Today was our first full day of sightseeing in Mérida.  We began with a hearty breakfast at the Café La Habana located a few blocks from our hotel.  Wes tried the most typical of Yucatecan breakfasts... "huevos motuleños", tortillas topped with refried beans and fried eggs, and then covered with tomato sauce, cheese, peas and ham. 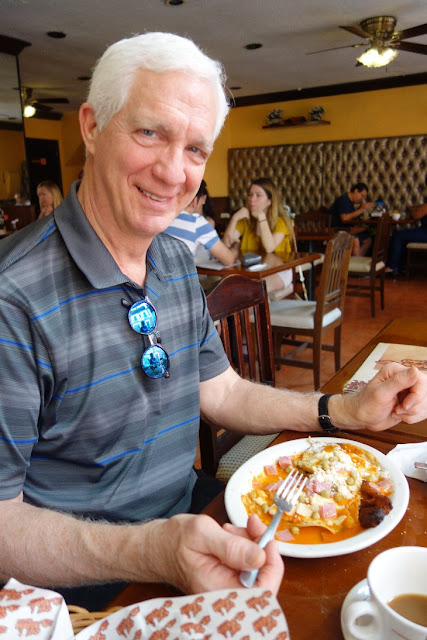 After breakfast we walked a couple more blocks to Mérida's town square, "La Plaza de Independencia".  First we visited with City Hall which was built in 1734. 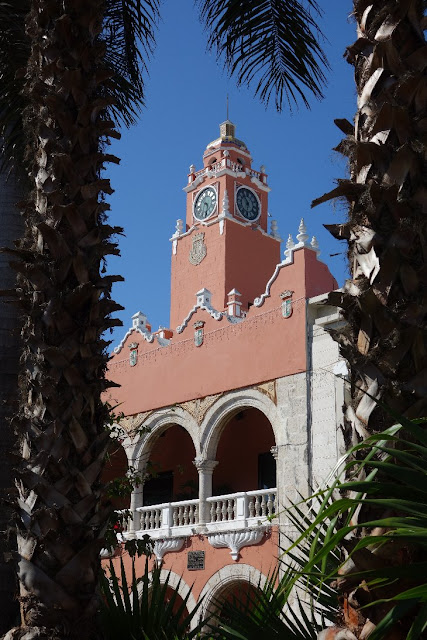 The Montejo House, built in 1549, is one of the oldest buildings in the city.  It was the residence of Francisco Montejo the Younger, the conquistador who brought most of the Yucatán Peninsula under Spanish control, and who founded the city of Mérida in 1542. 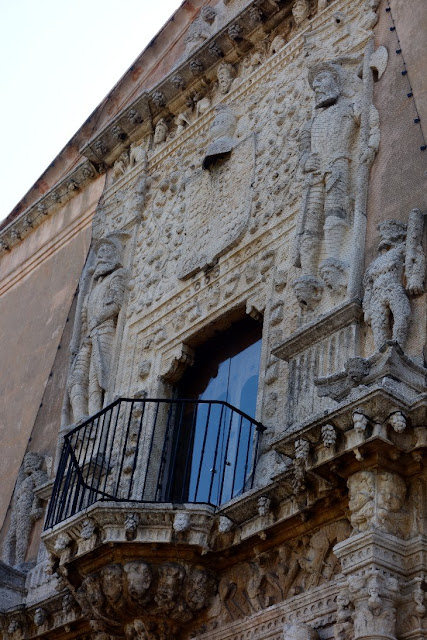 The carvings on the facade show Spanish soldiers standing on the heads of the vanquished Mayas, sending a clear message as to who was in control here.

The house is today a museum operated by Banamex (the Bank of Mexico).  Several of the rooms are furnished with 19th century antiques.  I told Gail and Wes to look up at the roughly hewn wooden beams in the ceilings.  Those are a clear indication of the building's antiquity going back to the early years after the conquest.   You can often tell how old a building in Mérida is by observing the beams in the ceiling. 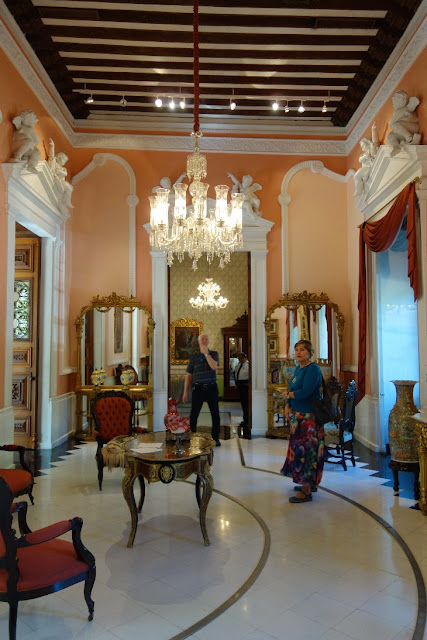 We also visited the adjacent handicraft shop which is operated by Banamex.  The shop showcases some of the finest of Mexican handicrafts, and Gail and Wes were quite impressed.  This "tree of life" ceramic sculpture in the form of Noah's ark was especially delightful. 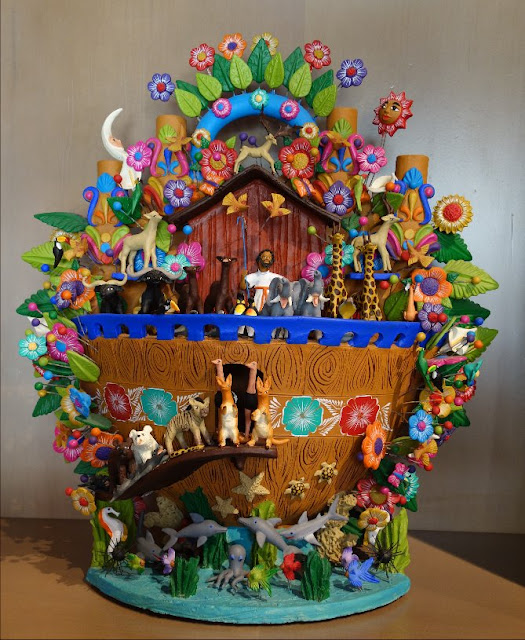 Our next stop was the Cathedral which was completed in 1598. 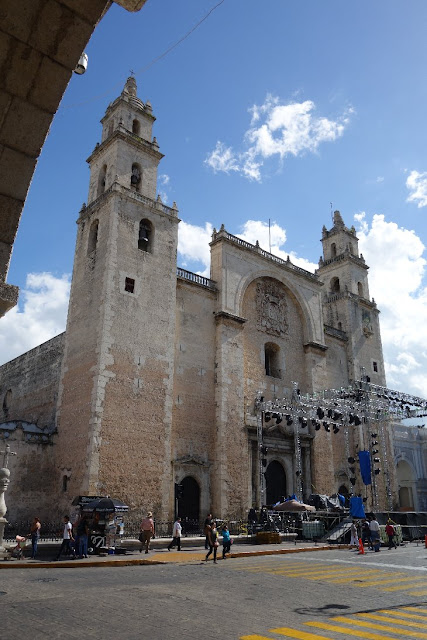 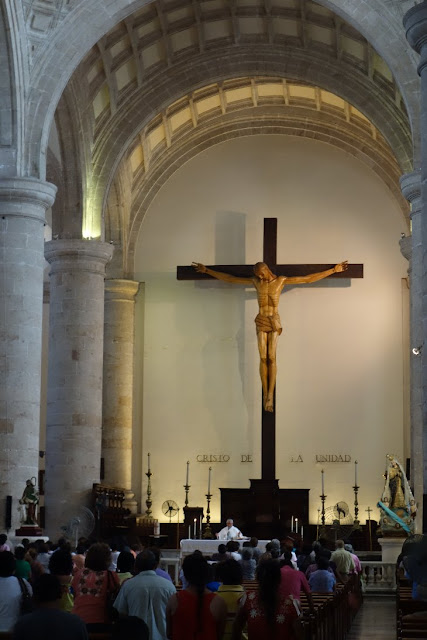 We finished our tour of the city's historic plaza with a visit to the Government Palace. 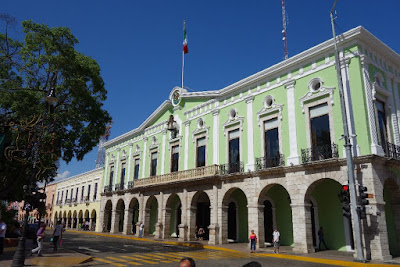 The building is decorated with large paintings done by the local artist, Fernando Castro Pacheco.  (He passed away last year at the age of 95.)  The paintings portray the history of Yucatán, especially the struggles of the Mayan people. 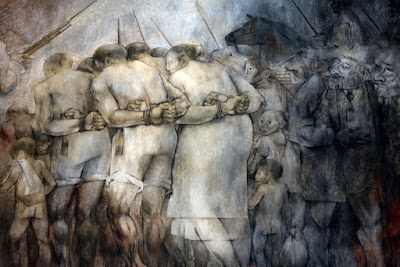 Gail and Wes pose with the Christmas decorations in the courtyard of the Government Palace. 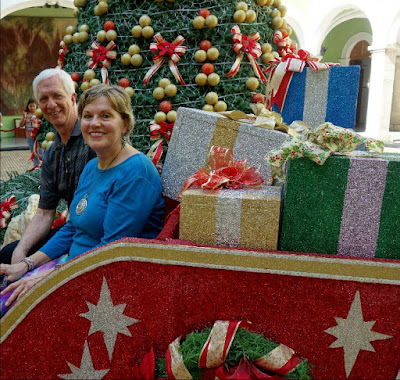