Alejandro saw a video about a residential and commercial development that has become something of a local tourist attraction because it is built to resemble a medieval Spanish village.  It is called Val'Quirico, and it is located about two hours away in the state of Tlaxcala.  On Saturday we decided to take an excursion to see the place.

It was another sunny, relatively smog-clear day.  We had nice views of the volcanoes, Popocatépetl and Iztaccíhuatl, as we drove along the highway leading eastward out of the city.  (Surprisingly, the air quality seemed to be better on the Mexico City side of the mountains.) We crossed the mountains into the state of Puebla, and got off the highway.  Just after passing the border into the state of Tlaxcala, we had arrived at Val'Quirico.

The real estate development is built around the ruins of a 19th century hacienda. 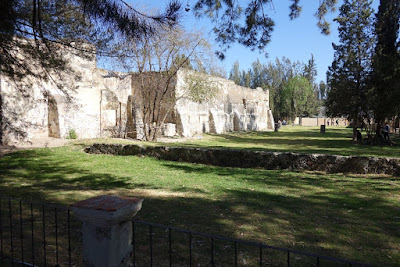 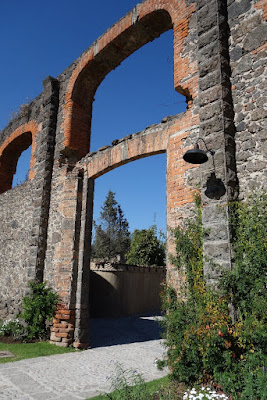 The project was begun a couple years ago. Only a few houses have been built,  but the commercial center is largely completed.  It is constructed as an idealized version of an old Spanish town.  It is picturesque in a cutesy, "stage set" sort of way. 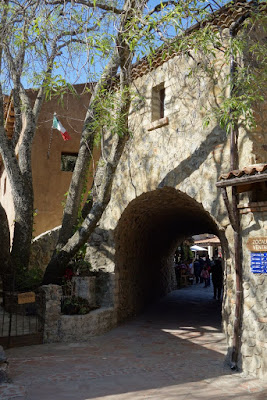 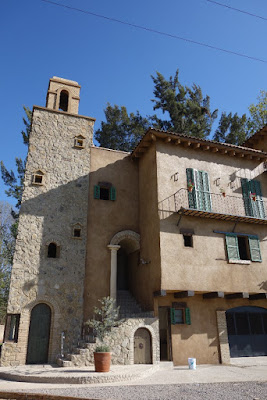 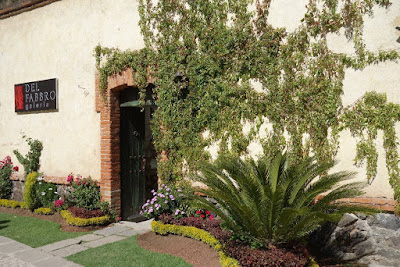 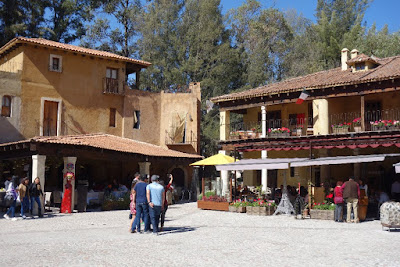 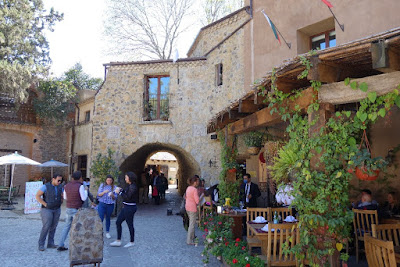 There are boutique shops, galleries and a variety of restaurants which all seem to be quite pricey.  We chose not to eat there, but we did stop in a shop for some ice cream.  One scoop cost 40 pesos (around $2 US), rather outrageous by Mexican standards.  In spite of the prices, the restaurants were full of Mexican families on a weekend outing.

Although the commercial development seems to be doing quite well, I wonder how the residential development will fare.  Will the homes be mainly weekend retreats?  I really cannot imagine anyone living full time here, far from supermarkets and schools, and having to commute into Puebla to work.

We spent perhaps a little over an hour here, and then headed back to Mexico City. 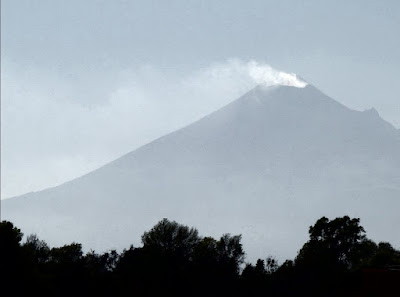 The smoldering volcano "Popo" as seen from Val'Quirico.
Posted by Retired Teacher at 12:26:00 PM