Once upon a time one of the gifts which I would buy for friends back home was vanilla extract.  You could buy large bottles of pure vanilla extract in Mexico for a fraction of what a little bottle in the U.S. would cost.

Before I left on this trip, a friend of mine asked me if I could bring back some vanilla for her.  She had just about finished up a bottle which I had bought her years ago.  (It has probably been more than 30 years since I bought vanilla in Mexico, so that should give you an idea how large those bottles were.)

Since I always bought the vanilla extract in the state of Veracruz, I asked Alejandro where I could find it in Mexico City.  He said that my best bet would be to try the San Juan Market.  So today I got on the subway and headed to the market.

The market is not in a dangerous neighborhood, but it is certainly not one of the city's most beautiful areas.  I suppose that you would say that the neighborhood has a lot of "character". 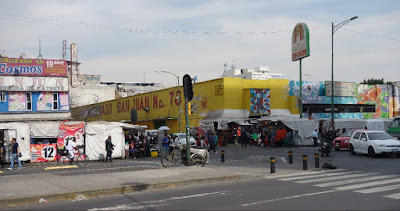 As you get off the subway you see a "Mercado San Juan" right across the street.  But that was not where I wanted to go.  There are several "San Juan" markets all within a few blocks of each other, and each has its own specialty.  The market I wanted was the one which specializes in exotic and gourmet foods.  (A lot of gourmet restaurant owners go there to buy their supplies.)

Fortunately I have been there before, because the market is in a nondescript building with no sign. 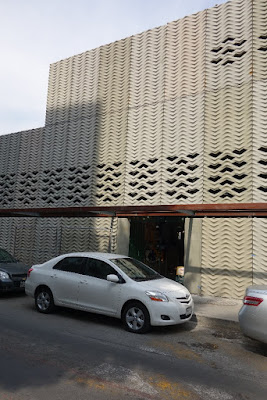 The sights and smells in any Mexican market can sometimes be rather strong for a "gringo" used to supermarkets with packaged food.

In this butcher stall, a young fellow was skinning baby goats. 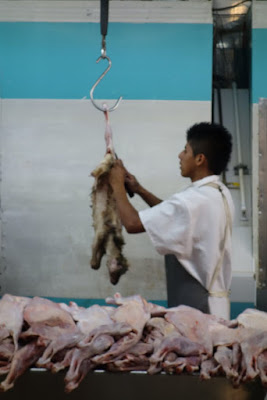 That stall also had venison and wild boar for sale.

This poultry stall offered not just chicken and turkey, but also ostrich, pheasant and foie gras. 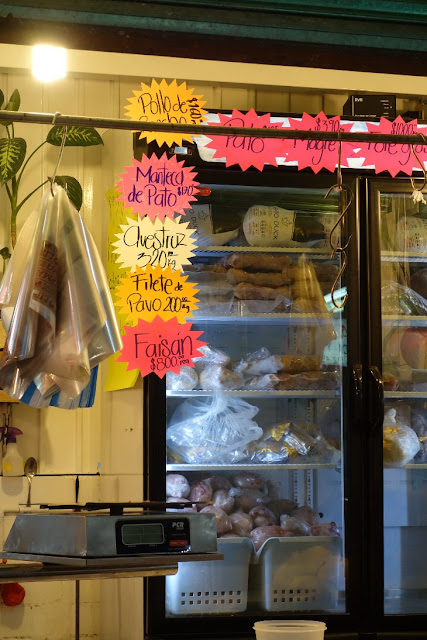 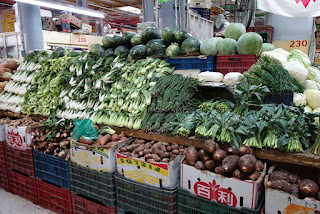 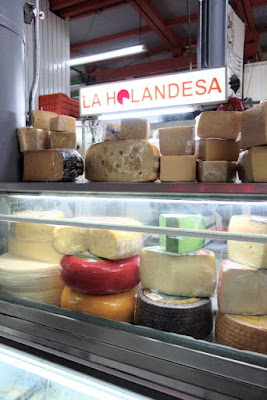 Cheeses and meats imported from Europe

I asked where I would find vanilla extract, the real stuff from Papantla, Veracruz.  I was directed to a stall at one end of the market.  The fellow there had plastic bottles, maybe a half liter in size, filled with vanilla extract.  A bottle cost 300 pesos (about $15 US).  That was a lot more than I remember paying in the old days!  I was rather suspicious because these plastic bottles had no labels on them.  So I continued my search.

Finally I came across a stall selling marmalade and even maple syrup from Canada. 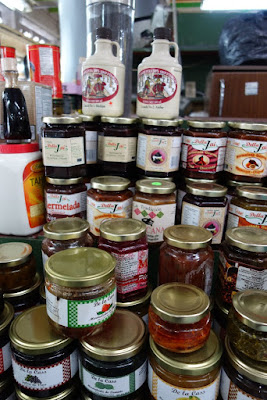 I asked the vendor if he had any "extracto de vainilla de Papantla".  Yes, he had small bottles, about the size you might find in the grocery stores back home.  It was labeled in both English and Spanish, but it was from the state of Veracruz.  It cost 120 pesos (around $6 US)... more than I used to pay for those big bottles years ago. 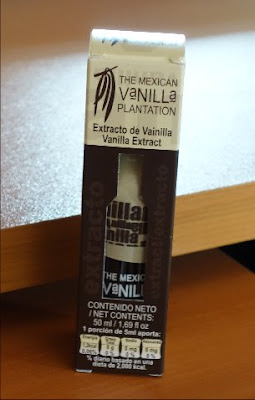 I went ahead and bought a bottle.  It won't be what my friend is expecting, but times change!

Having accomplished that mission, I walked to Madero Street, the heart of Mexico City's historic center.  I headed to this ornate, 19th century building. 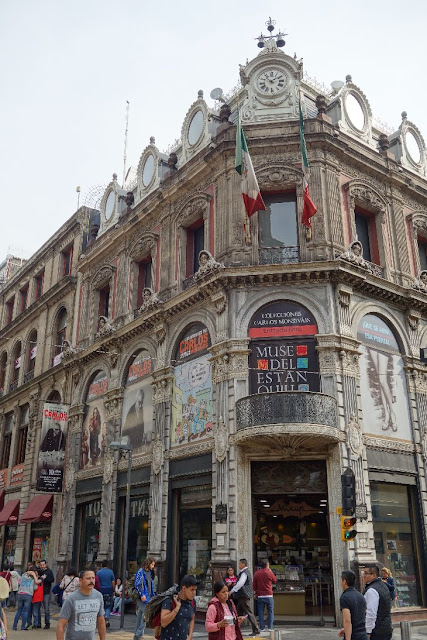 On its ground floor there is a branch of "Mixup", a chain of music / video stores. 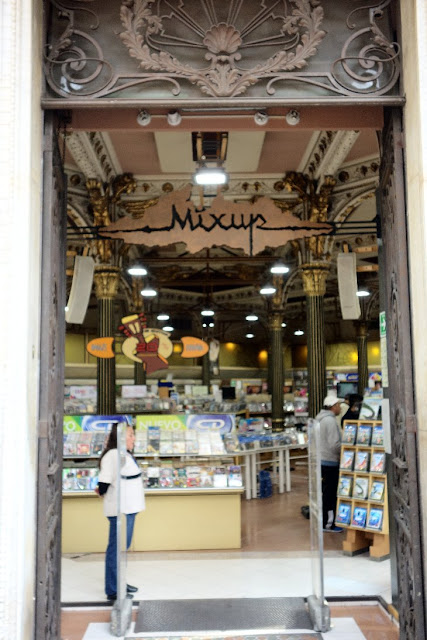 My cousin Gail had expressed an interest in buying a CD by Mexican singer Alejandro Fernández, so I went here to find one for her.  I selected a disc that includes a number of traditional songs, some of which she will surely recognize.  (So, Gail... I know that you will be reading this... now you have an image of the store where your CD was purchased!)
Posted by Retired Teacher at 8:29:00 PM