About a week ago I wrote about some of the construction projects along the Paseo de la Reforma.   I passed  by a couple more sites where major skyscrapers are going to go up.

An ambitious project is underway near the Monument to Christopher Columbus (Cristóbal Colón). 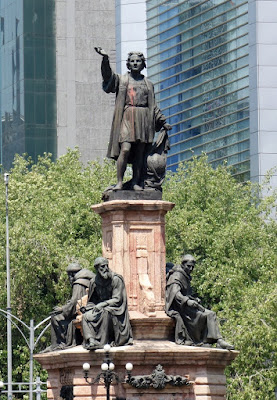 Across the boulevard is large, empty parcel of land which will be the site of the Torre Colón. 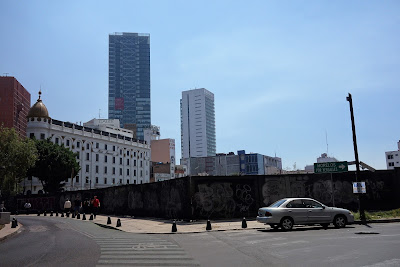 The tower is supposed to be completed by 2021, although I find that optimistic given the fact that construction has barely begun.  When finished it will have 65 stories and will be the tallest building in Spanish America.  Plans call for it to eventually be surrounded by four other towers.


A short walk down the Reforma leads to another monument, the Monument to Cuauhtémoc, the last Aztec emperor. 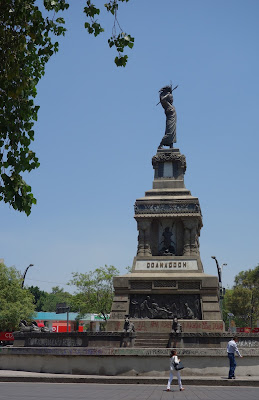 Nearby is one of the elegant old mansions that once lined the entire boulevard.  It now houses the University Club, a private club. 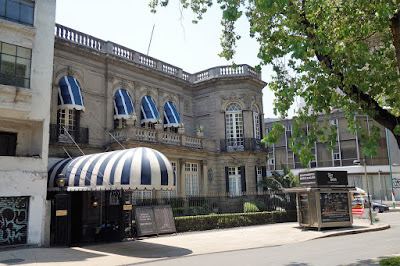 Right behind the University Club construction has begun on another high-rise, University Tower. 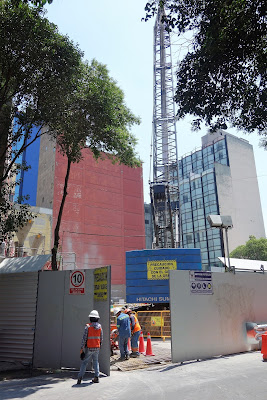 The 57 floor tower will contain and a hotel and luxury condominiums.  It is scheduled to be completed in 2022.


I have to say that I worry that the building boom in Mexico City is a bubble that is going to burst.  Some economists say that Mexico is already entering a period of recession.  The President, López Obrador, dismisses such worries, but the statistics for the first quarter of 2019 were not good, and the Mexican stock market has been on a downward track in recent weeks.  If the recession is in the near future, I wonder how many of these projects are going to be completed.
Posted by Retired Teacher at 8:14:00 AM