Today I went to Mexico City's National Museum of Art to view a special exhibit on one of Mexico's most eccentric 20th century painters, Gerardo Murillo (1875 - 1965), who went by the name of Dr. Atl. 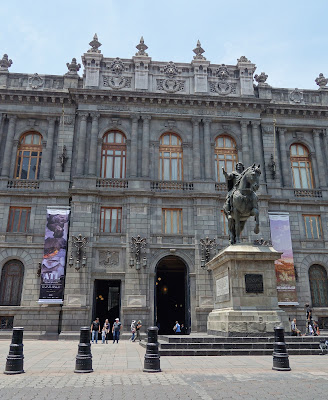 Dr. Atl was obsessed with mountains, particularly volcanoes.  If you have ever attended a performance of the Ballet Folklórico, the enormous glass stage curtain with the painting of the two volcanoes, Popocatépetl and Iztaccíhuatl, was designed by him. 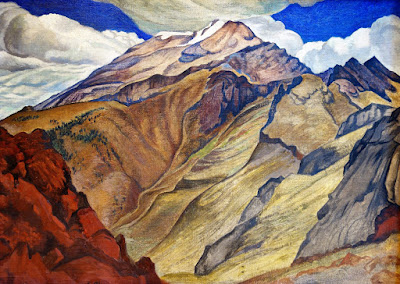 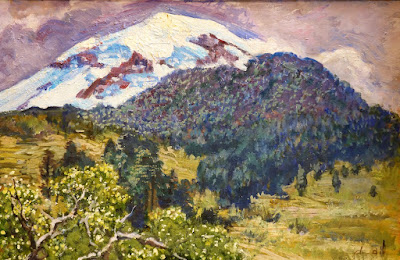 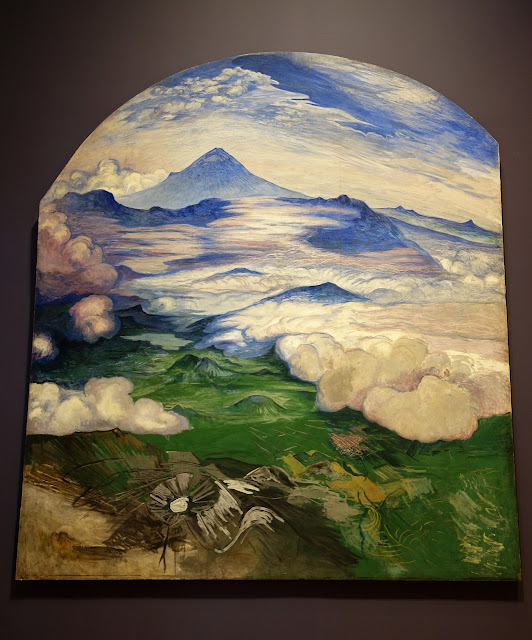 In 1943 in a cornfield in the state of Michoacán a fissure spewing sulfurous gases appeared. It was the birth of the volcano Paricutín.  Within twenty four hours it had grown to a 165 foot high cone.  Within a week it was 500 feet high, and it eventually attained a height of 1391 feet in 1952 when it stopped erupting.

Photo and film of the eruption of Paricutín 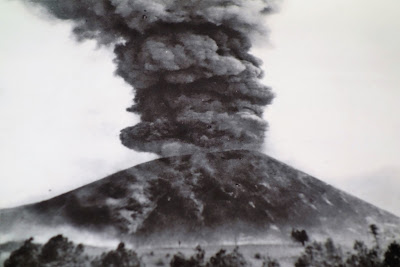 Dr. Atl dropped everything and went to view the historic geological event.  He spent the next two years taking notes, and doing sketches and paintings of every aspect of the eruption. 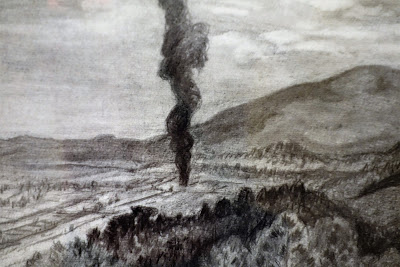 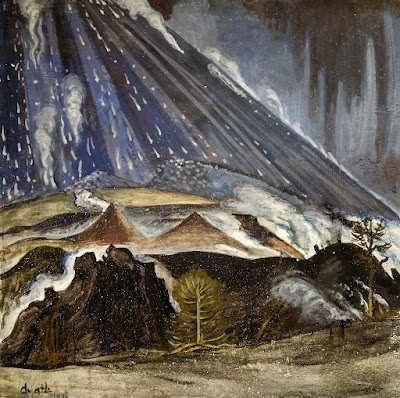 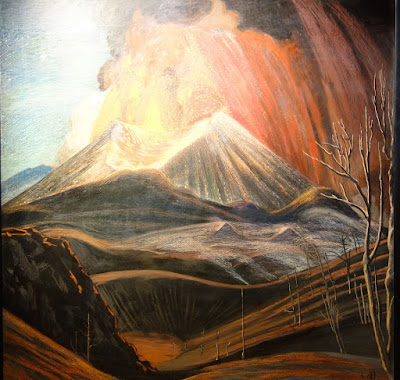 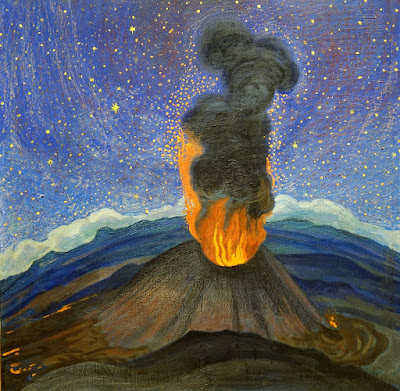 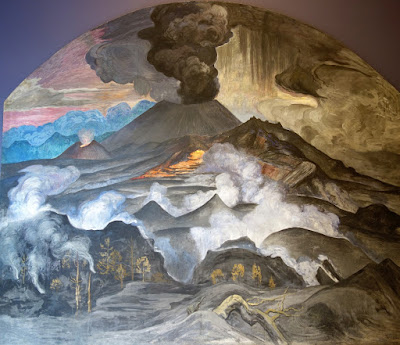 Dr. Atl presents a philosophical quandary.  As a painter he was an important influence on 20th century Mexican art.  However, his personal beliefs were reprehensible.  He was a rabid anti-Semite, and in the 30s and 40s he was an admirer of Hitler.  I find it difficult to separate the artistic work from the despicable views of the man.
Posted by Retired Teacher at 8:24:00 PM