A City that Dances (Part One)

Last Sunday Alejandro and I went downtown, unaware that, due to the wildfires in the forested fringes of the city, the government had issued an air quality advisory.  We were also unaware the conclusion of a dance festival was being celebrated that day.  The air quality was certainly not stopping the performers from dancing with gusto. 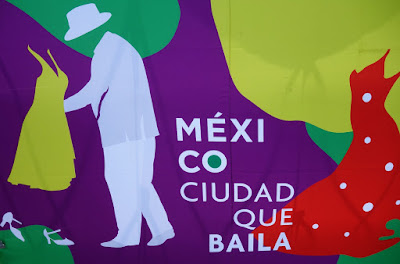 In the Alameda Park there were several groups performing Mexican folk dances.


It was a hot day, and the men must have been sweltering in their heavy costumes. 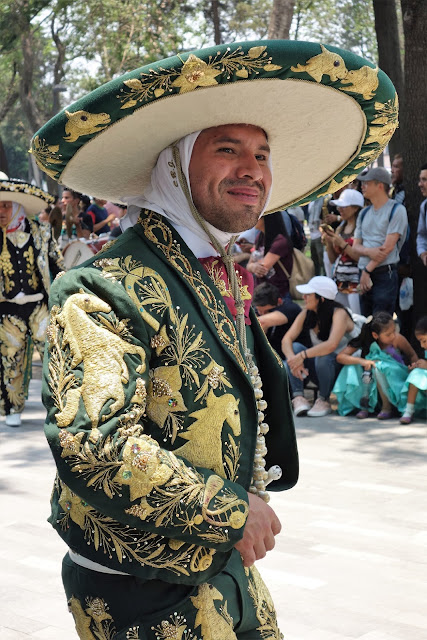 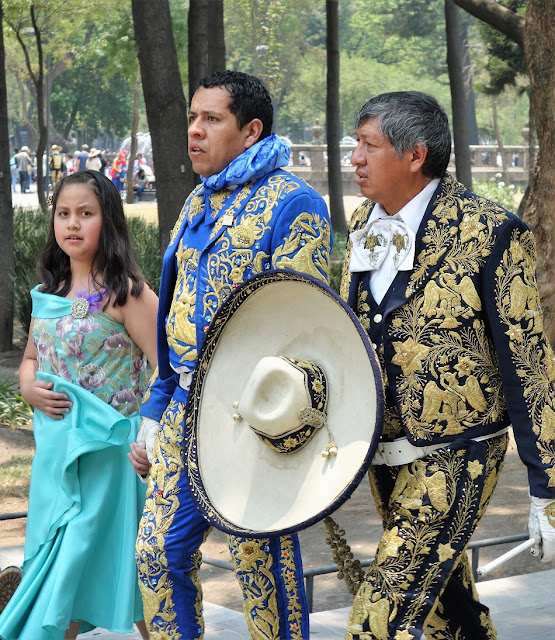 A short distance away another group was performing... of all things... Polynesian dances. 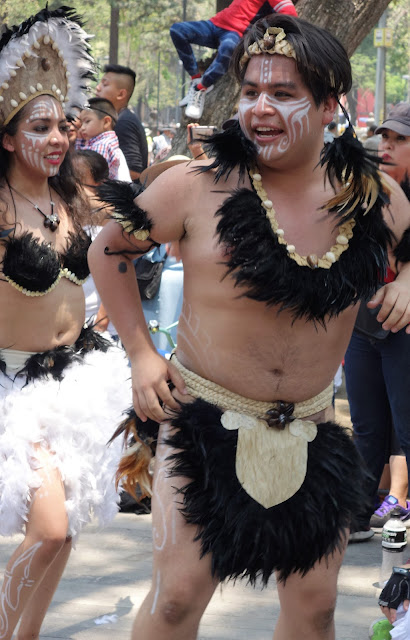 At one end of the Alameda, next to the Palace of Fine Arts, a tent and stage had been set up.  A group was performing on African drums. 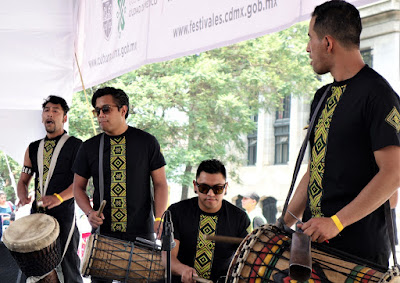 Next on the stage was another group performing Mexican folk dances.

Next a couple performed Spanish flamenco.  I am not an expert on flamenco, but we both thought that they were very good; better than some that I have seen.  The man's footwork was especially impressive.


After the flamenco there was a modern dance group that gave a truly bizarre performance that I christened the "dance of the zombie prostitutes".   At that point we left and wandered around the "Centro Histórico".  Before the day was over, however, we encountered more dancing.  But that will wait for the next post.
Posted by Retired Teacher at 2:27:00 PM