The Rest of the Way Home

I arrived home in Cleveland yesterday at 6:00 P.M., about a half hour ahead of schedule.  My flight from Houston was on an Embraer jet, one of those little planes that I refer to as "puddle-jumpers".  The one thing that I don't like about those small planes is that my larger carry-on bag does not fit in the overhead bins, and I have to check it as I board the plane.  However, as I got on the jet, there was no one checking luggage.  Lo and behold, the overhead bins were big enough for my suitcase.  Before we took off, the flight attendant announced that we were on the newest model of Embraer jets, and one of the improvements is larger bins.

I had a window seat, and I took some photos as we began our descent for Cleveland. 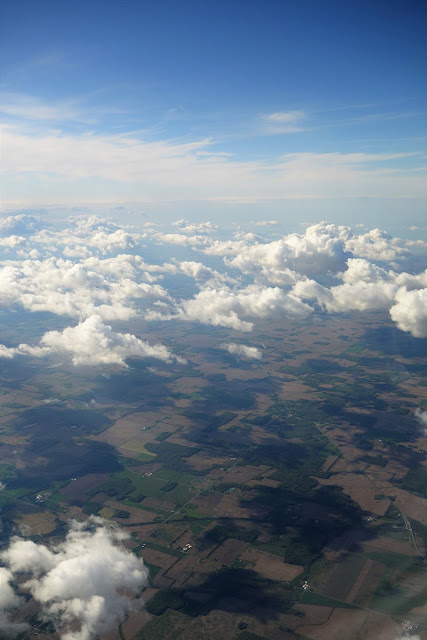 Flying over the farmlands of Ohio 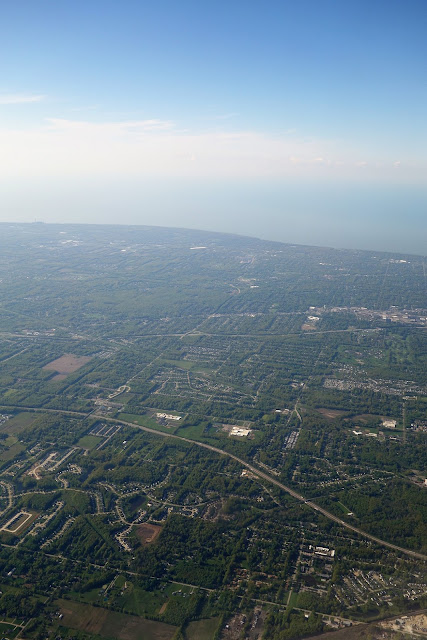 We reach the western suburbs of Cleveland.
The highway crossing the lower portion of the photo is the Ohio Turnpike.
At the top, you see the shoreline of Lake Erie. 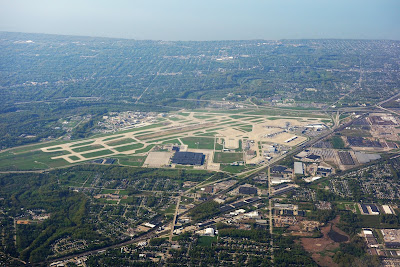 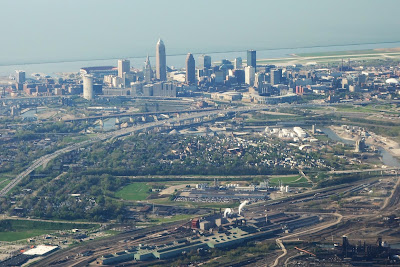 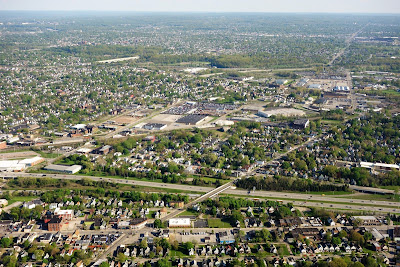 ...before turning back toward the airport. 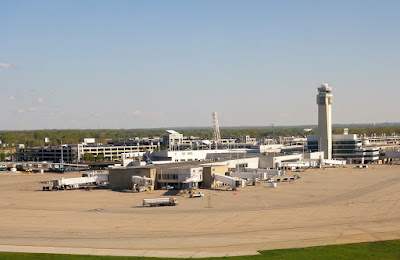