A House of Antiques

On Thursday I visited one of Mexico City's newest museums, a place which opened in December of last year.  It was the home of Guillermo Tovar de Teresa, an historian, author, and art collector.

The house dates back to 1910 when Roma was one of the most fashionable neighborhoods in the city. 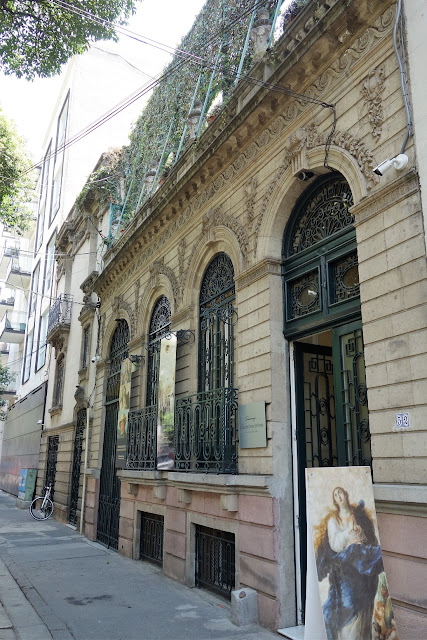 The house had fallen into ruin, but in 1995 Tovar de Teresa bought the property and restored it.  He moved in, bringing with him his large collection of paintings and antiques, primarily from the colonial period of Mexico and the 19th century.  After his untimely death in 2013 at the age of 57, the house and the collection was acquired by billionaire Carlos Slim.  The Casa Guillermo Tovar de Teresa is now the third property which is part of Slim's Soumaya Museum.

The museum is small, but it is chock-full of art and antiques. 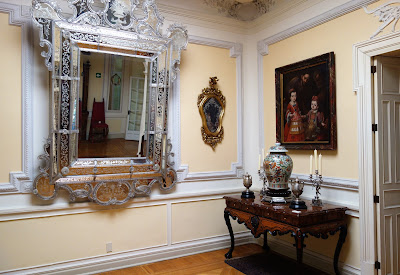 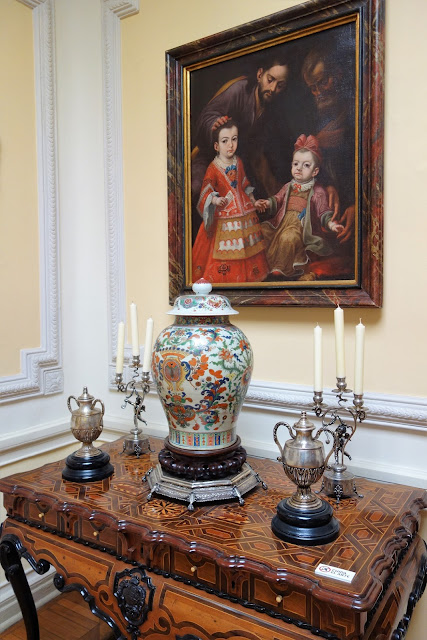 The entry hall of the house 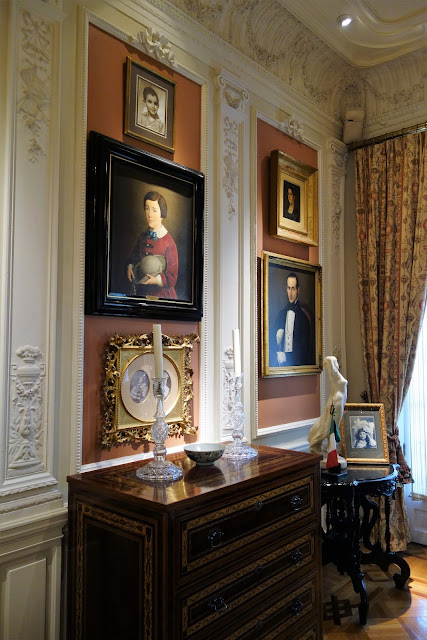 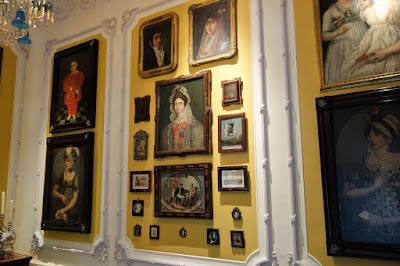 A wall full of portraits from the 18th and 19th centuries 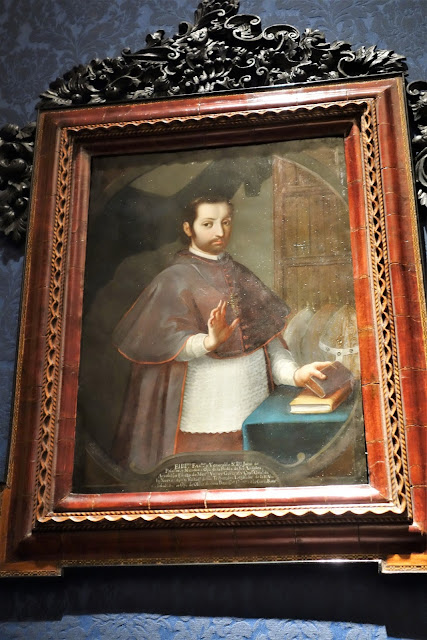 This portrait of Juan de Palafox, bishop of Puebla and Viceroy of New Spain,
was painted by Miguel Cabrera, who was considered the greatest painter of colonial Mexico. 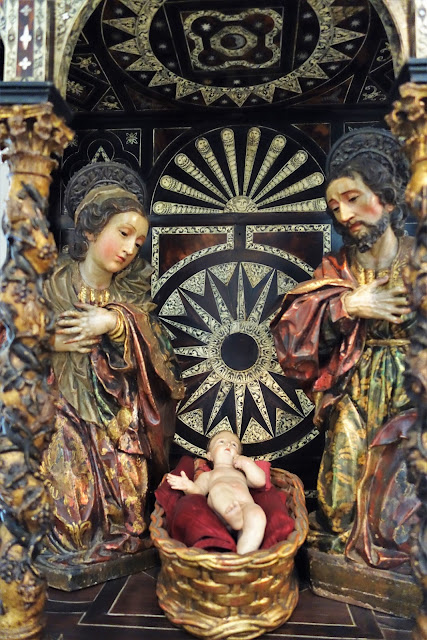 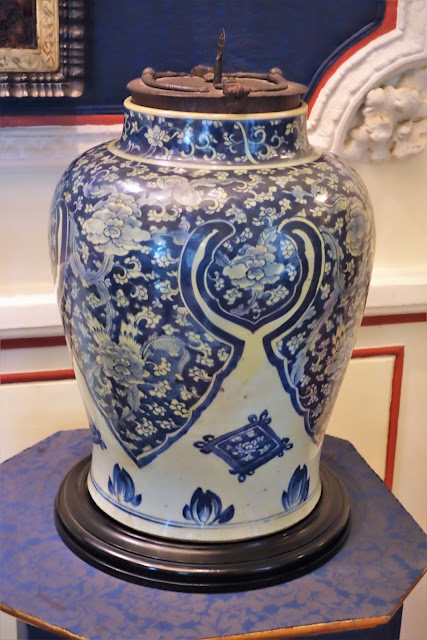 A Chinese porcelain jar from the 1600s 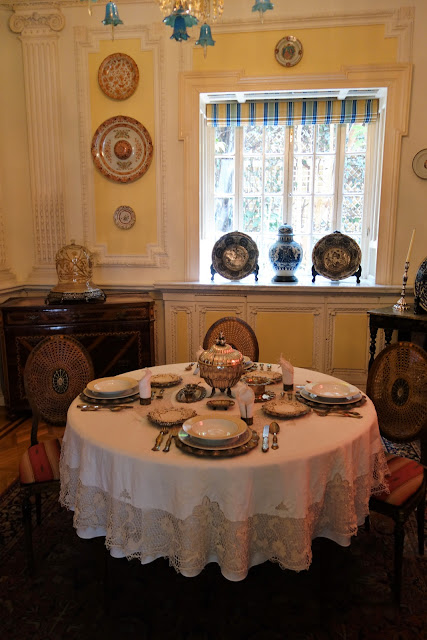 The dining room features a collection of antique Talavera plates. 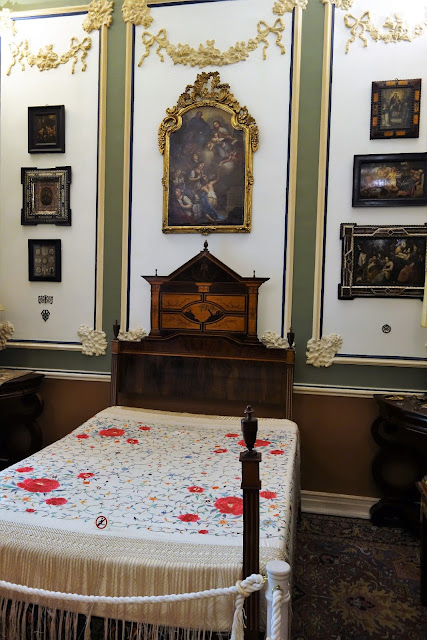 Tovar de Teresa's downstairs bedroom
After suffering a fall, he moved his bedroom to the ground floor.
That fall resulted in an undiagnosed internal hemorrhage which was ultimately the cause of his death. 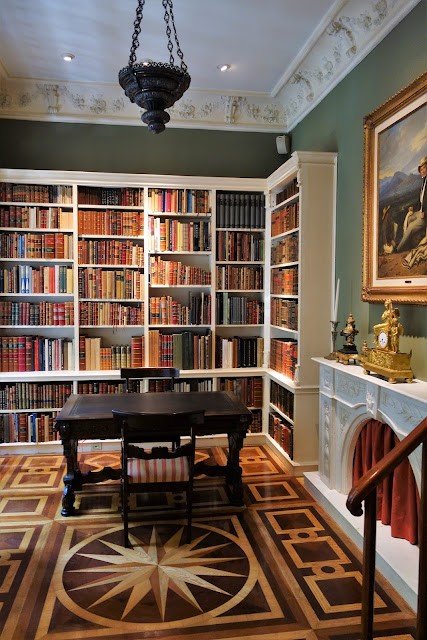 His library, which contains numerous rare and historic volumes

The house is located on Valladolid Street in the neighborhood of Roma Norte, and, like Slim's other museums, admission is free of charge.
Posted by Retired Teacher at 8:59:00 AM