Today is Mothers' Day in Mexico (here it is always celebrated on May 10th), so I thought that it would be appropriate to visit the Monument to Mother.  The monument is located along Insurgentes Avenue not far from the Paseo de la Reforma.  The plaza in front was recently renovated and a parking lot built beneath it. 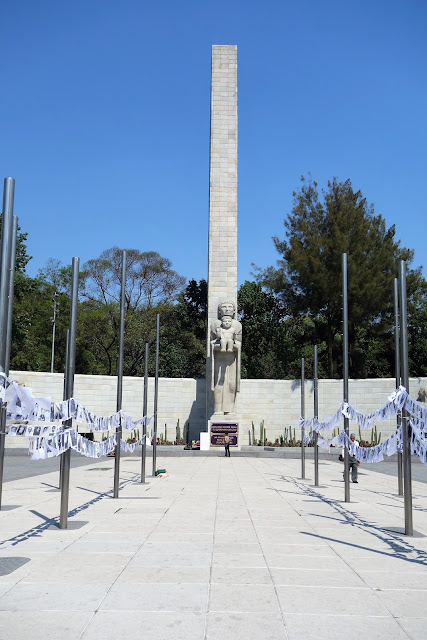 The monument was built between 1944 and 1949 in art deco style.  The central statue is of a mother and child.  They both look quite stern and formidable! 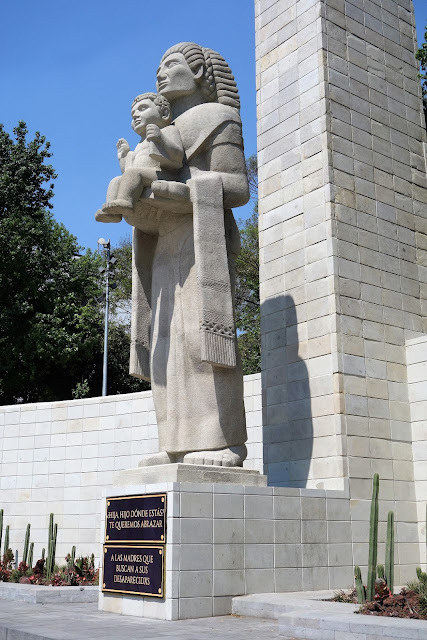 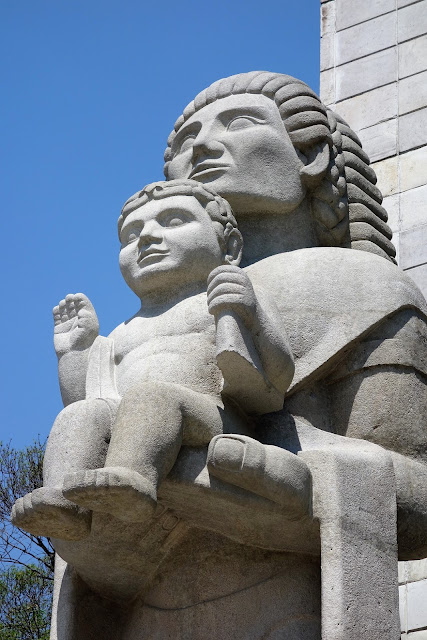 Until doing a bit of research on the monument later, I did not know the statue collapsed in the 2017 earthquake.  Using the original pieces it was reconstructed and re-inaugurated last November.

Now the story takes a very sad turn.  I noticed that the plaques on the base of the monument were covered with very professionally printed posters. 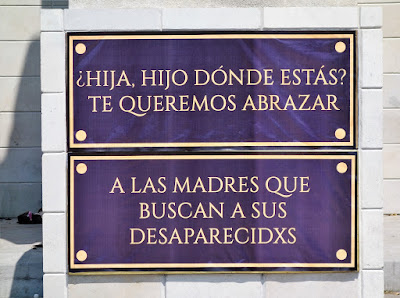 
"Daughter, son, where are you?
We want to embrace you"

"To the mothers who search for
their disappeared"

Pasted to the planters, and hanging from ropes across the plaza, are the photos of missing people. 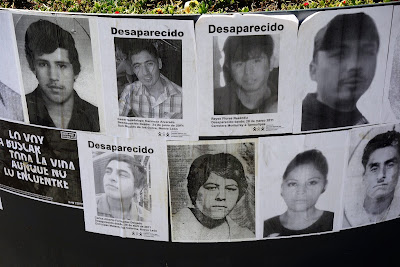 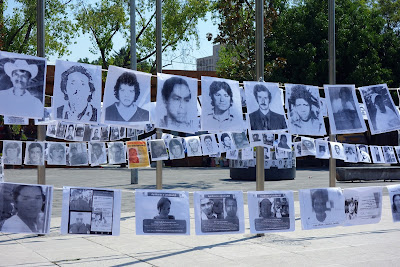 Obviously earlier in the morning there had been a protest march here.  In cities across the nation mothers have marched today demanding that authorities find their missing sons and daughters, or at least find their bodies.  Since the beginning of the "Drug War" in 2006, around 40,000 people have disappeared. 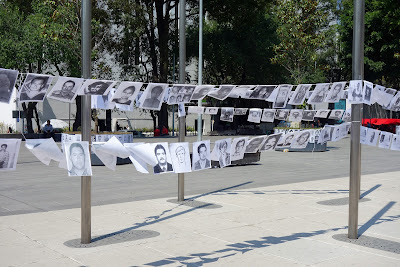