On Sunday we had planned to rent bikes and take Cliff and Jeramie on a ride down the Paseo de la Reforma.  The tree-lined boulevard is closed to traffic each Sunday, and is taken over by cyclists and pedestrians.  However Cliff was feeling a bit under the weather, so we decided to do something a bit less strenuous.  We went instead to one of my favorite small museums in Mexico City, the Museum of Popular Arts.  It showcases the rich variety of handicrafts from all over the nation. 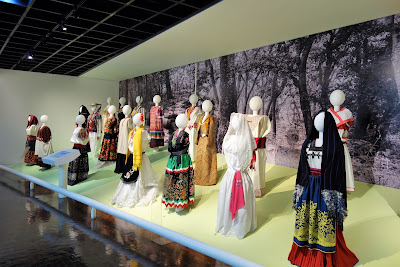 A display of traditional attire from different regions of Mexico 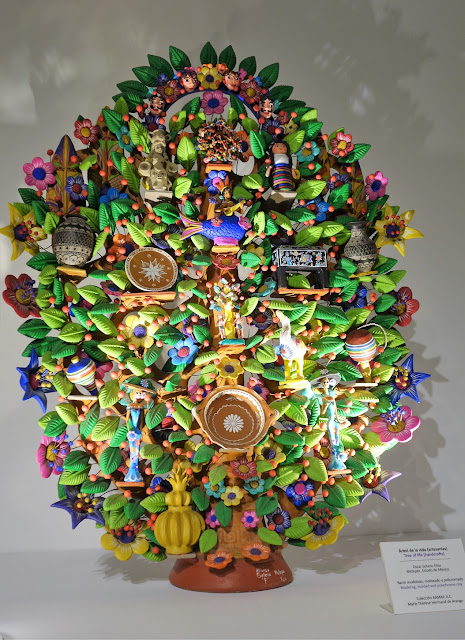 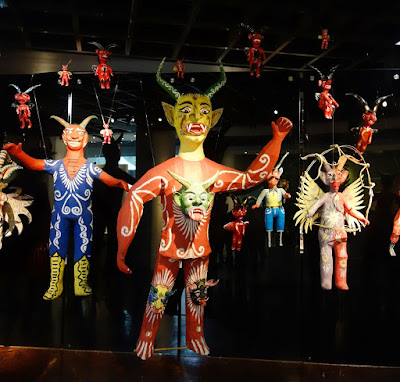 The larger than life size papier mache "Judas" figures that are traditionally set aflame on the day before Easter. 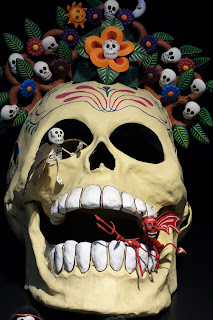 Decorations associated with the celebration of "Day of the Dead"

As an added treat, a folklore ballet troupe was performing in the courtyard of the museum.  We watched a good portion of the performance from the balconies above.