As I mentioned in my last post, yesterday was Alejandro's birthday.  In the afternoon, before he returned from work, I headed out by myself to buy him a birthday cake.  The are several major bakery chains ("Esperanza" is probably our favorite), but none of them are within walking distance of the house.  The previous day we walked by a nearby bakery, but Alejandro said that their cakes are too sweet.  (Both Alejandro and his father are diabetic, and really should not be eating cake.  But for a birthday they will make an exception.)

Just two blocks from the house is a place that looks rather fancy for the neighborhood.  It is called "Créme ¨Brúllée". 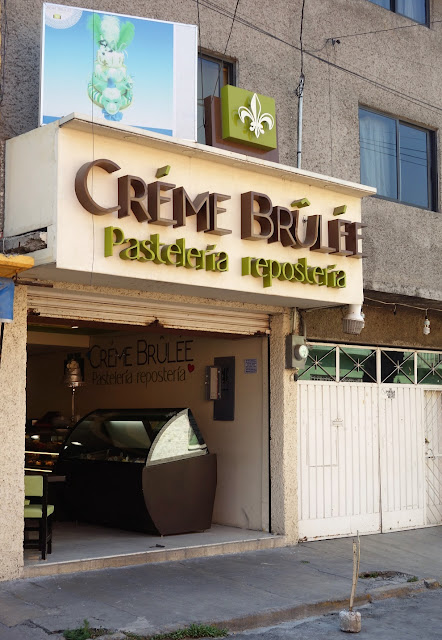 I walked inside.  The selection is not as large as the big chain bakeries, but there was a case filled with very tempting cakes. 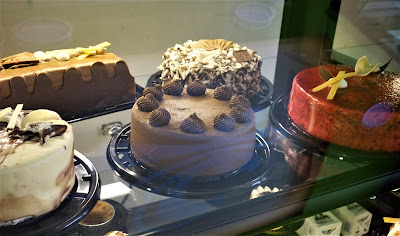 By Mexican standards, I suspect the prices are rather expensive.  The smaller cakes cost 290 pesos.  At the other nearby bakery they cost 200 pesos.  I am not aware of cake prices in the United States, but, at less than $15, these would probably be rather inexpensive by our standards.

I made a selection and took it back to the house. 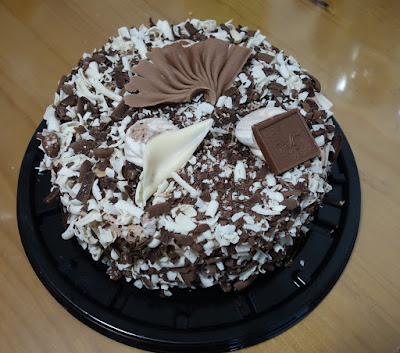 I hope that everyone likes "chocolate cheese".