A Letter to the Mexicans

The program for yesterday's performance of "Les Misérables" included an interesting letter which was written by Victor Hugo, the author of the novel upon which the musical is based.  It was written in 1862 and was directed toward the Mexican people. 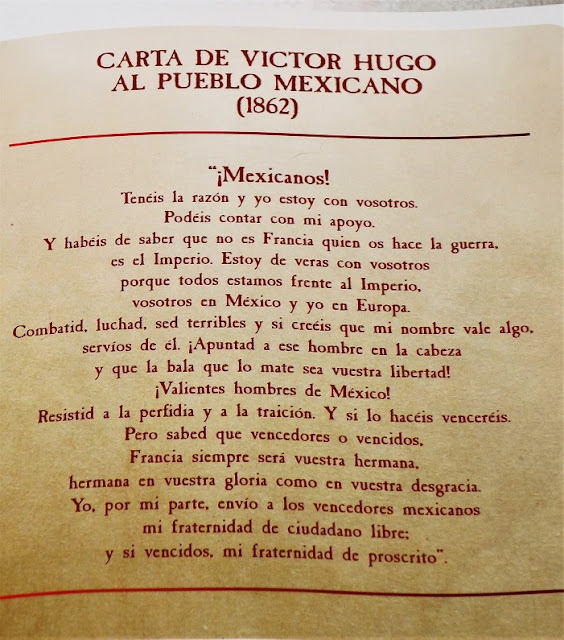 You may remember from your history books, or perhaps from this blog, that in 1861 Emperor Napoleon III invaded Mexico with hopes of making it a puppet state of the French empire.  Hugo was an anti-monarchist and opposed the invasion.

He began his letter...


Mexicans!
You are in the right, and I am with you.
You can count on my support.
And you have to know that it is not France that is making war against you,
it is the Empire.


Valiant men of Mexico!
Resist the perfidy and treachery.  And if you do, you will overcome.
But know that in victory or defeat,
France will always be your sister.

That was written in the very same year that "Les Misérables" was published.  And today as we receive the sad news that the Cathedral of Notre Dame in Paris is ablaze, I am reminded of Hugo's second most famous novel, "Notre-Dame de Paris", better known to English speakers as "The Hunchback of Notre Dame".