On Saturday, Alejandro drove Cliff, Jeramie and me to the archaeological site of Teotihuacán, about thirty miles to the north of Mexico City.  More than fifteen hundred years ago, Teotihuacán was a city with a population of a quarter of a million people.  Its economic and political influence spread throughout central Mexico and southward into the land of the Mayas.

You may remember the visit we took with my friends Nancy and Fred last fall.  We followed more or less same route in seeing this enormous site.  Alejandro parked the car at the lot closest to the Pyramid of the Sun so that we could scale that structure, the third largest pyramid in the world, before we were too tired. 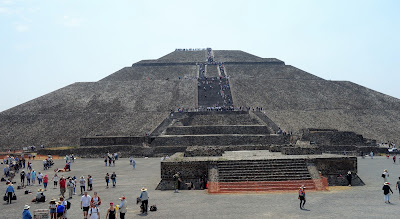 Cliff has a fear of heights, but he made it to the top with us.  The climb is rather physically demanding… the height of the steps, the altitude and the poor air quality that day all combine to make it more difficult.  The descent, while easier, is scarier.  Cliff admitted that he was terrified. 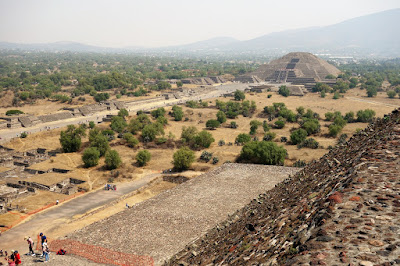 The view from the top

The crowds of tourists climbing the pyramid are now restricted by ugly, mesh fences that were not there when I visited last October.  I am not sure if these fences have been put in place for the safety of the visitors, or to protect the pyramid from damage.  Alejandro said that there are rumors that the Pyramid of the Sun is going to be closed to climbers. 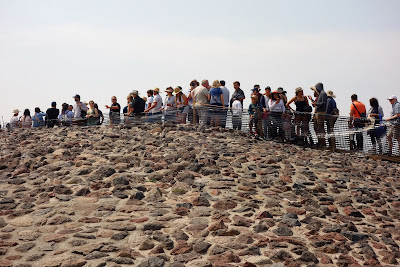 After descending we then walked down the Avenue of the Dead, the main street of the ancient city.  The Aztecs were the ones who gave it that name.  When they came upon the site, centuries after the city's abandonment, they thought that dirt covered ruins along either side, were burial mounds.  The avenue leads to the smaller, but still impressive, Pyramid of the Moon. 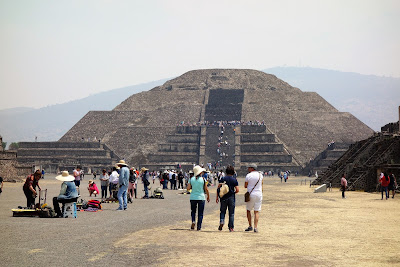 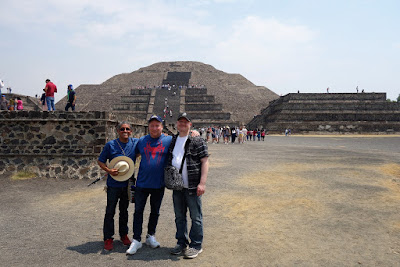 Although you can only climb a portion of the Pyramid of the Moon, the steps of the section that can be climbed are quite steep.  Cliff at first said that he wasn't going to go up, but then decided to join us.  The view from there offers a majestic panorama of the Avenue of the Dead and the Pyramid of the Sun. 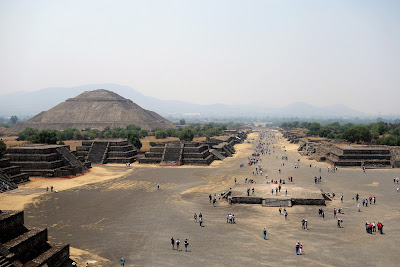 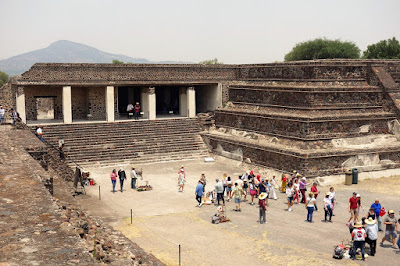 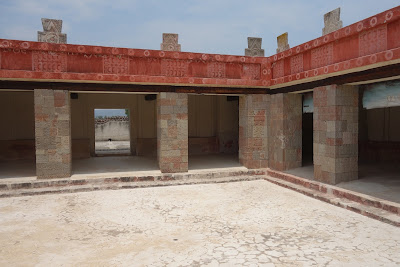 Behind that is another complex, which we did not visit when Nancy and Fred were here.  It is called the Temple of the Jaguar, and it features traces of original mural paintings and carvings. 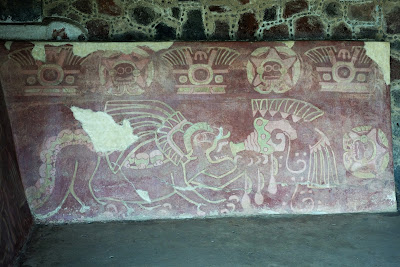 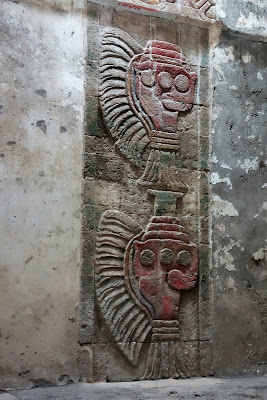 Instead of backtracking along the Avenue of the Dead on foot, from the exit by the Pyramid of the Moon, we took a bus to go back to where the car was parked.  We took a break and went to a nearby restaurant for lunch.  We then drove to the final portion of the archaeological site, the complex of structures with the Spanish called the Citadel, because it reminded them of a fortress.  In the center is yet another pyramid, the Pyramid of the Feather Serpent (visible in the background). 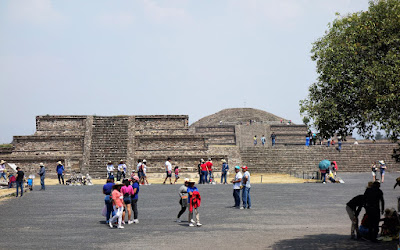 That smaller pyramid is noteworthy because you can see where archaeologist cut away through the middle of the structure to reveal an earlier temple adorned with carvings of the Feather Serpent god and the rain god. 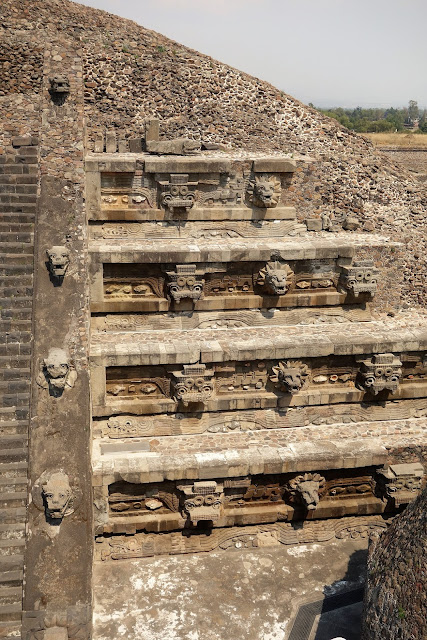 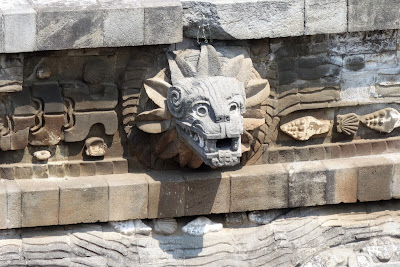 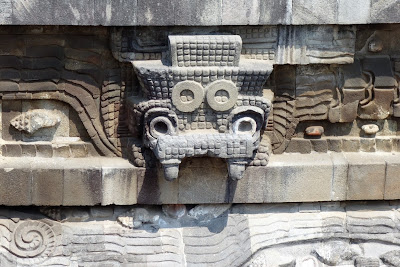 It was a tiring day, but a fantastic visit to one of the great archaeological sites of the world.  I give Cliff kudos for conquering his fear and climbing all the pyramids.