An Afternoon at the Theater

For quite some time a Spanish-language production of the musical "Les Misérables" has been playing in Mexico City.  Alejandro and I have been saying that we should go see it.  About a month ago he told me that its run was going to end in April.  I told Alejandro to go ahead and order tickets for the weekend after his birthday, and that it would be his birthday present.

He got tickets for Sunday's matinee.  We went to the Telcel Theater in Plaza Carso, an upscale development built by billionaire Carlos Slim in the ritzy neighborhood of Polanco. 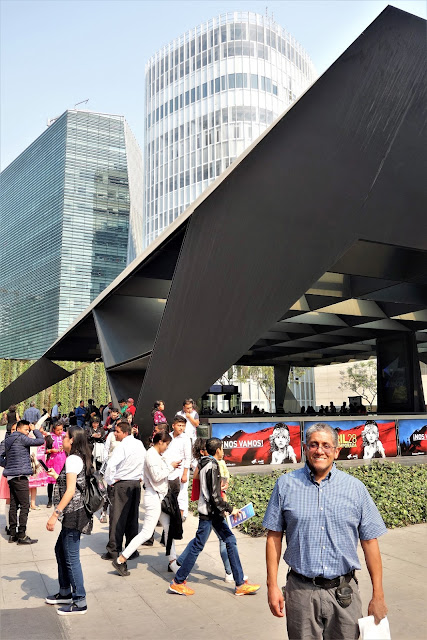 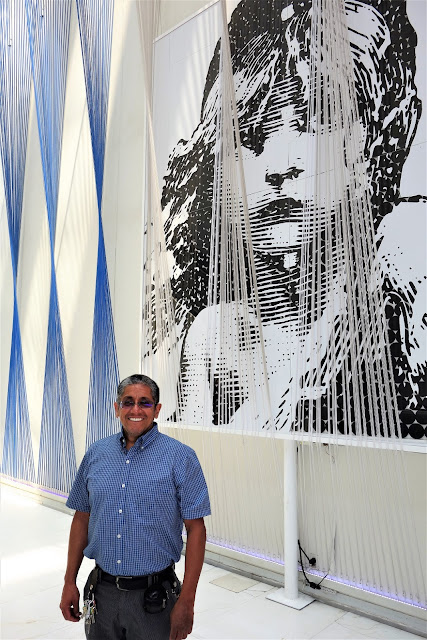 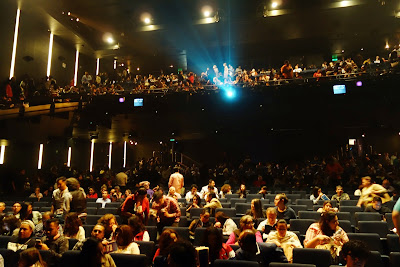 Alejandro got tickets for the front row, the only good seats that were left.  We were a bit worried that the seats might be too close, but as it turned out, they were fantastic.  We could see every expression on the faces of the actors.

The production was incredible.  On one of Alejandro's trips to Ohio, I had taken him to a performance of the musical at Playhouse Square in Cleveland.  That was a great show, but this was even better.  Everything... the acting, the singing, the staging, the music (a live orchestra in the pit) was first rate.  This was no low budget, "little theater" production, but a show that was the equal of what one would see on Broadway or London's West End.  The actors who played the roles of Jean Valjean, Javert, Fantine and Eponine were especially outstanding.  I admit that I did not catch all of the Spanish lyrics, but fortunately I was familiar enough with the play that it didn't matter.  I don't know if was because of our front row seats, but the performance was incredibly moving. 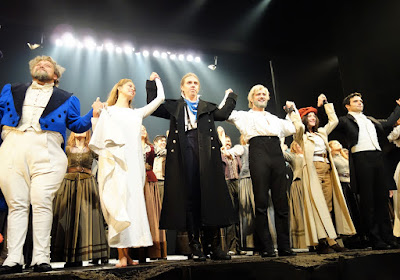 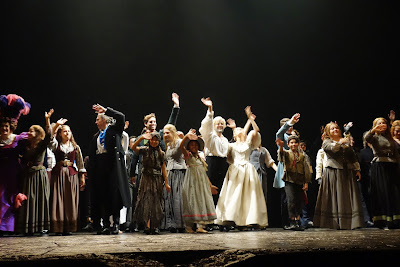 In my youth I tried to read the Victor Hugo novel, but was unable to get through it.  This performance, more than the Cleveland production or the movie, has inspired me to buy a copy of the "Les Misérables" and give it another try.