Long Before There Was Beer...

I think that it would be safe to say that the most popular alcoholic beverage in Mexico is beer.  However millennia before there was beer there was pulque which is made from the fermented sap of the maguey plant, a kind of agave.  (Other varieties of agaves are the source of tequila and mezcal.)  At one time, Mexico City was filled with "pulquerías", bars which serve pulque.

One of the newest museums in Mexico City is the Museum of Pulque and Pulquerías. 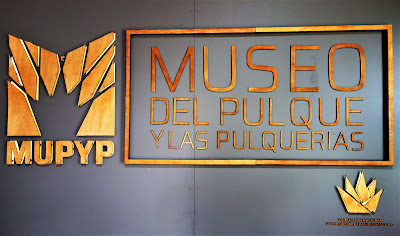 The museum is located above a "pulquería" in a colonial building which was originally the Hospital of San Hipólito. 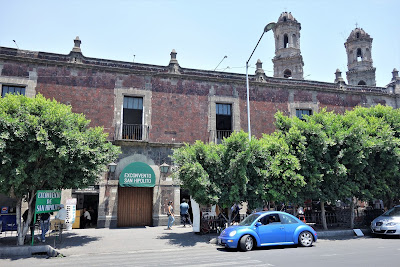 According to a plaque on the outside of the building, it was built in 1577 and was the first insane asylum in the New World. 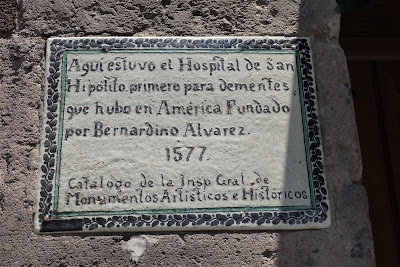 The museum is very small with just two rooms for exhibits, and descriptions are entirely in Spanish.  But there is a lot of interesting information about the production of pulque, its history, and the proliferation and decline of "pulquerías"

When a maguey plant is twelve years old, a sap known as "aguamiel" (honey water) collects within the center of the plant.  The plant is cut open and the liquid is collected.  Traditionally it was sucked up in a hollow gourd. 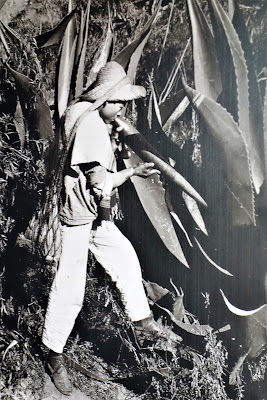 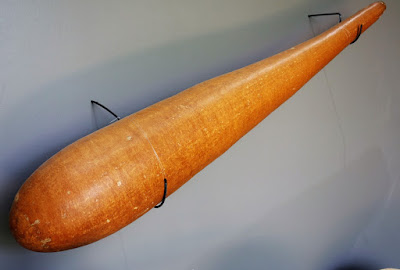 According to mythology, pulque was first produced during the era of the Toltec civilization. 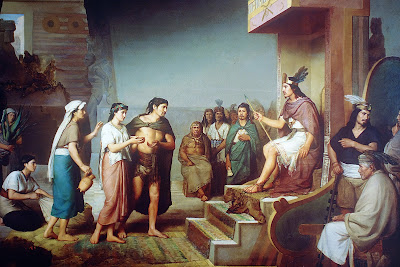 However there is archaeological evidence that pulque dates from centuries before that time.  The beverage was generally used in rituals.  Priests drank pulque prior to performing human sacrifices, and the victims would also be given the drink to lessen their suffering.  Women would also be given pulque during childbirth.  (There is actually scientific research that indicates that it is beneficial during pregnancy and breastfeeding.)

After the Spanish conquest, pulque was no longer reserved for ritual use, and its consumption became much more common.  By the late 19th century pulque constituted over 90% of all beverages consumed in Mexico.  "Pulquerías" flourished in Mexico City.  The cultivation of maguey and the production of pulque brought enormous wealth to the owners of large haciendas in central Mexico. 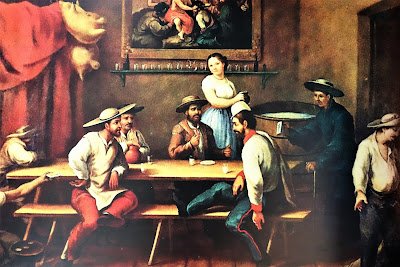 The 20th century saw the decline of pulque consumption.  The Mexican Revolution resulted in the break up of the large haciendas where the beverage was produced.  Beer gained in popularity, and pulque was viewed as "low class" and the "pulquerías" as dens of iniquity.  The beer companies spread the false rumor that bags of feces were placed in the vats of "aguamiel" to speed up the fermentation process.

In recent years, however, pulque has seen a small renaissance. There is a "back-to-your-Mexican-roots" movement which has made the drink trendy in some quarters.

After visiting the museum I went downstairs to the "pulquería". The admission ticket to the museum includes a small sample of pulque. 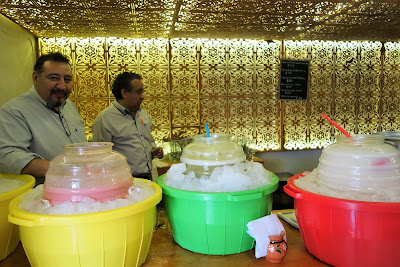 Today pulque is often flavored with different fruits.  What I sampled contained the tropical fruit "guanábana".  There was a yeasty, beer-like flavor to the drink, and I do not care for beer.  However the fruit flavor made it much more palatable.  I honestly would not be adverse to trying pulque again.
Posted by Retired Teacher at 1:00:00 PM