Next week I will leave once again for Mexico City, but I still have not posted all the photos that I wanted to show you from my last trip.  So, either as a finale from the winter trip or as an appetizer for my spring trip, here is more from Mexico City.

On one of my last days in February, I went to one of the most picturesque areas of Mexico City, the district of Coyoacán.  It is located on the south side of the city, and up until the 20th century when the urban sprawl of the capital absorbed Coyoacán, it was a separate town.  Even today, in many parts of the district, you feel as if you are in small-town Mexico instead of a mega-city.

I have been to Coyoacán numerous times, and I have seen most of the tourist attractions there.  This last time, I went to see the National Water Color Museum.  (I wrote a couple posts earlier about that lovely museum.)  After my visit, I spent the afternoon wandering around one of Coyoacán's prettiest streets... Francisco Sosa Avenue.

Along the tree-lined avenue and its narrow side streets there are many old buildings, some dating back to colonial times.  At every turn there is something worth photographing. 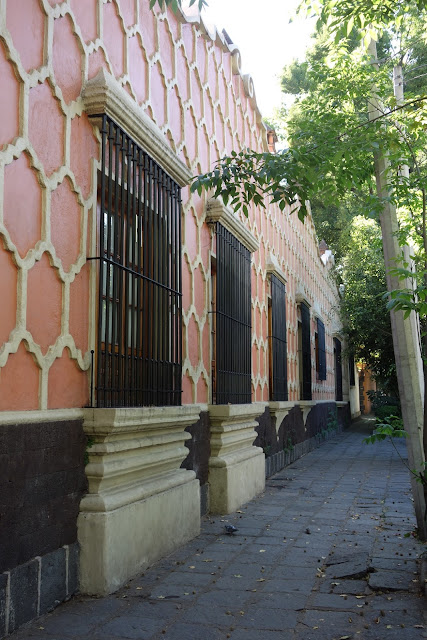 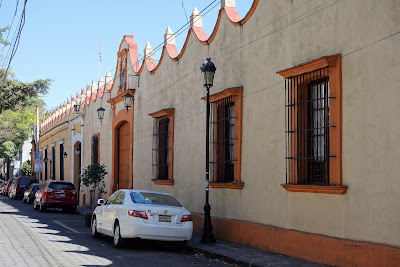 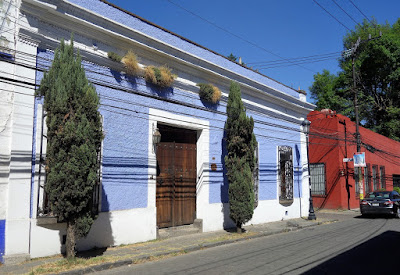 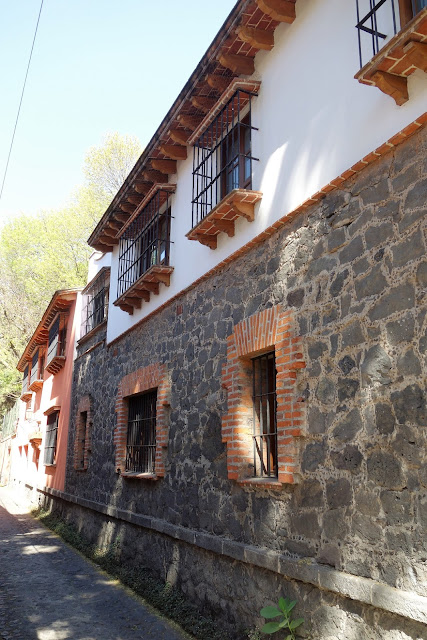 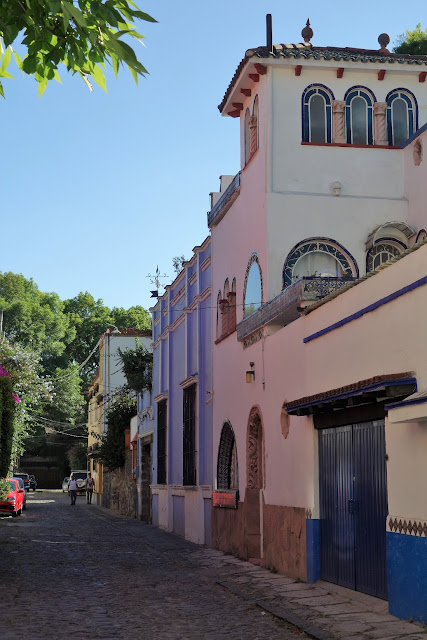 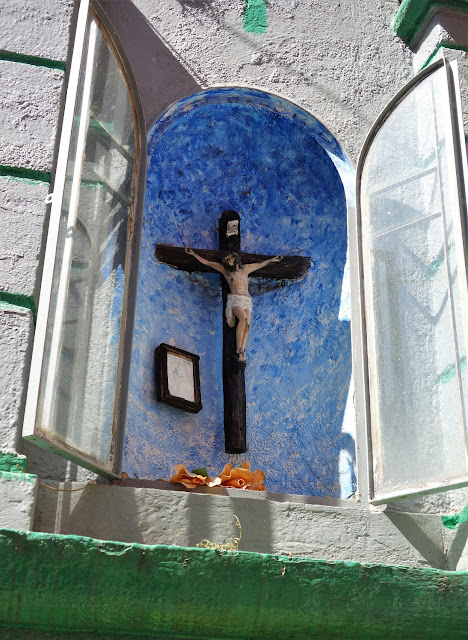 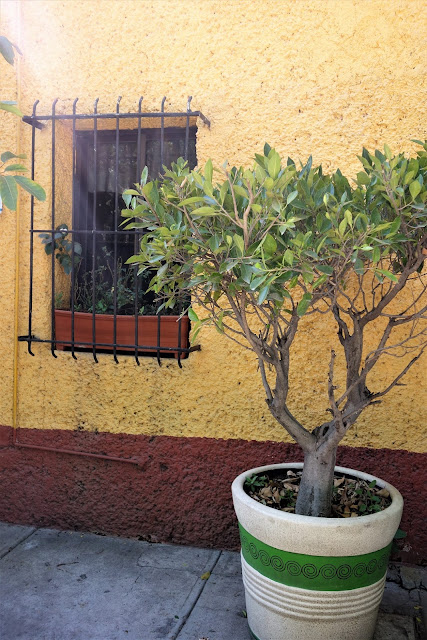 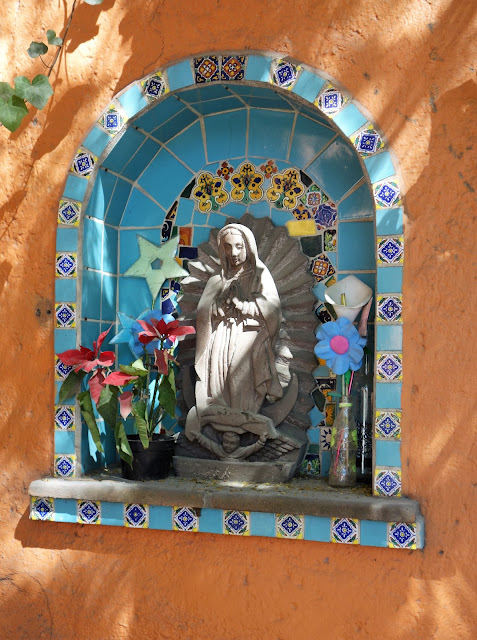 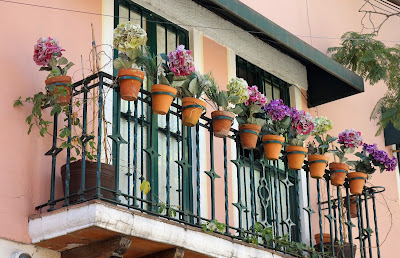 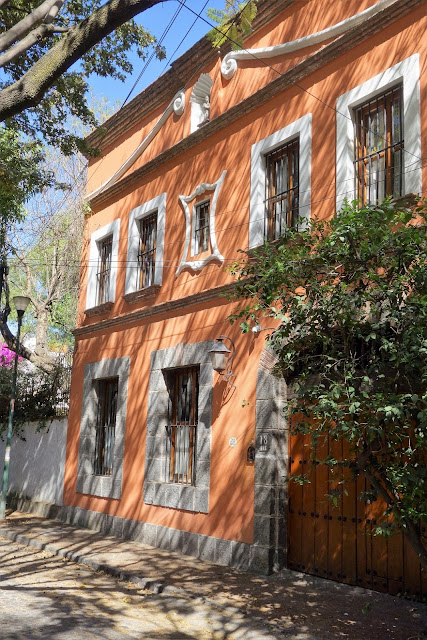 Coyoacán is an affluent neighborhood.  Many of the homes are surrounded by formidable walls.  Bougainvilleas often spill over those walls. 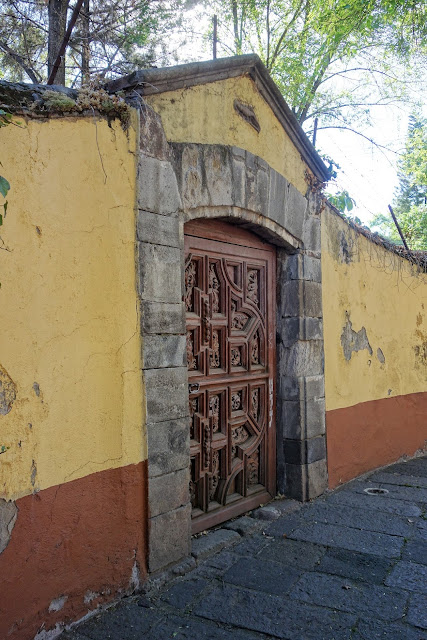 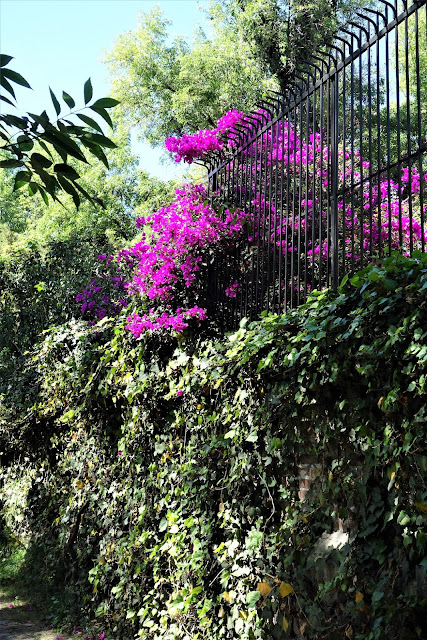 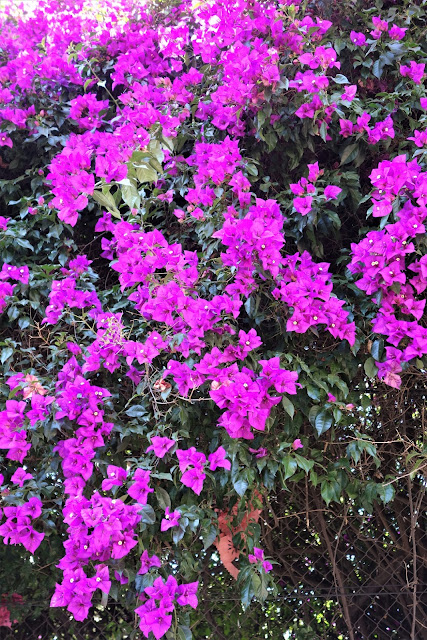 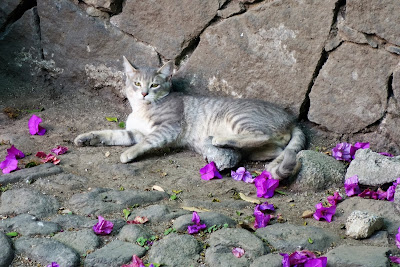 A neighborhood cat relaxes amid the fallen bougainvillea blossoms.

Many owners have given names to their houses, and have identified them with decorative plaques. 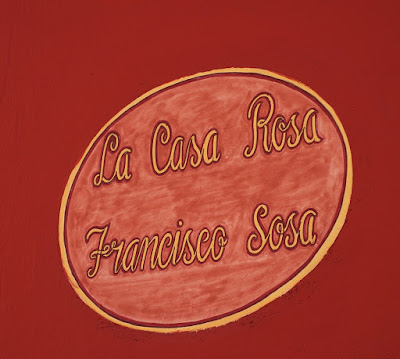 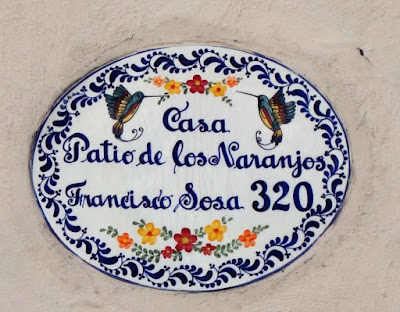 The House of the Courtyard of the Orange Trees 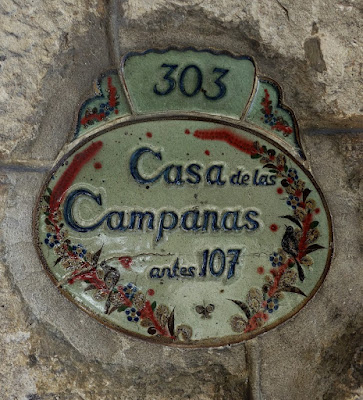 The House of the Bells 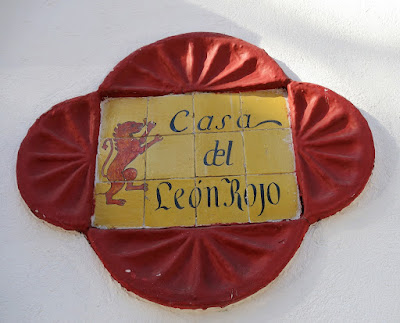 The House of the Red Lion 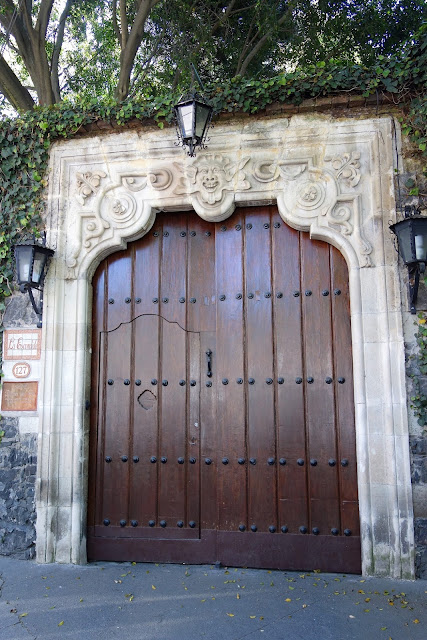 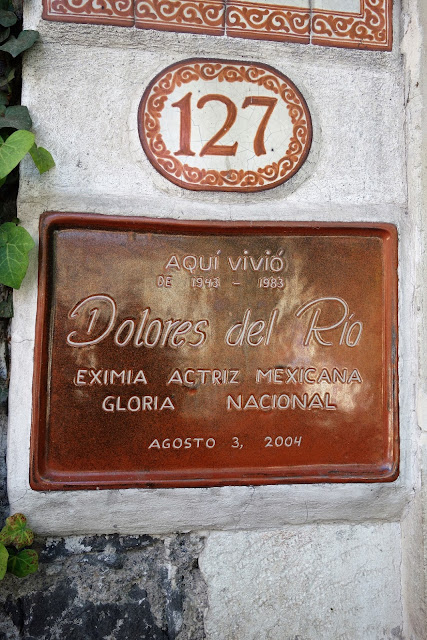 The plaque next to the gate said that the famous Mexican movie star, Dolores del Río, lived here from 1943 to 1983.

Stayed tuned, because next week, I will be coming to you once again… live from Mexico City!