A Festival for Holy Week

On Good Friday Alejandro and I went to a handicraft festival that was being held on the square of the neighborhood of Santa María la Ribera.  Accompanying us was Pancho, a friend of Alejandro´s who is visiting Mexico City from Monterrey. 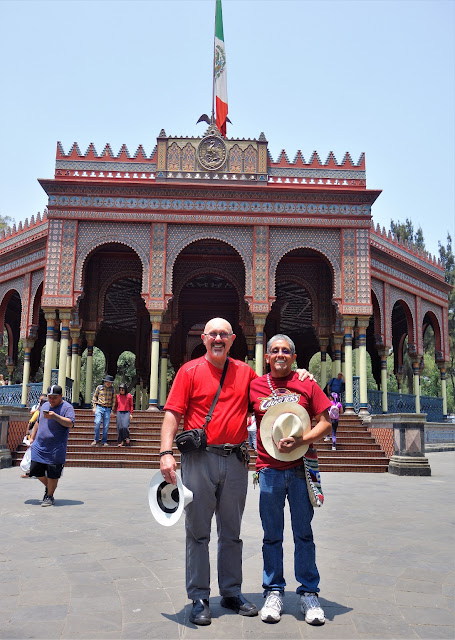 Pancho took a photo of Alejandro and me posing in front of the beautiful Moorish-style pavilion that stands on the plaza of Santa María la Ribera.

The event was the seventh annual Festival of "Cartonería".  "Cartonería" is the creation of papier mache sculptures.  There were more than fifty "cartoneros", masters of this traditional Mexican craft, selling their colorful work here. 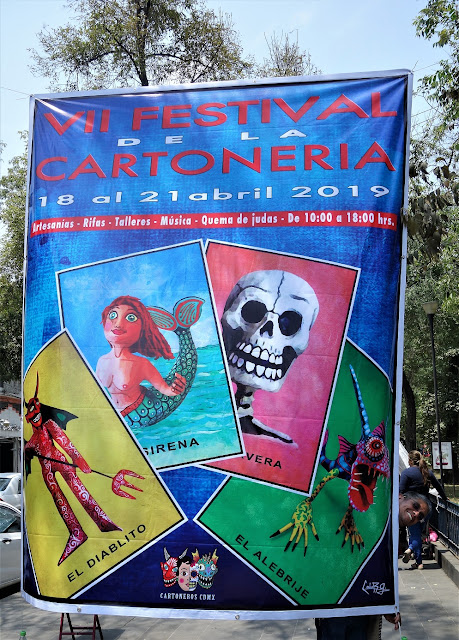 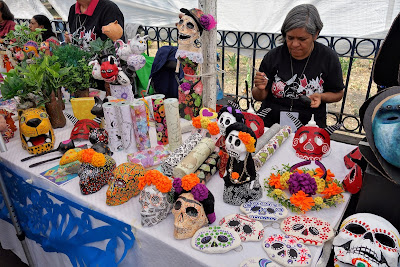 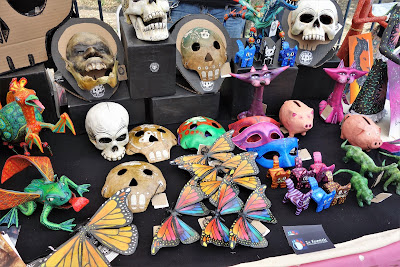 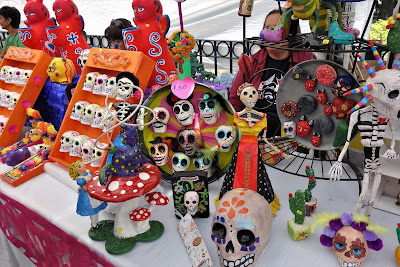 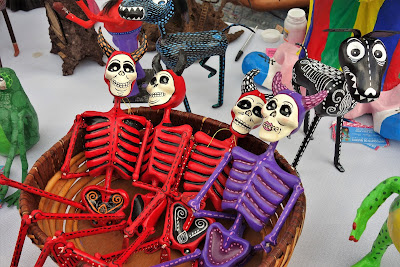 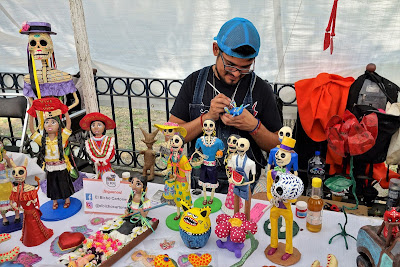 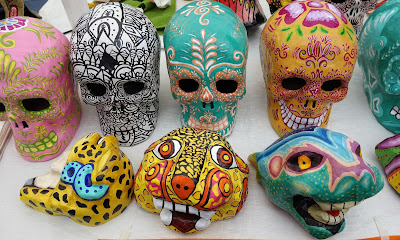 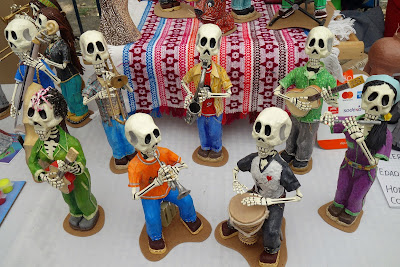 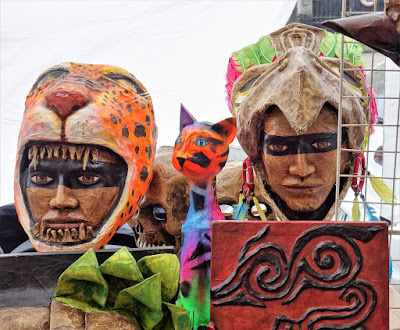 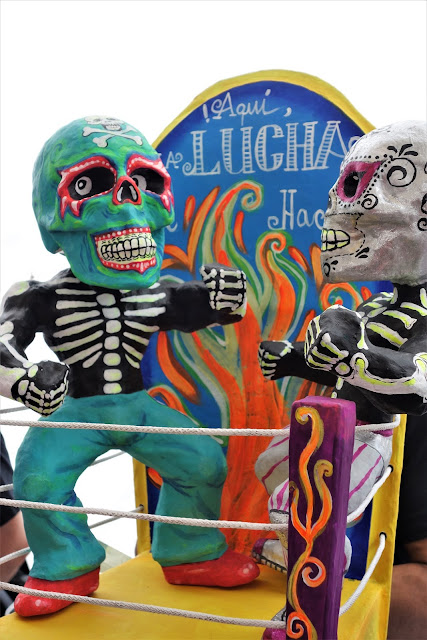 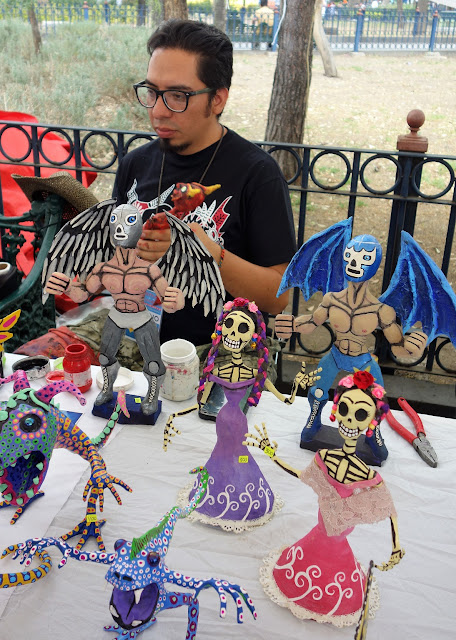 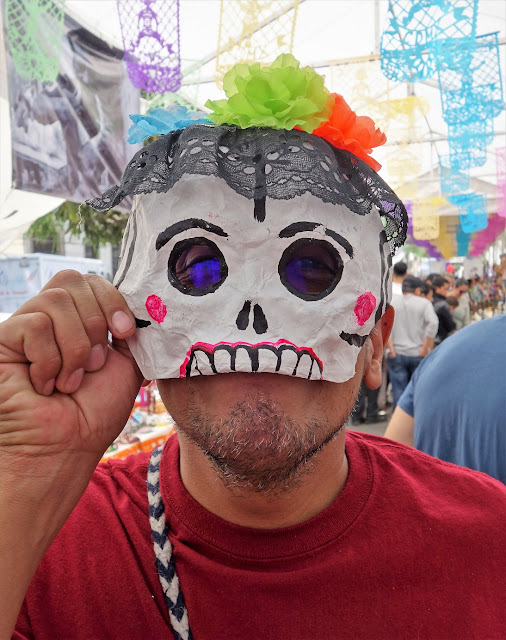 "Alebrijes", the sculptures of colorful, fantastical creatures that are one of Mexico's most popular handicrafts, are often associated with woodcarvers from Oaxaca.  However, they originated in Mexico City in the 1940's with the "cartonería" craftsman, Pedro Linares.  There were several artisans at the festival selling "alebrijes". 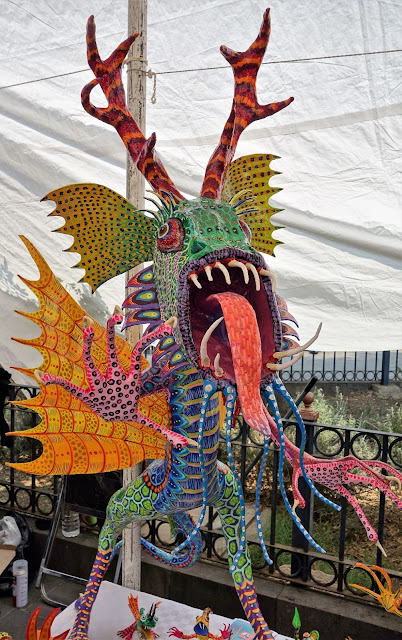 One of the most traditional manifestations of "cartonería" are the large Judas figures which are a part of the Holy Week observances.   On the day before Easter Judas is burned in effigy, and on Saturday as a part of the festival Judas was going to be set on fire.  There were numerous Judas figures on display.  Those, however, were not going to be burned, but were in competition for prizes which were going to be awarded at the end of the festival. 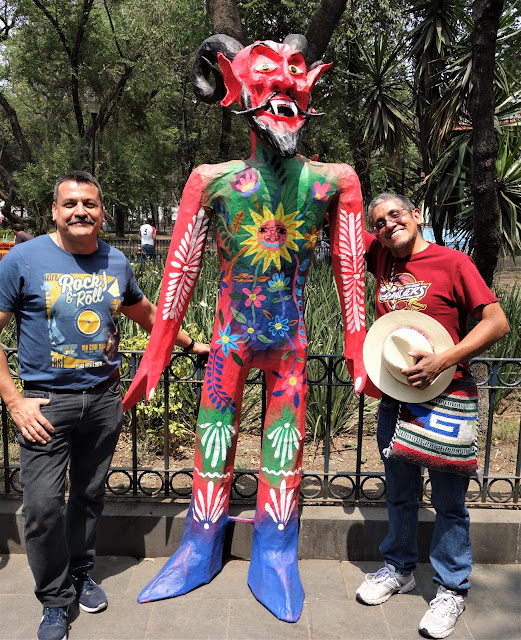 Pancho and Alejandro pose with Judas. 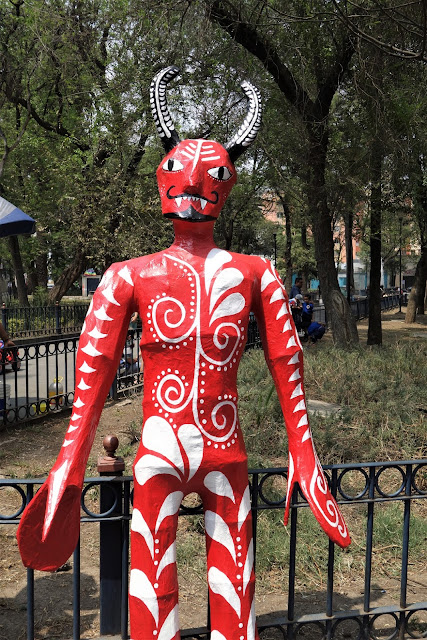 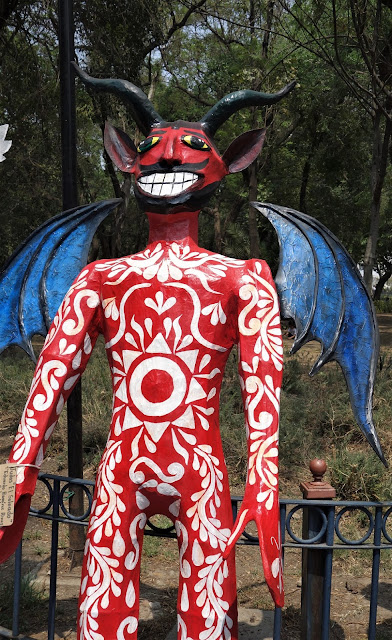 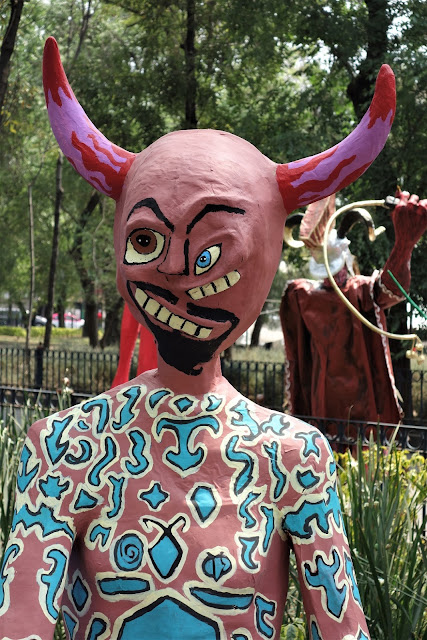 Sometimes the Judas figures are caricatures of celebrities or politicians.   This figure is a caricature of Mexico's new President, Andrés Manuel López Obrador. 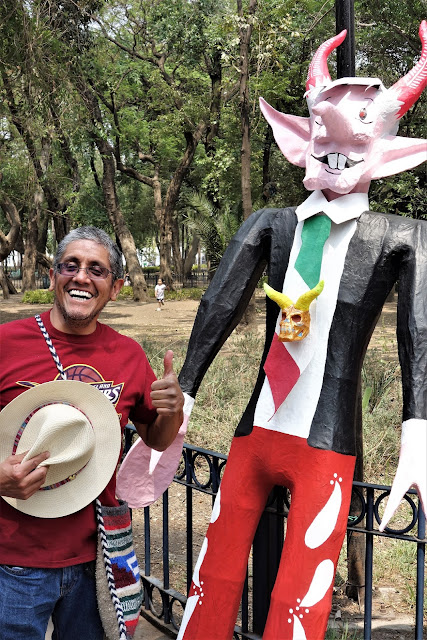 I thoroughly enjoyed the event.  If you are a follower of this blog, you probably know that I am a sucker for handicrafts.  I definitely did not leave the festival empty-handed.
Posted by Retired Teacher at 9:53:00 AM