Deep into the "Centro"

On Wednesday I headed to the "Centro Histórico" to visit a place that I had read about.  I checked the location on Google Maps and plotted my course.  I was going to be heading beyond the normal tourist areas, east of the Zócalo, the main plaza, into a somewhat sketchy area.  At least it's an area where I certainly wouldn't wander around alone at night.

The address I was seeking was #25 Manzanares Street.  In much of the old historic center of the city, shops of the same type seem to cluster together.  On Manzanares Street most of the stores were selling cosmetics, beauty products and supplies for beauty salons. 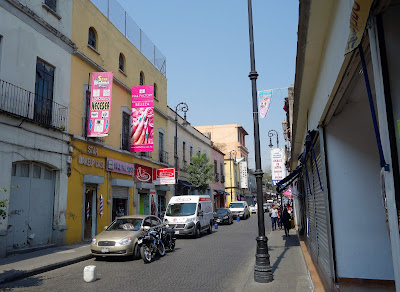 Perhaps because it is Holy Week, the street was not very crowded.  Although I was the only "gringo" around, I did not feel unsafe.

I finally came to the address I was seeking, a nondescript building that would seem completely lacking in interest. 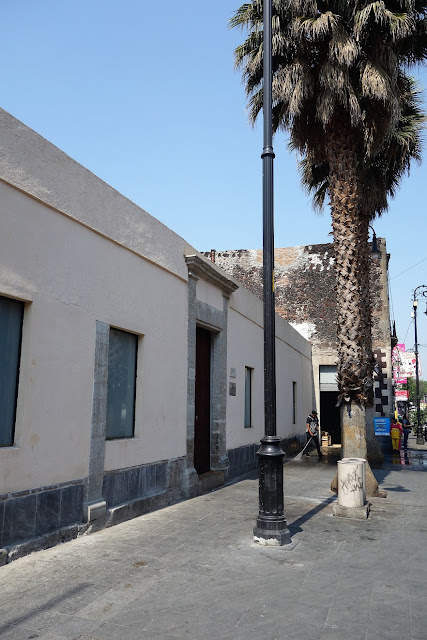 As I had feared, the building was closed... again, probably because it is Holy Week. 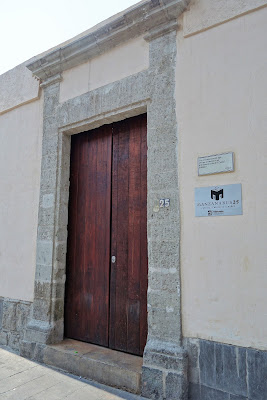 But the plaque by the door reveals why I had sought this building out. 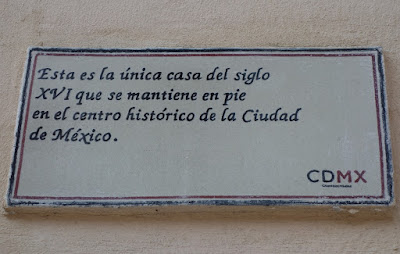 The building had long been abandoned and falling into ruin.  Historians and archeologists  recently determined that it dates back to the 16th century in the years after the Spanish conquest.  It is the oldest existing house in the city!  Not only that, but the floor plan shows Aztec influence.  Some Spaniard might have taken a pre-Hispanic dwelling and remodeled it into a residence for himself.

The city government refurbished the dilapidated building and turned it into a neighborhood cultural center.

Next to the old house, is a tiny, colonial chapel called the Chapel of Humility.  It too was closed but workers were in the midst of putting up an awning, perhaps for Holy Week services. 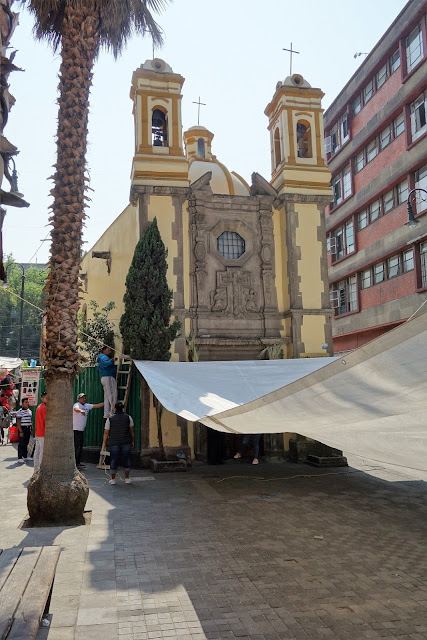 I tried to do some research on this little church.  I could not find out how old it is, but I did read that it is the favorite place for prostitutes and thieves to come and confess their sins.
Hmmm... maybe the neighborhood is more dangerous than it looks!

I took a different route back, heading down a street I have traveled before, a street closed to traffic and filled with vendors. 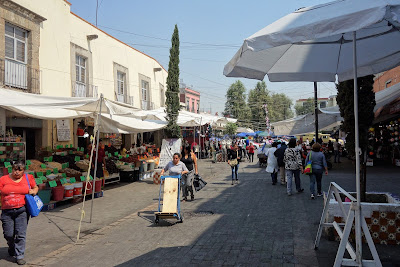 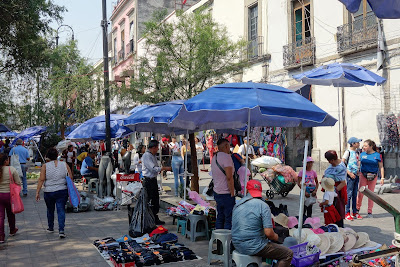 What the street lacks in beauty or tourist attractions, it makes up for in atmosphere.  This is a slice of real Mexico, a few blocks and a world away from the typical tourist haunts. 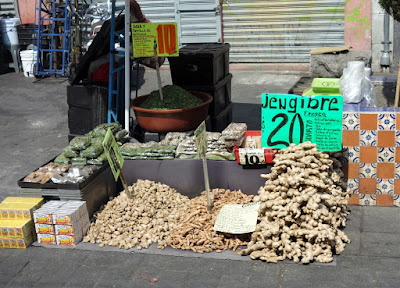 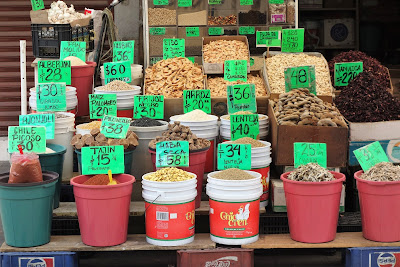 All sorts of products for sale in these buckets...  including dried lima beans, lentils, sesame seeds, corn for popping, black beans, rice, and dried shrimp. 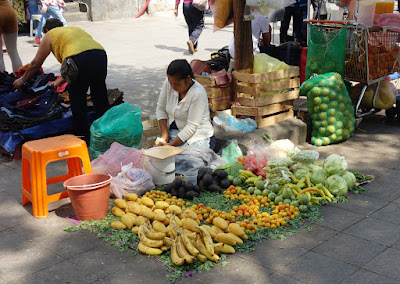 Fruits and vegetables spread out on the street for sale.

There is more than just food for sale.  This display of children's soccer balls makes a colorful photo... 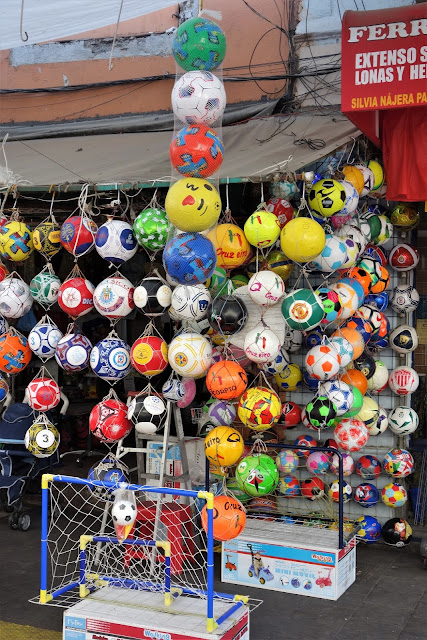 ...as do the myriad of ribbons and bows for a lady's hair. 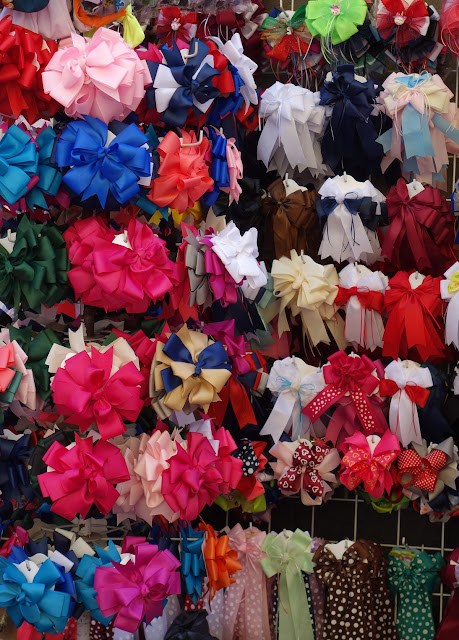