Treasures from the Pyramids

Last Saturday we took a walk along Mérida's Montejo Boulevard.  The broad, tree-lined street dates back to the late 1800s when Mérida was enjoying an economic boom.  Most of the world´s supply of rope was made from the fibrous leaves of the sisal plant which was grown on the plantations of Yucatán.  The sisal millionaires built their grandiose mansions along Montejo Boulevard.

The grandest of all was the Palacio Cantón, built by General Francisco Cantón, who, in addition to being a military officer, was a plantation owner, a railroad magnate and the governor of the state of Yucatán. 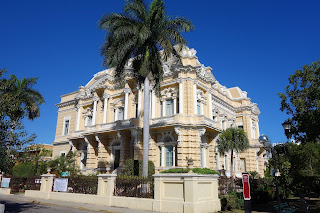 In 1966 the mansion became the Regional Museum of Anthropology, and housed an extensive collection of Mayan artifacts.  In 2012 the "Gran Museo del Mundo Maya"  (Great Museum of the Mayan World) was built on the city´s far north side and replaced the Palacio Cantón as the Mérida's principal archaeological museum.  The Palacio Cantón remains a museum however, and hosts special exhibitions often dealing with the Mayas or the pre-Hispanic civilizations of Mexico in general.

The current exhibit is called "Pyramids - Sacred Mountains", and deals with the importance of pyramids in the Mesoamerican civilization.  The Mexican pyramids were topped by temples where religious ceremonies and human sacrifices were performed. 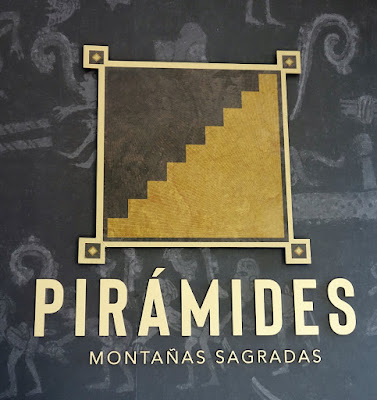 The exhibit includes photos, diagrams and models of Mexican pyramids and a wide variety of carvings and artifacts on loan from museums throughout the country. 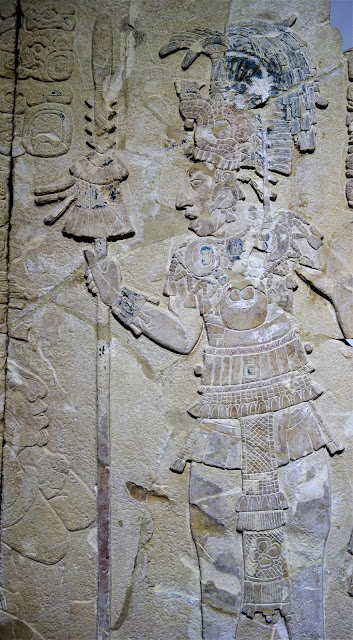 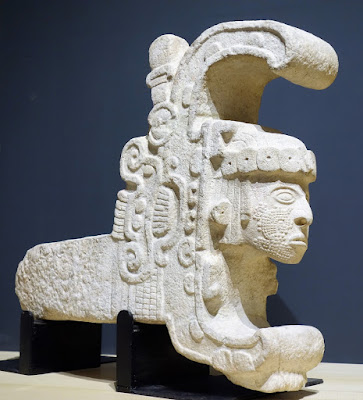 This sculpture, commonly called the "Queen of Uxmal", is in fact a young man emerging from the jaws of a serpent.  It was on the façade of the Pyramid of the Magician at the Mayan city of Uxmal. 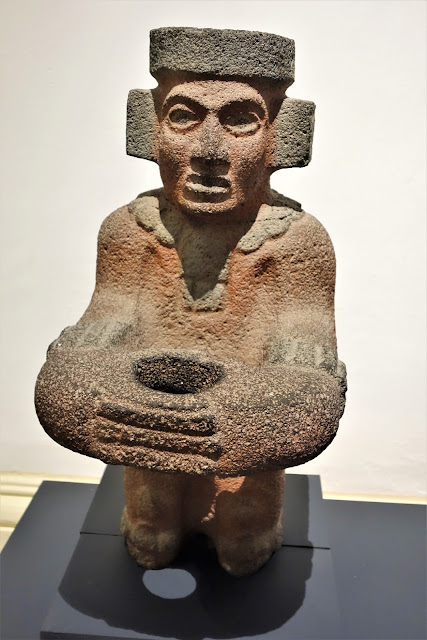 This statue of a standard bearer (the pole of a banner would have been placed through the hole) was found next to the temple entrance atop a pyramid at the Toltec capital of Tula. 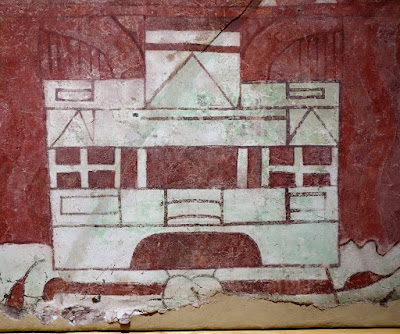 This fragment of a mural painting from Teotihuacán portrays a pyramid. 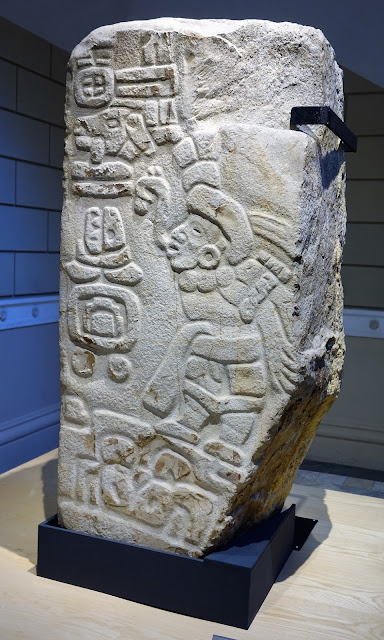 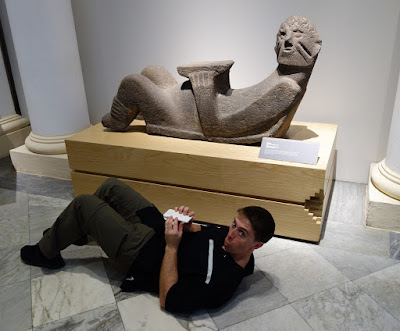 Here Chuck (aka Chac) poses in front of a chac-mool.
A chac-mool is a reclining figure holding a bowl or plate over its stomach.  They were intermediaries of the gods, and offerings would be placed on the plate.
In fact, the name chac-mool has nothing to do with the Mayan rain god Chac, but that didn't stop us from teasing Chuck.
Posted by Retired Teacher at 8:56:00 AM