I have written here numerous times about the free exhibits that are held several times a year in Iturbide's Palace, a colonial mansion in the Centro Histórico of Mexico City.   The building is now owned by Banamex, the Bank of Mexico, and is the headquarters of their cultural foundation.  Usually the exhibits are excellent.  They have ranged from colonial paintings, to Latin American handicrafts, to Nativity scenes, to the last exposition which dealt with the "Horsemen of the Americas".

I was looking forward to seeing what new exhibit would be in the palace, but I have to admit that it was a letdown compared to other shows I have seen there.  On display is the work of a well known Mexican photographer by the name of Graciela Iturbide.  A lot of her photos are sort of "out there" and not really my cup of tea.  The exhibit continued upstairs, but I felt as if had seen enough, and I did not feel inspired to climb the stairs.

Here are just a few of her photographs... 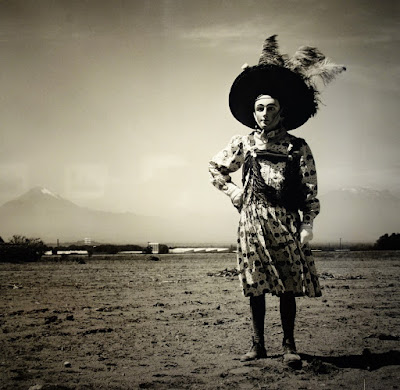 A man from the state of Tlaxcala in Carnival costume.
In the background is the volcano Popocatépetl.

Many of her photos were of the women from the Isthmus of Tehuantepec, the fiercely independent women known as "Tehuanas". 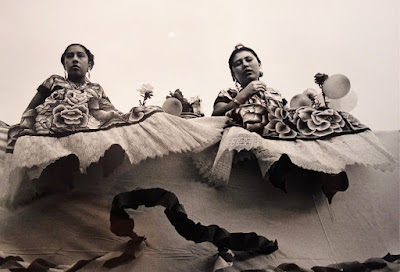 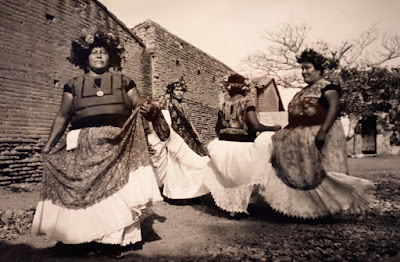 This is her most famous photograph.  It is called "Our Lady of the Iguanas". 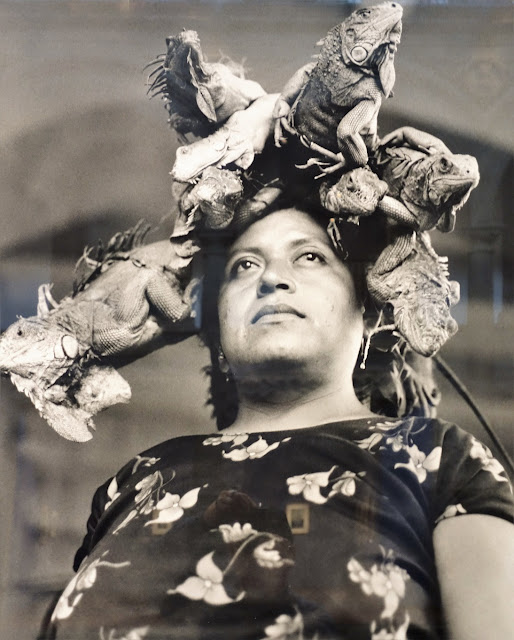 Yes, those are live iguanas that she is carrying on her head.
Posted by Retired Teacher at 4:24:00 PM