The City of Chac and More

There are many day trips that you can take from Mérida, but since Meredith and Chuck were only spending four days in Mérida there was only time for one excursion.  Obviously, you shouldn't come to Yucatán without visiting a Mayan ruin, so our one trip out of town included the archaeological site of Uxmal.  I much prefer Uxmal to the more famous site of Chichén Itzá.  There are fewer crowds, there are no vendors selling tourist junk within the site, and you are still allowed to climb most of the ruins.  I have recorded several visits to Uxmal on this blog.  If you would like to see more photos of the ruins and more detailed descriptions of the site, scroll down through the "labels" on the right margin, and click on "Uxmal".

We arranged for a driver with a van through our hotel.  Sergio arrived promptly at 9:00 A.M., and by 10:30 we had arrived at Uxmal. 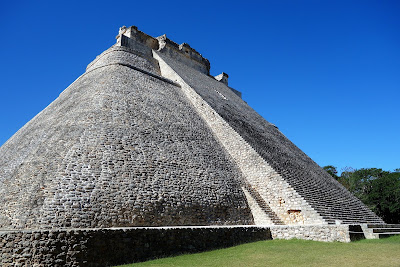 The very steep Pyramid of the Magician, the one structure you are no longer allowed to climb.  Back in the old days I climbed it on two occasions, once with a group of high school students!

The ornate complex which the clueless Spanish called The Nunnery because it reminded them of a convent.

Uxmal flourished more than 1000 years ago, and the impressive ruins never fail to impress the visitors that I take there.

Everywhere you look you will see the image of Chac, the rain god.  He is easily identified by his trunk-like nose which represents a bolt of lightning.  We soon started calling Chuck "Lord Chac", and that continued to be the running joke throughout the trip. 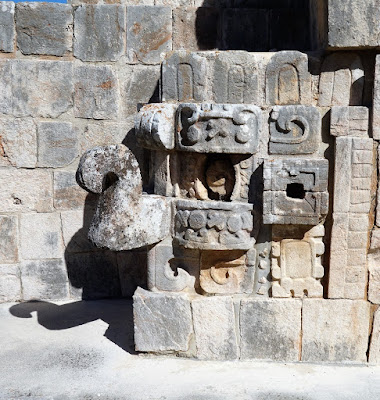 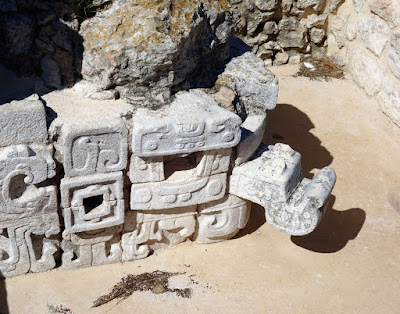 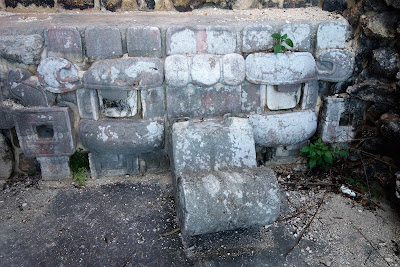 We ended our visit climbing the Great Pyramid, which is nearly 100 feet high. 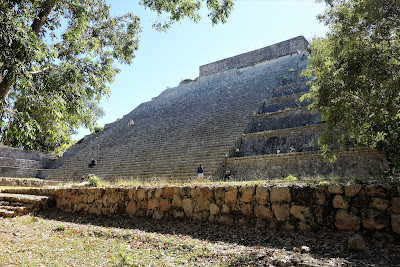 Here we are at the top of the pyramid… Meredith, Alejandro, and Chac… I mean Chuck. 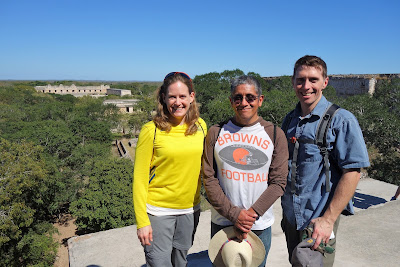 After exploring Uxmal, we went to Hacienda Ochil, a former sisal plantation which is now a very pleasant restaurant serving traditional dishes of the Yucatán. 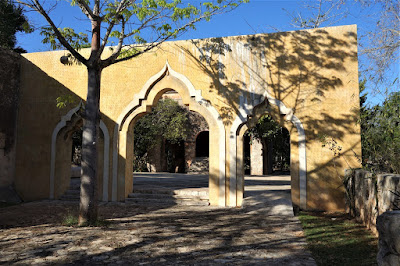 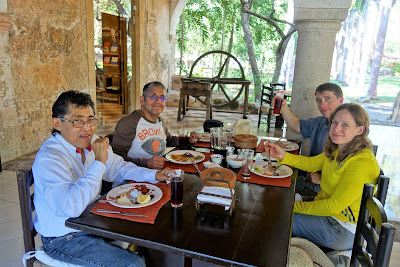 At the left is our driver Sergio.

Generally, after seeing Uxmal and having lunch at Hacienda Ochil, I would finish the day with a visit to a cenote, one of the sinkholes which dot the limestone crust of Yucatán.  I like to take my friends to a beautiful cenote called X´batún off the beaten track near a little village called San Antonio Mulix.   At the village you pay a modest fee to visit the cenote.  When we arrived it was after 4:00, and the cenote was already closed.  Sergio, however, knew of another cenote that he thought would still be open.  We backtracked back toward the hacienda, and then took a side road some distance to a cenote called Yaal Utzil.  This cenote is very deep... its clear waters midnight blue, almost black, because of the depth.  There were a number of people still swimming when we arrived. 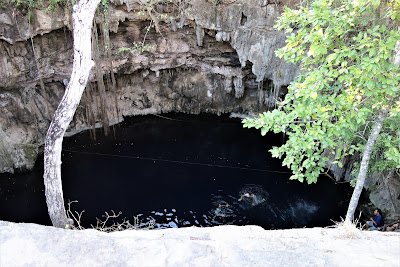 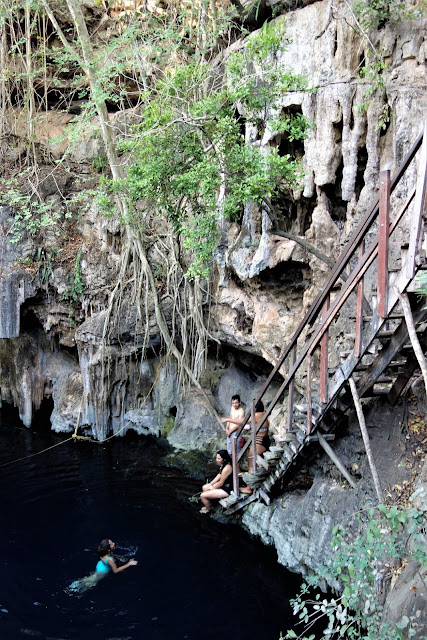 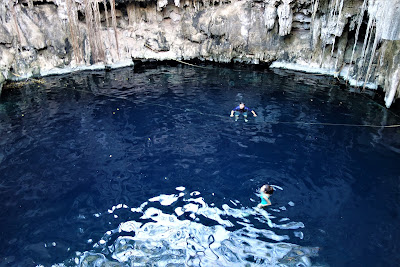 I think that X'batún is more beautiful, but I am glad that Meredith and Chuck had a chance to see a cenote.
Posted by Retired Teacher at 5:34:00 PM