How the Rich Folks Lived

As I mentioned in my last post, Mérida's Montejo Boulevard was lined with the mansions of the city's wealthy in the late 1800s and early 1900s.  Some of those houses still stand, although most of them are offices for business enterprises.  One house which is still a private residence is the "Quinta Montes Molina". 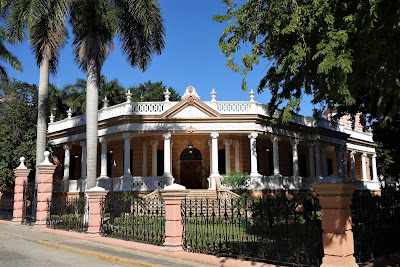 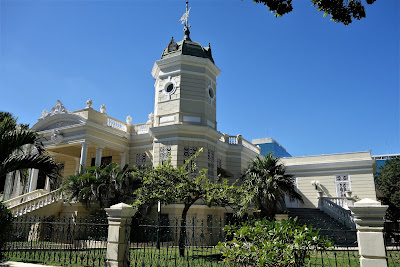 The house was built at the beginning of the last century by a prosperous Cuban merchant who married the daughter of a wealthy Mérida family.  During the Mexican Revolution however he moved back to Havana with his wife and children and sold the house.  It was purchased by Avelino Montes, a prominent banker of Spanish birth. 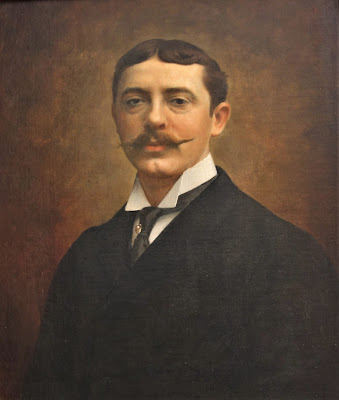 His wife María Molina was the daughter of a former governor of the state of Yucatán. 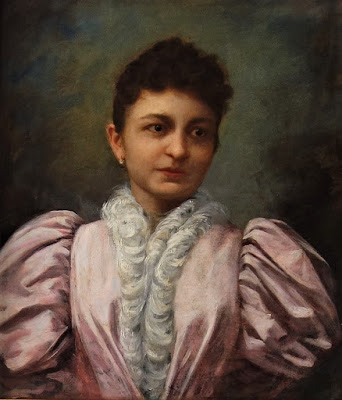 When Avelino died in 1956 one of his daughters, Josefina Montes Molina, inherited the house.  She has preserved the house as it was when her parents lived here.  The house still belongs to her although she spends most of her time in Mexico City.  When she is not in residence in Mérida, the house is open to the public as a museum.

I have long wanted to visit the house, but it supposedly is only open for guided tours at certain hours, and I have never been in the area at the right time.  Last Saturday, Meredith, Chuck, Alejandro and I made a point of reaching the house at 11:00 when there is supposed to be a tour in English.  I don't know if the person who usually gives the tour was not there that day, but we were told that we could go through the house on our own.  There are signs that describe each room, so a guide was really not necessary. 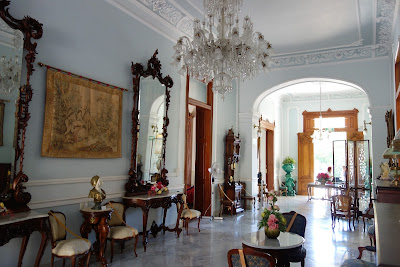 The central hallway of the house 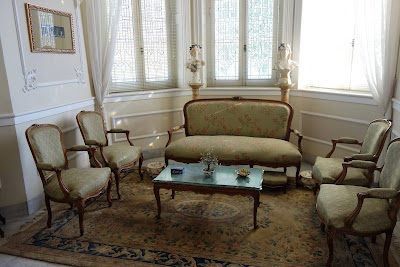 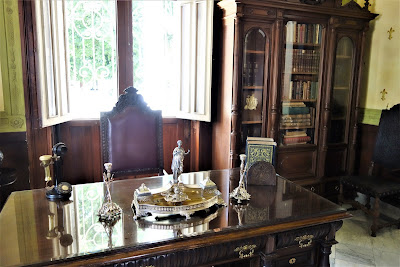 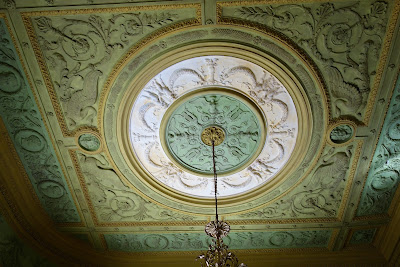 The ornate ceiling of the library 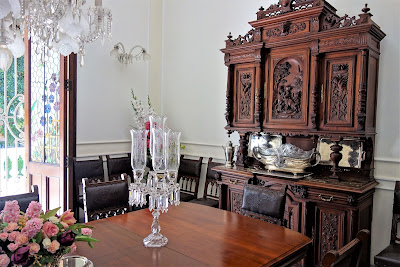 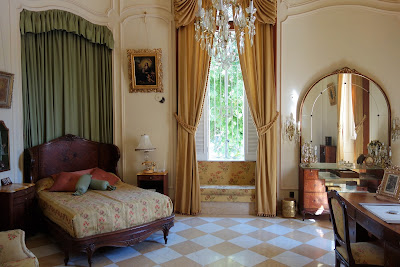 This is the most elegant of several bedrooms, and it is used by doña Josefina
when she is in residence.

Just as in "Downton Abbey", there is a whole different world downstairs. 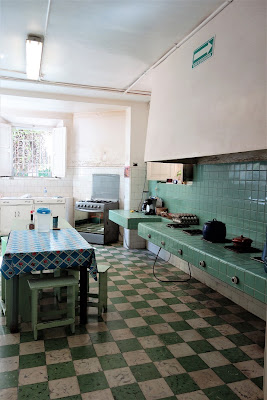 The kitchen includes modern appliances because it is used daily to make lunch for the people who work here. 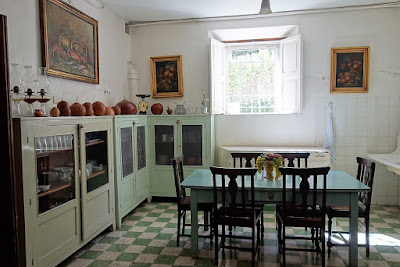 There was a separate kitchen for baking bread and pastries so that the different aromas would not mix together. 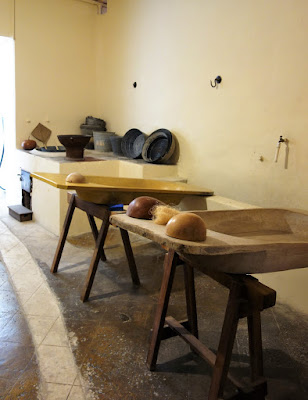 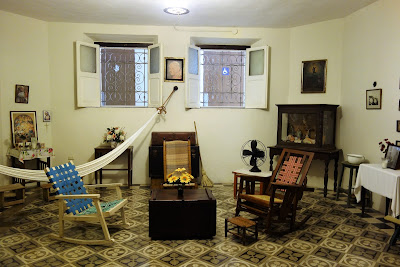 The house once had a staff of fourteen servants.  Most of them resided in their own homes, but a couple of them lived in this room.

Doña Josefina is now quite elderly, but she has provided in her will that this house will continue to be a museum giving us a glimpse of life in another era.