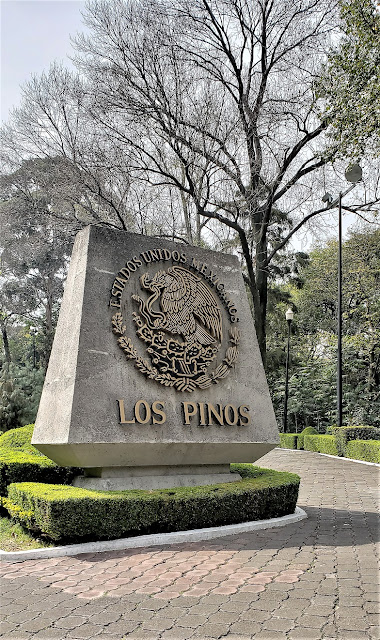 In one corner of Chapultepec Park there has been a large area, around fourteen acres in size, that has been off limits to visitors.  "Los Pinos" has been the private compound of the Presidents of Mexico since 1935.  Previously, Chapultepec Castle had been used as the Presidential residence, but when Lázaro Cárdenas assumed the presidency in 1934 he chose not to live in the opulent palace that was associated with the rule of Emperor Maximillian and the dictatorship of Porfirio Díaz.  He converted the castle into the National Museum of History, and chose to live in a relatively modest mansion within Chapultepec Park that had been used as a house for close associates of the Presidents.  Cárdenas named the house "Los Pinos" after the name of a farm where he had met his wife.  He then planted a number of pine trees on the property.  Over the years later Presidents built other houses and buildings until the complex of "Los Pinos" reached a size fourteen times larger than the property of the White House in Washington.

Upon his accession as President on December 1, 2018, Andrés Manuel López Obrador, declared that he would live at his own house in Mexico City, and that "Los Pinos" would immediately be opened to the public.  So, last Saturday Alejandro and I went to see Mexico City's newest attraction.

Although it has been a month and a half since "Los Pinos" was opened, there was still a large crowd of people who had come to see where their Presidents had lived. 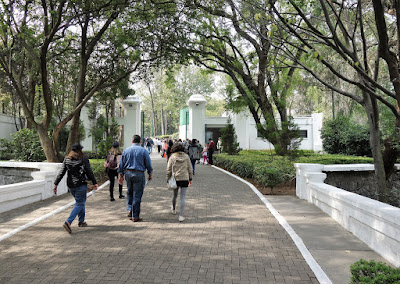 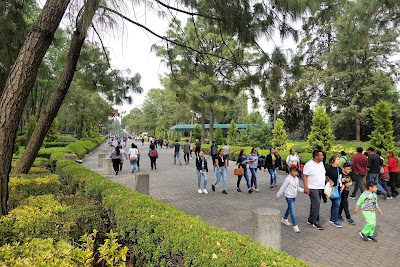 The "Calzada de los Presidentes" (Walkway of the Presidents) is lined with statues of all the Mexican Presidents since Lázaro Cárdenas came to "Los Pinos". 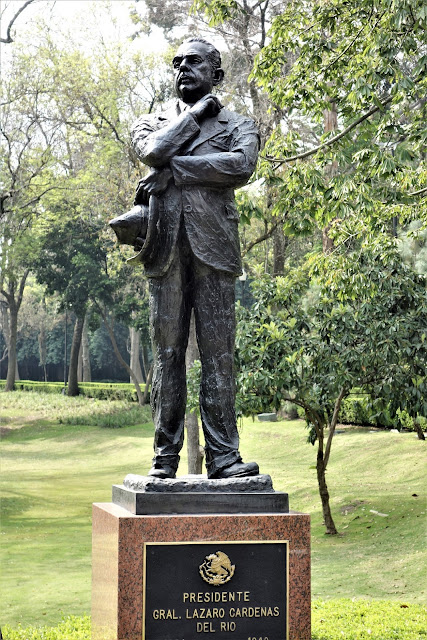 The Lázaro Cárdenas house is a lovely home, but, reflecting the personality of Cárdenas himself, is not ostentatious. 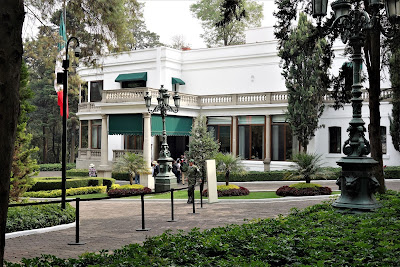 The salon in which Cárdenas met with foreign heads of state and other dignitaries. 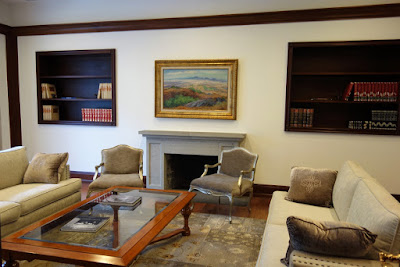 The office of President Cárdenas 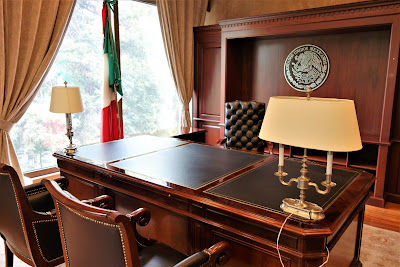 In the 1950s, President Miguel Alemán felt that the Cárdenas House was too austere and had a more opulent house built on the grounds of "Los Pinos".   The Alemán House has been the home of seven Presidents, including Enrique Peña Nieto who left office last year. 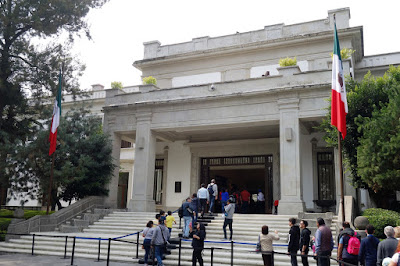 The more extravagant tone is set with the entrance hall with its crystal chandelier, marble floors and grand staircase. 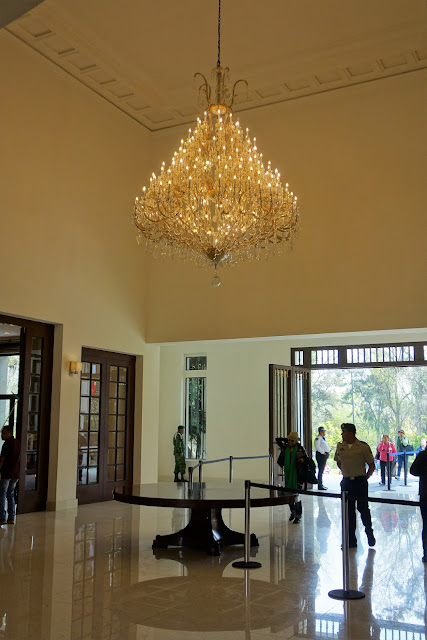 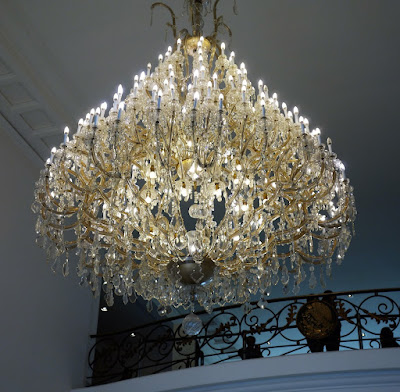 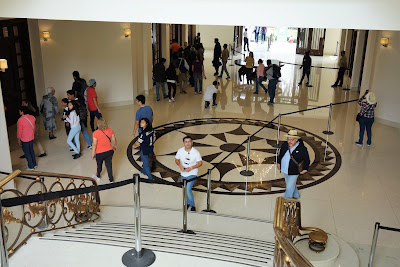 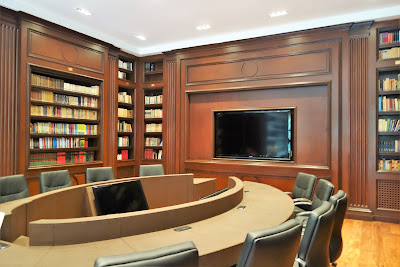 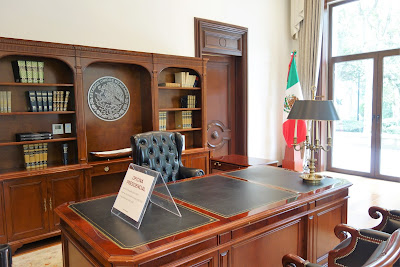 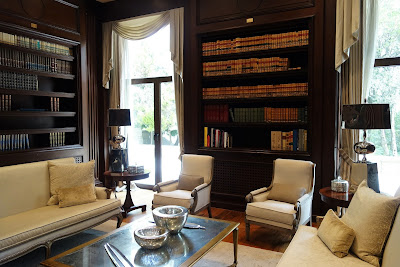 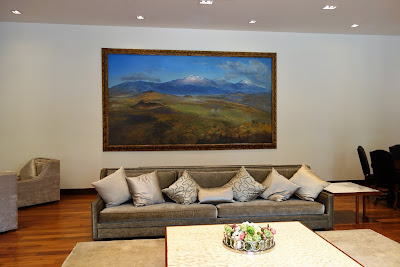 In the basement there are a movie theater and a bunker. 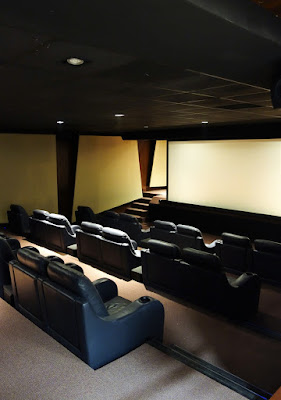 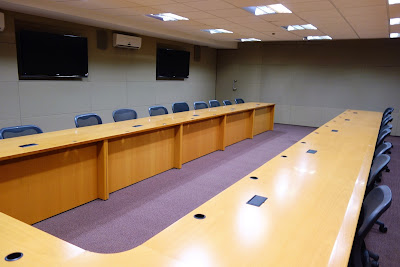 When you go upstairs, you are struck by the emptiness of all the rooms.
Peña Nieto cleared everything out of his living quarters.  The comment was made that he took everything but the light bulbs. 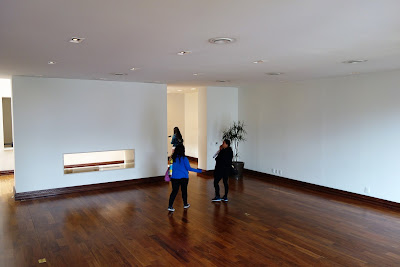 In fairness most of the furniture belonged to him, BUT there is a long list of artwork and historical items which were the property of the government and which have not been accounted for.
That shouldn´t be surprising given that Peña Nieto was one of the most corrupt Presidents to occupy the office.
Posted by Retired Teacher at 6:33:00 PM