My New Market of Choice

As soon as I was settled into the condo that I rent in Mexico City, I headed out to the nearby Superama supermarket to buy some supplies.  Unfortunately, when it came to avocados, Superama wasn't any better than the supermarkets back home.  In the huge big of avocados there was not a single one that was ripe.

Later during my wanderings, I was in the neighboring district of Colonia del Valle, and I went into the neighborhood market building. 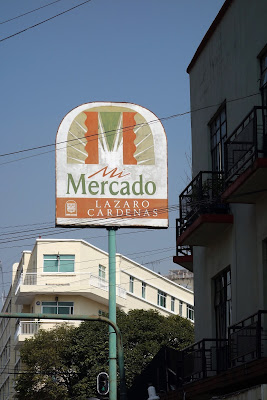 It didn't take long to find a stall selling avocados, and I told the lady that I wanted some avocados that were ready to eat today and some that would be ready tomorrow.  She picked out a few for me (and, yes, they were perfect), and she even threw in a mandarin orange for free.  The market is relatively small, but it seems quite clean, and the merchants that I talked to were all very pleasant.  It's not too far of a walk from my apartment, and from now on I am going to go there for any produce that I want.

Mexican markets are great for photography.  Here are a few pictures that I took there... 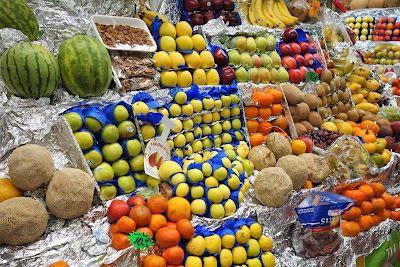 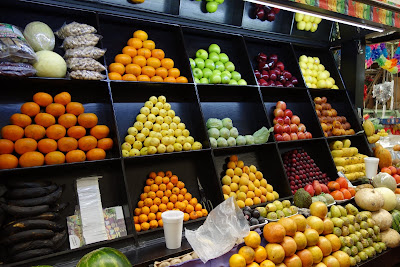 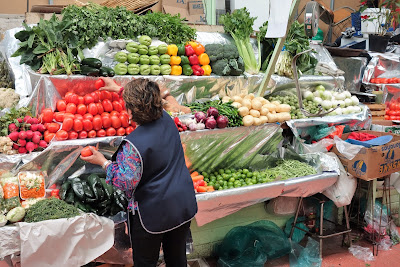 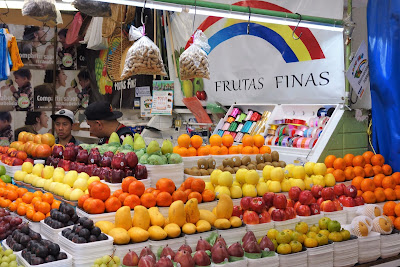 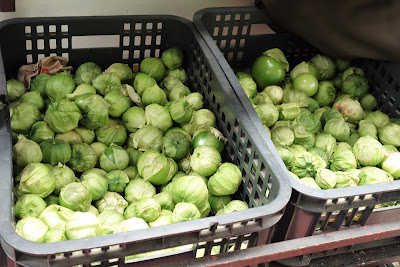 Bins of "tomatillos", the husk-covered relative of the tomato that is used to make "salsa verde" (green sauce). 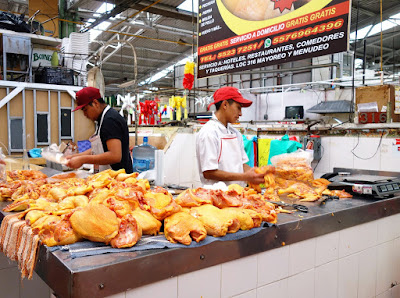 Of course, you can buy packaged chicken in the supermarket just as you would in the U.S., but in the market they will cut up the chicken and give you just what you want.  They will even pound a boneless chicken breast into a large, thin slice called a "milanesa". 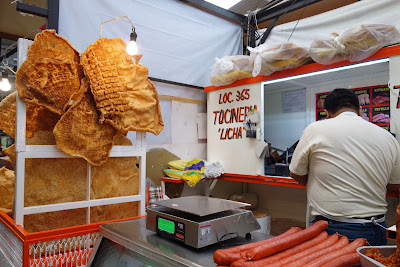 Hanging to the left are "chicharrones", pork rinds. 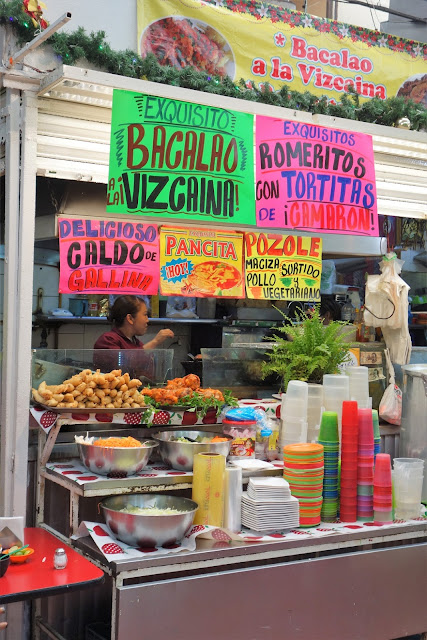 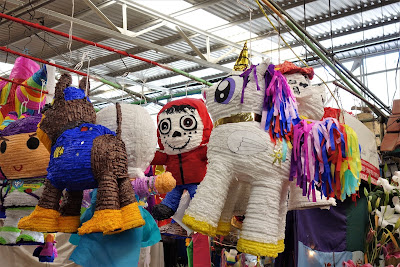 Piñatas... check out the one in the form of Miguel from the movie "Coco". 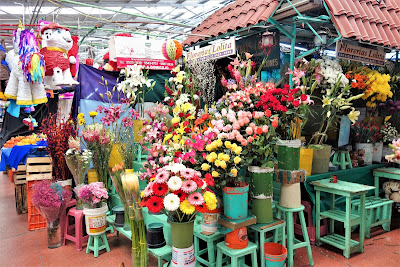 Every market will have at least one flower vendor.

I will definitely be coming back to this market!
Posted by Retired Teacher at 10:25:00 AM