After my long visit to the Kunsthistorisches Museum on Sunday I headed over to the Rathaus or City Hall.  The building looks medieval, but in fact it was constructed in the 1870s in a Neo-Gothic style. 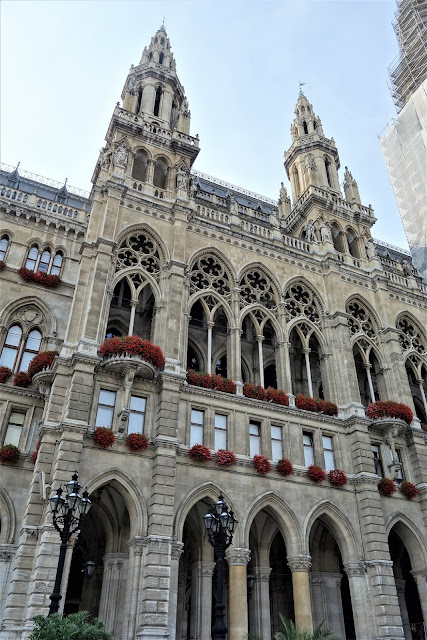 Repair work is under way on the city hall's central spire, and it is covered with scaffolding. 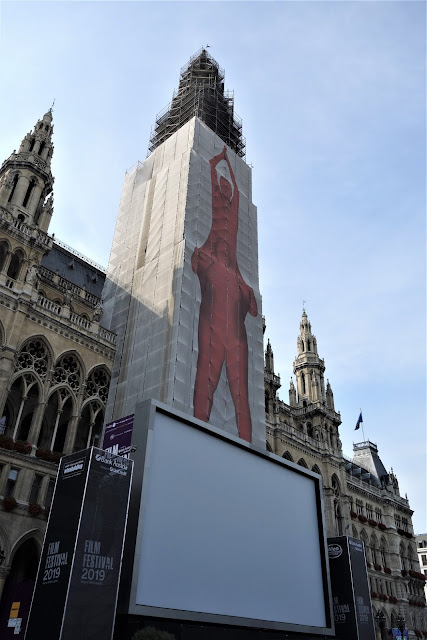 In front of the city hall there is a large screen for the summer film festival.  Each night in July and August a different film is shown.  The majority of them are films of concerts, ballets, or operas. 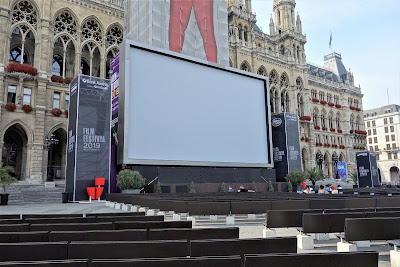 But I was not here for the film (at least not that night).  I came to eat.  In addition to the summer film festival, there is also a food fair in the plaza in front of the city hall.  Dozens of Vienna restaurants set up food stands each summer.  There is quite a variety of cuisines represented. 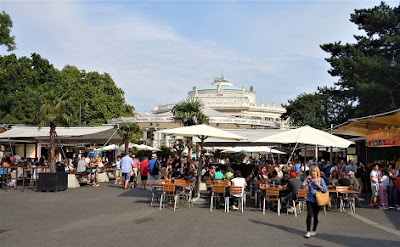 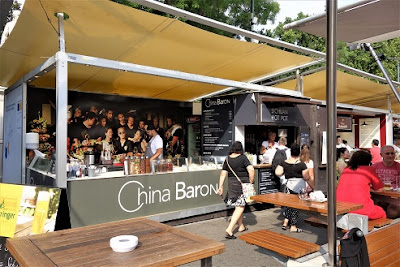 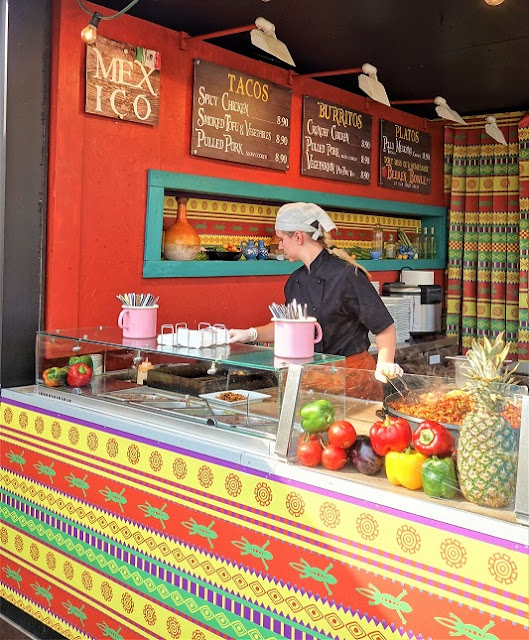 (I wasn't about to try an Austrian version of Mexican food!) 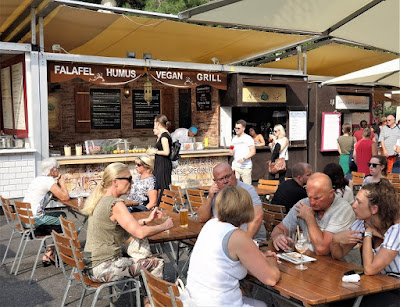 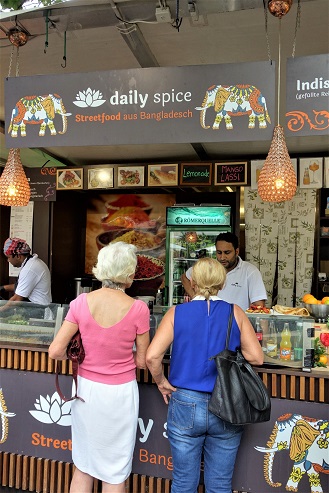 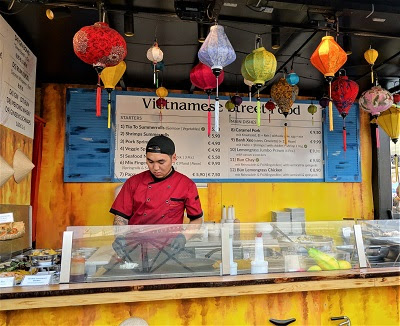 And, yes, there were stands that sold traditional Austrian fare.  That is what I went with. 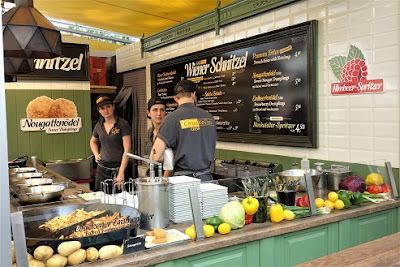 I ordered baked Emmenthal cheese.  It was served with a remoulade sauce and, surprisingly, cranberry sauce.  It was quite good, and the accompanying cucumber salad and potato salad were tasty too. 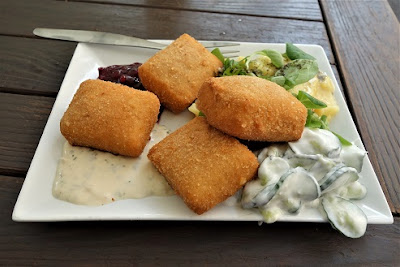