"Flammkuchen" is a dish that originated in the region of Alsace along the border of Germany and France.  It consists of extremely thin bread dough, traditionally topped with "creme fraiche" (similar to sour cream), cheese, pork fat and sliced onions, and then baked in a wood oven.  In the supermarkets here you can buy packaged "Flammkuchen" dough which comes in thin sheets.

That is what Brigritta and I prepared Thursday night for supper.  She adds additional toppings to it, so that it is very much like a pizza.  Two sheets of dough come in the package.  Since she is a vegetarian she prepared one without meat and I prepared the other one which included Serbian dried beef that a friend of Peter's had given him. 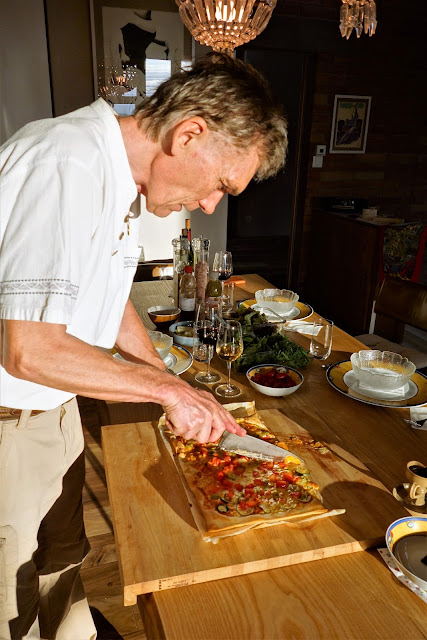 Fresh out of the oven.  Peter slices the "Flammkuchen" that Brigitta had put together.

And here is the "Flammkuchen" that I had prepared. 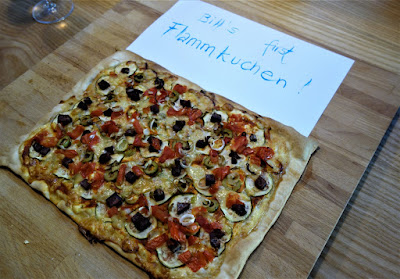 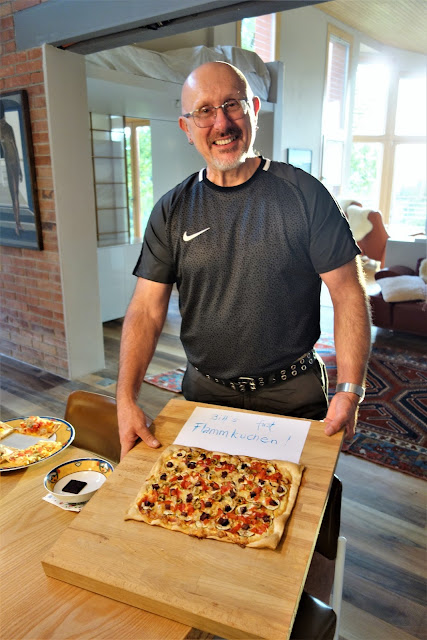 They were both delicious!
Posted by Retired Teacher at 4:25:00 PM