Even though I am now in Munich, I still have more to share with you about Vienna.

My home town of Cleveland is recognized for having an excellent art museum, so it takes a first rate museum to impress me.  The Kunsthistorisches Museum, which I visited on Sunday, most definitely impressed me.  The long German word means that it is a museum of art and history.  It was opened in 1871 during the reign of Emperor Franz Josef as a place to store the enormous archaeological, decorative arts, and painting collections of the Hapsburg family.

The majestic building is located across the street from the Hofburg Palace complex on a plaza named after Empress Maria Theresa.  Facing the museum on the opposite side of the plaza is a twin building which houses the Natural History Museum. 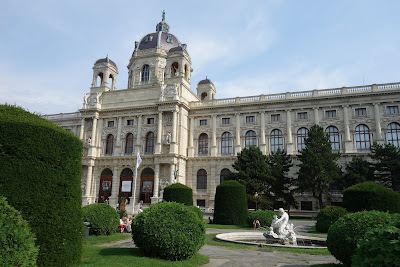 The interior of the museum is truly palatial. 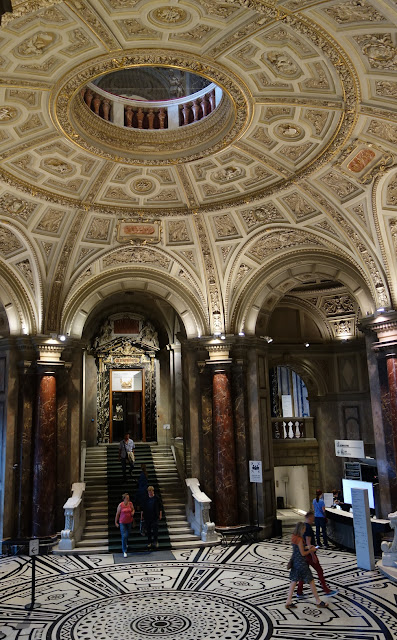 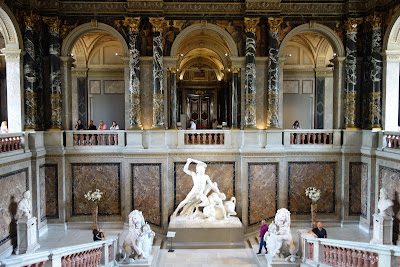 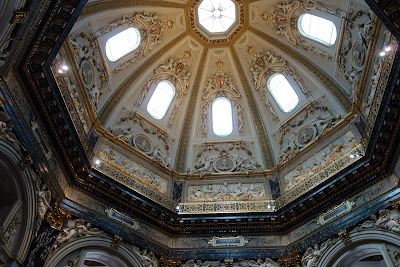 On the ground floor in one wing of the building is the "history" part of the museum, an impressive archaeological collection beginning with ancient Egypt 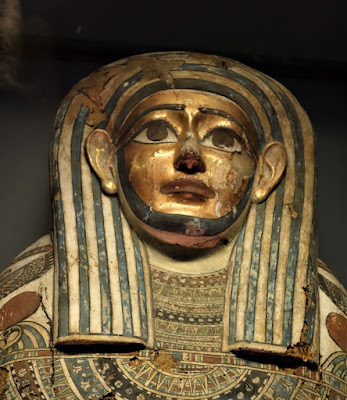 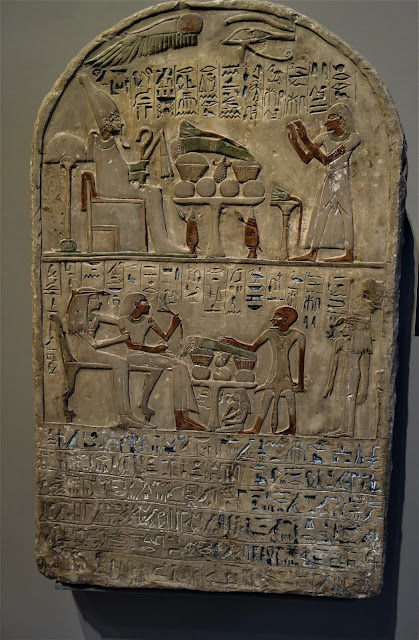 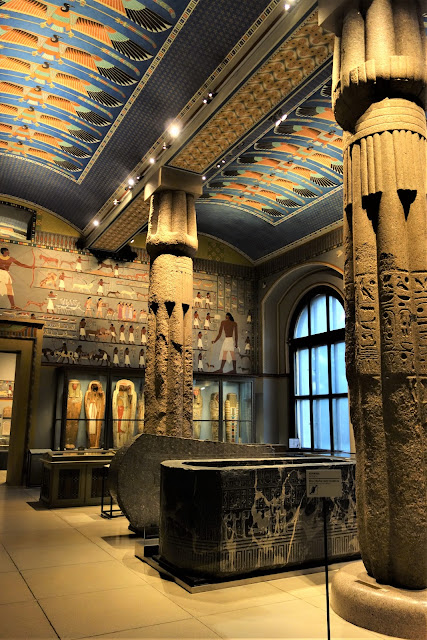 .
When Emperor Franz Josef went to Egypt for the opening of the Suez Canal, he was presented with several pillars from an ancient temple.  Those pillars were utilized in the construction of the museum and actually support the ceiling.

Room after room is filled with antiquities from ancient Greece and Rome. 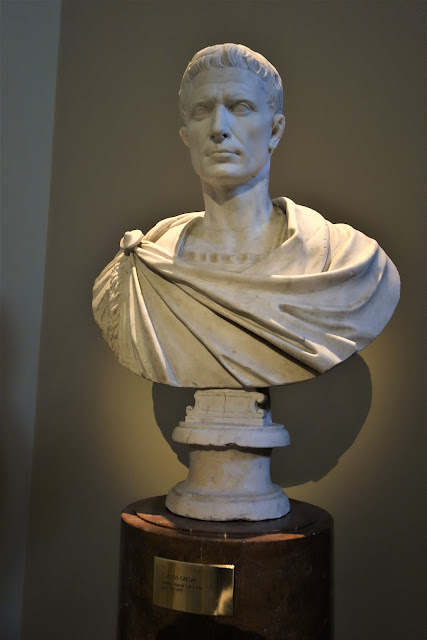 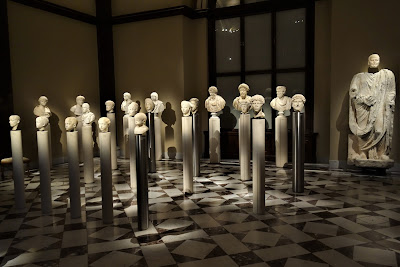 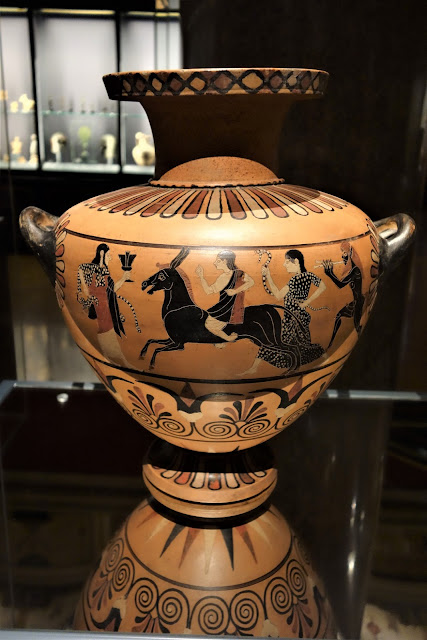 The other wing of the ground floor is filled with the enormous Hapsburg collection of decorative arts. 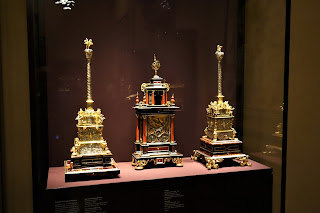 Especially interesting were the automatons that were used as table decorations to entertain dinner guests.  This gilded ship, when turned on, would travel up and down the table and its little canons would shoot puffs of smoke. 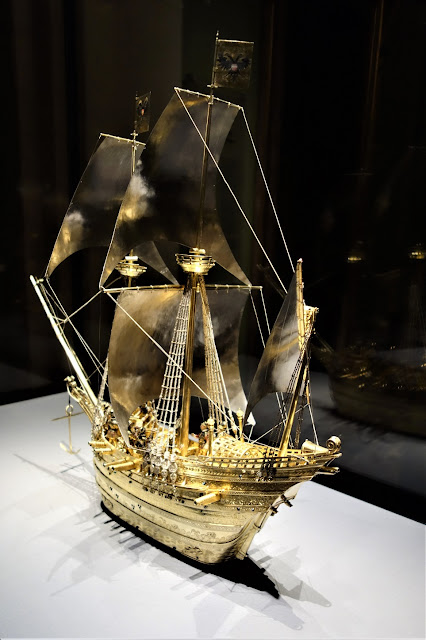 Can you guess what this lovely piece of wood carving is? 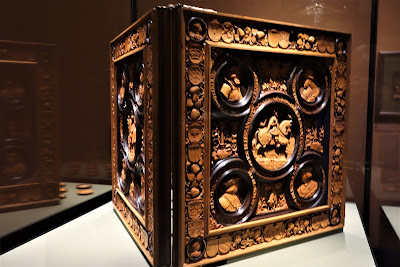 It's a backgammon board! 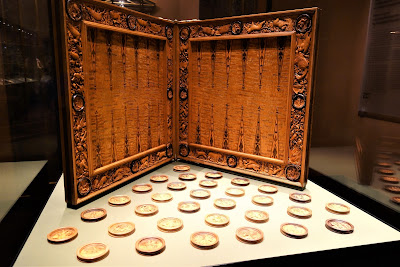 The most famous piece in the decorative arts collection is this gold salt cellar created by Benvenuto Cellini, the famous Renaissance goldsmith and sculptor. 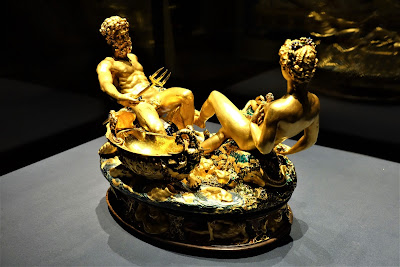 It is the only piece of Cellini's goldsmithing known with certainty to have survived to the present day.

All of this this would have constituted an excellent museum, but I still had to go to the upper floor where the painting collection is located.  There is a superb collection of Old Masters.  As you pass through room after room it is a thrill to come upon paintings that you recognize from pictures in books. 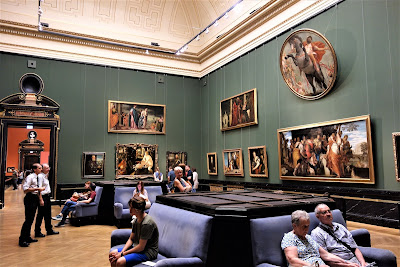 There are a large number of works by Rubens including quite a few large-scale canvasses. 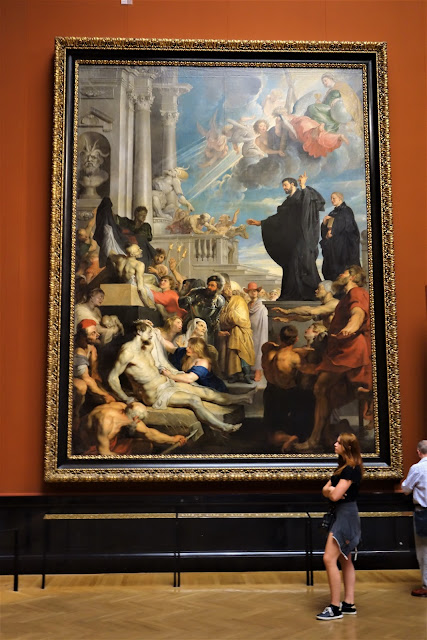 I have always liked the paintings of the Dutch painter Jan Vermeer, but I have only seen pictures of his art.  Here I was face to face with one of his most famous works, "The Art of Painting". 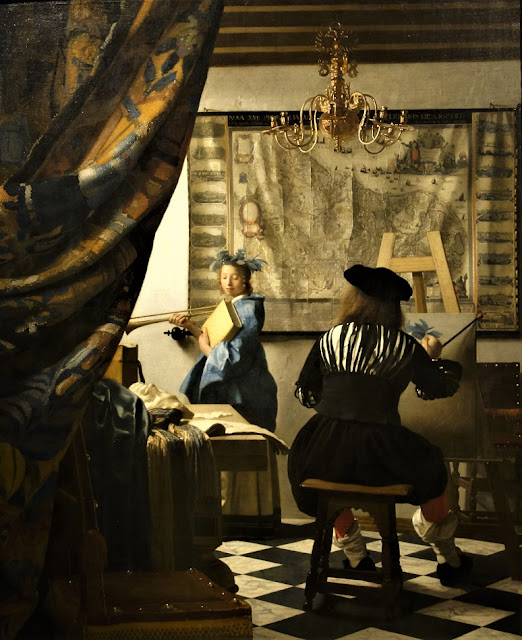 There is a room full of Rembrandts including several of his self portraits. 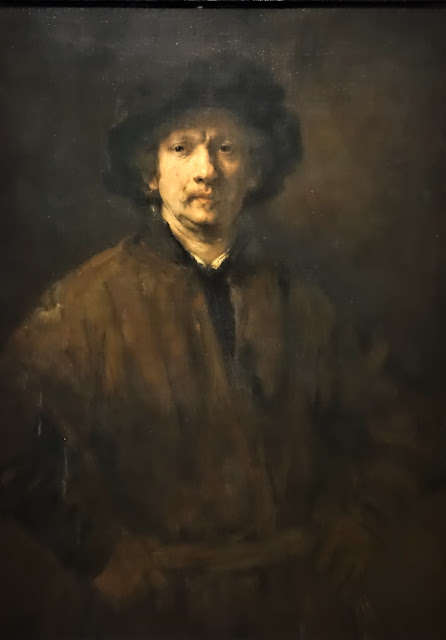 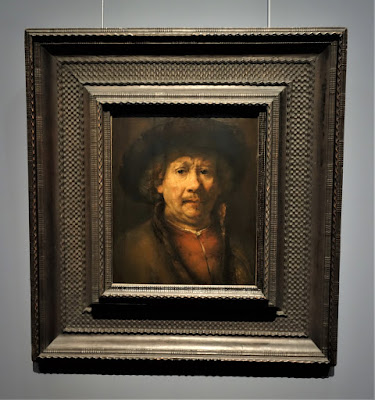 The museum has one of the best collections of paintings by Pieter Brueghel the Elder, the 16th century Flemish artist who is famous for his depictions of peasant life. 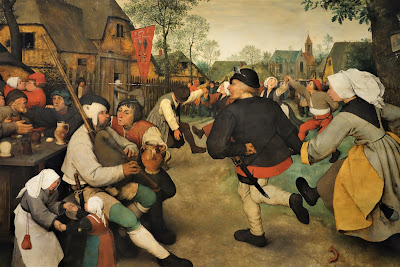 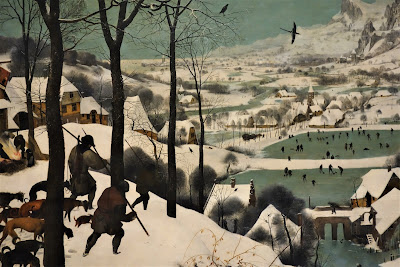 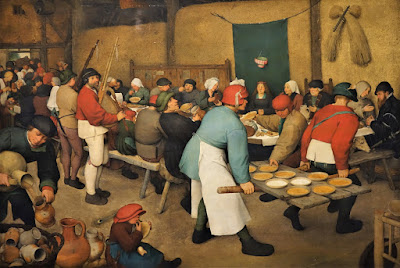 After Henry VIII broke with the Catholic Church in order to divorce his wife Catherine of Aragon, the Hapsburgs did not have good relations with England.  After all, Catherine was the aunt of the Hapsburg Holy Roman Emperor Charles V.  So I was a bit surprised to find a couple paintings by Henry's court painter, Hans Holbein.  One of them is a portrait of Henry's third wife, Jane Seymour. 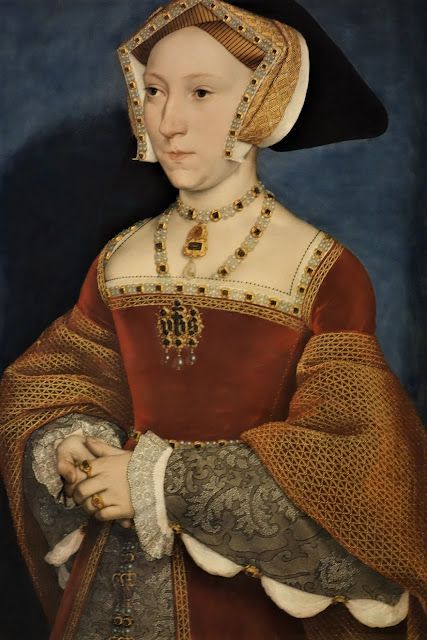 Here is Caravaggio's painting "David with the Head of Goliath". 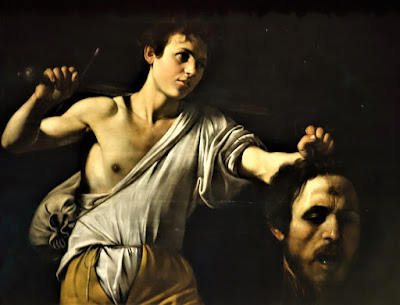 There are several paintings by the Spanish master Diego Velázquez.  He was the court painter of King Phillip IV, one of the Spanish Hapsburgs.  Just as we send photos of the family to out of town relatives, Phillip sent Velázquez portraits to his Austrian cousins. 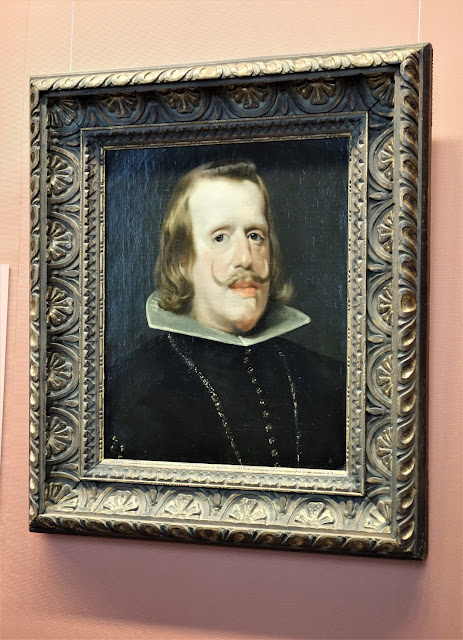 Portrait of Phillip IV of Spain 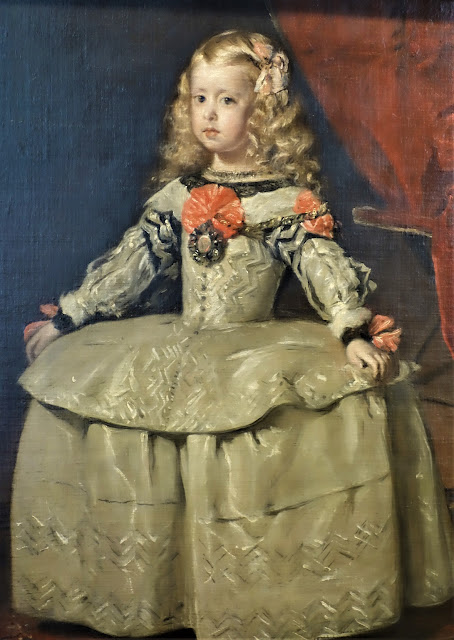 If you are familiar with the work of Velázquez, you recognize this little princess.  She is Phillip´s daughter Margarita, the girl in the painter´s masterpiece "Las Meninas" (which hangs in the Prado Museum in Madrid.)  When she was only 15 years old Margarita was wed to her uncle and cousin, Austrian Emperor Leopold I.  She died at the age of 21.

Usually I try to limit my museum visits to two hours.  But here, even though museum fatigue was setting in, I spent over four hours.  I had to try to see as much as I could in this outstanding museum.
Posted by Retired Teacher at 3:23:00 PM