On Sunday afternoon cousin Werner picked us up, and we drove the short distance from Lenzburg to Aarau, the capital of the canton of Argau.  There, yet another Swiss cousin, Walter, and his wife Helen, had invited us to their lovely home for a family cookout.  Gail and Wes were introduced to more of the Swiss family, and there was even a cousin that I had not met on my previous visits.

Walter, the master of the grill 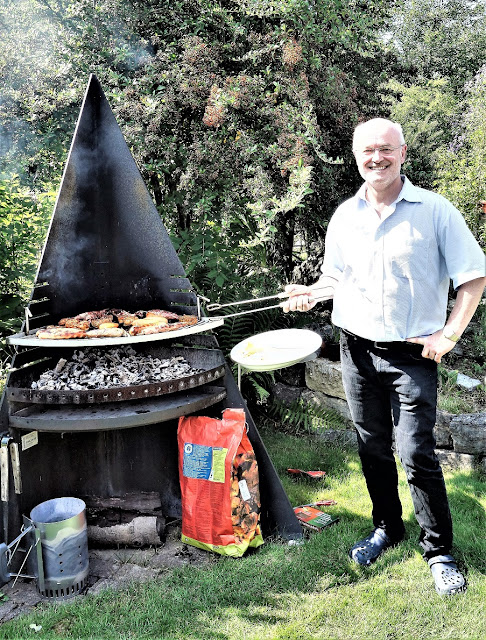 Here am I with Walter's wife, Helen. 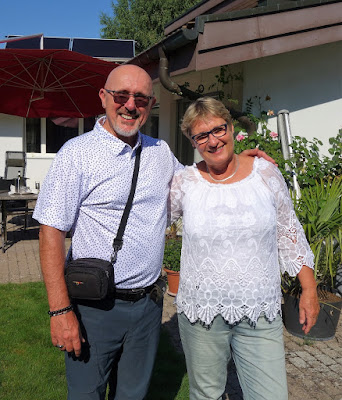 When Helen was a high school student she spent a year as an exchange student in Mexico.  She recently made contact again with her "Mexican family", and they took a trip last year to Mexico.  I told them both that they need to come to visit me sometime when I am in Mexico.

Gail and I had gifts for Walter and Helen as well as for Werner.  It was here that I presented Werner with the painting which I did of his parents' house in Othmarsingen. 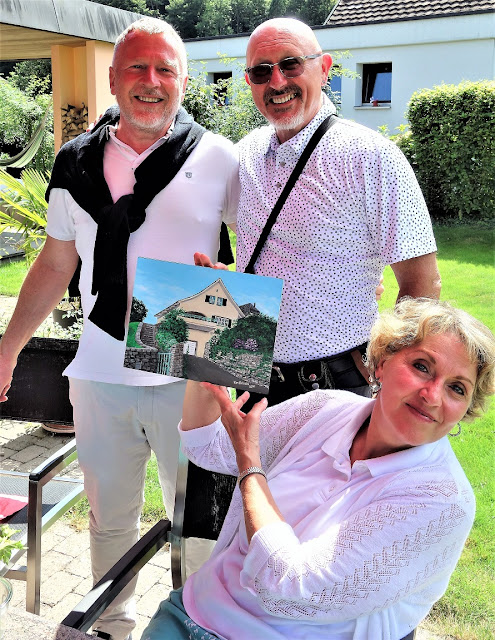 Of course, a group photo of everyone was obligatory.  As you can see, Gail and I have a big Swiss family, and there were a lot of cousins who were unable to attend. 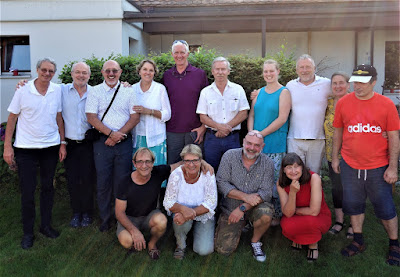 After the party Werner drove Gail and Wes to a hotel near Zurich airport since they were returning to the United States the next morning.  I think that they were both overwhelmed by the warmth and hospitality that they received from all the relatives.  We are so very lucky to have our Swiss family!