Along the Beautiful (not so) Blue Danube

Perhaps Johann Strauss, the composer of the famous waltz, was color blind, but the Danube River is definitely not blue.  However, the skies were blue, the sun was shining, and it was a beautiful afternoon to take a cruise down the Danube.

The next portion of my multi-ticket excursion on Friday was a boat ride down the 23 mile stretch from Melk to the town of Krems.  This area is known as the Wachau Valley.  It is one of Austria's principal wine making regions, and it is also famous for its apricot orchards whose fruit is used to make jam.

Our ship pulled into a narrow channel of the Danube and docked below the monastery of Melk.


At 1:45 we left Melk and headed out along the main channel of the Danube. 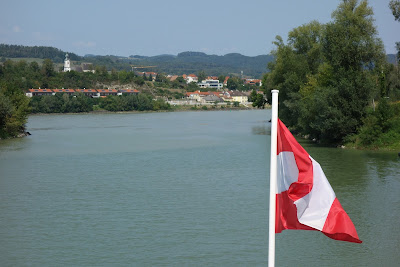 We passed numerous villages.  Many of the churches in Austria have onion domes.  This architectural feature shows the influence of the Ottoman Turks who had marched through eastern Europe all the way to the gates of Vienna. 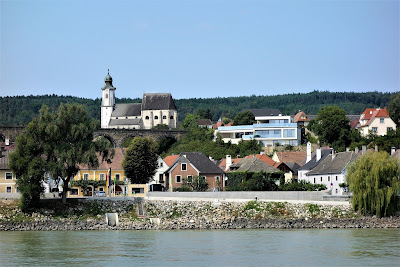 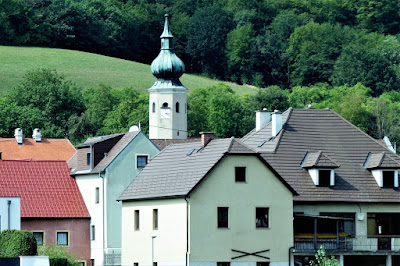 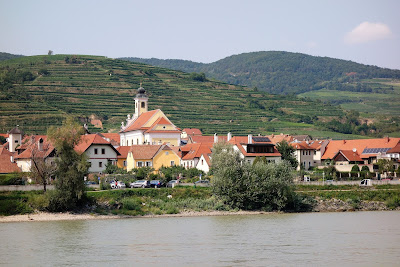 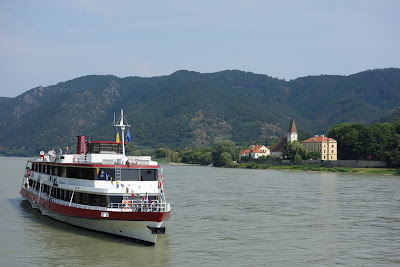 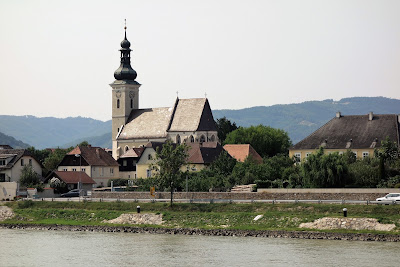 Medieval castles crown the peaks or guard the river channel. 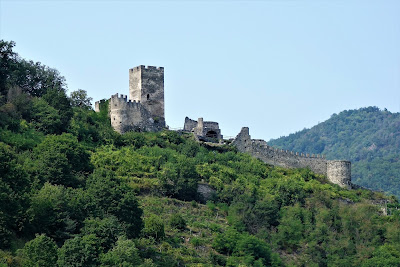 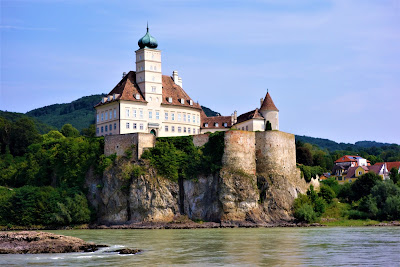 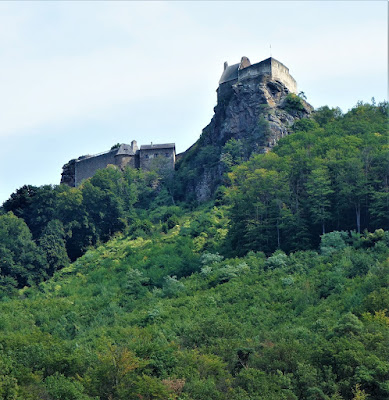 The gentler slopes are covered with vineyards. 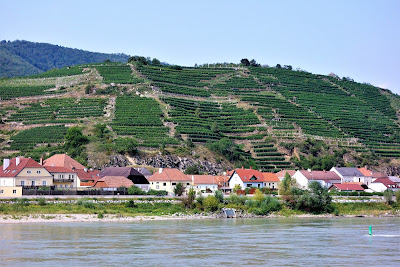 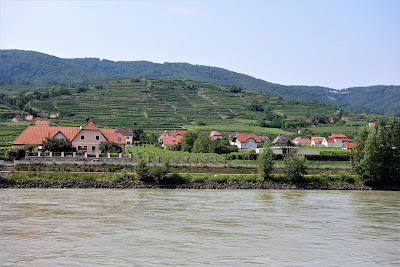 The most picturesque and historic of the towns we passed was Dürnstein with its striking blue church. 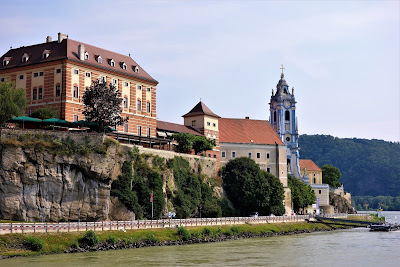 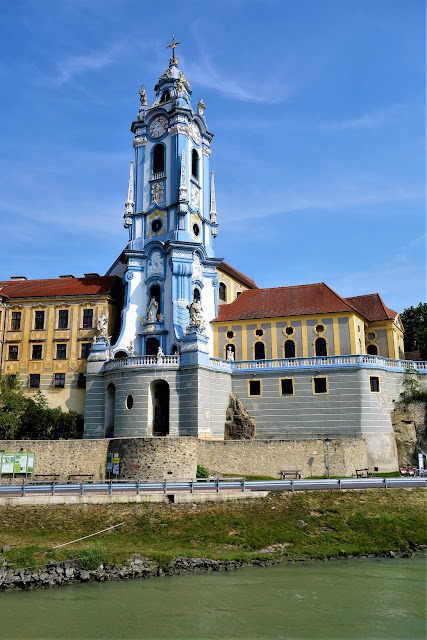 High above the town, it was at the Castle of Dürnstein where King Richard the Lionhearted of England was imprisoned by the Duke of Austria on Richard's return from the Crusades. 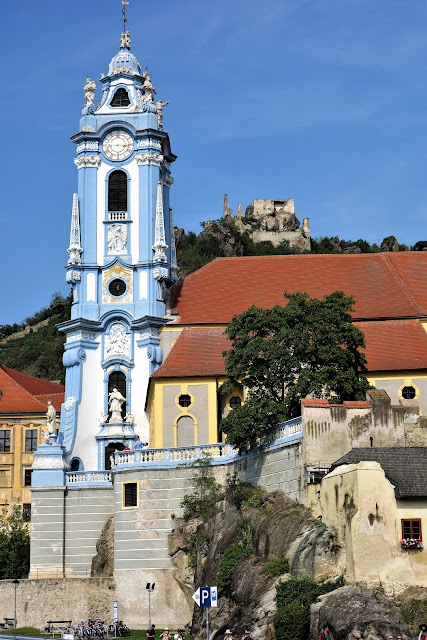 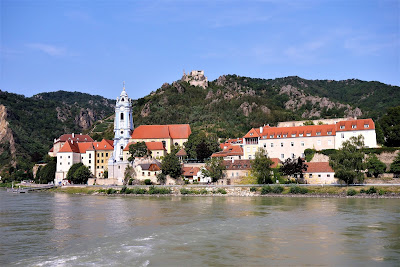 Just past Dürnstein we arrive at Krems, the end of our boat journey. 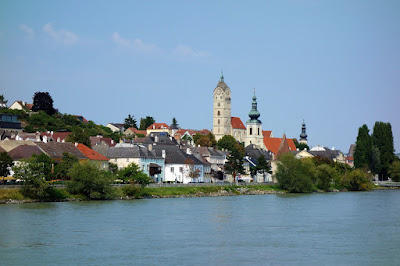