Lenzburg on a Sunday Morning

On Sunday Werner was going to pick us up at our hotel at 1:30 P.M. to take us to a family get together at the home of yet another cousin.  I had the morning free, and it was a beautiful, sunny day, so I did some exploring in the "Altstadt" or "Old Town" of Lenzburg.  Although it only consists of a few city blocks, the "Altstadt" is very picturesque.  Many of the buildings were built at the end of the 15th century after a fire devastated the town. 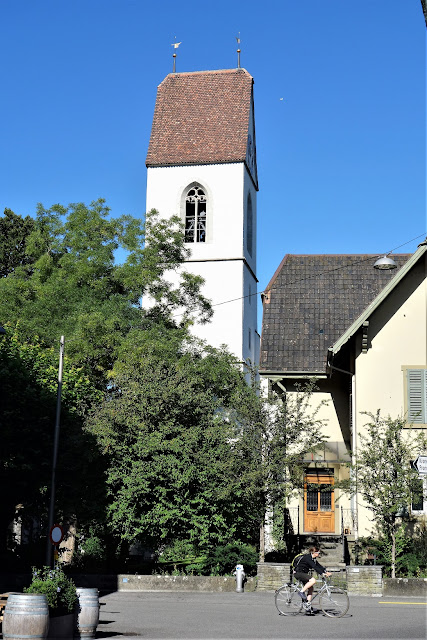 Sunday morning services had not yet begun, so I was able to peek inside. 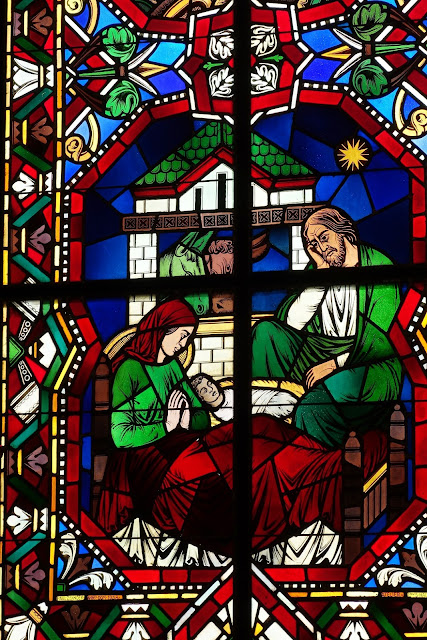 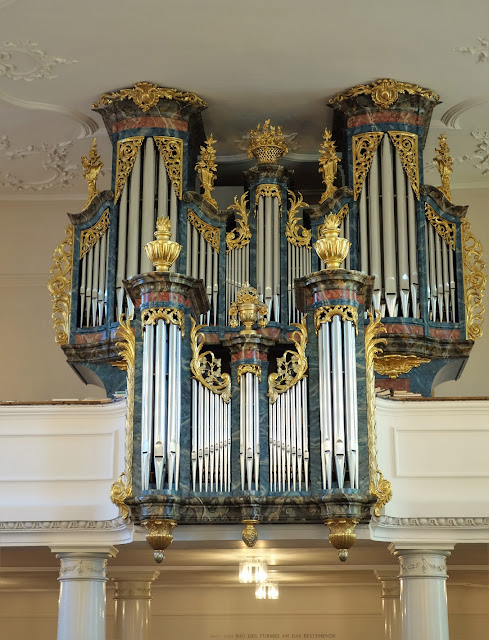 Lenzburg definitely believes in ringing its church bells on a Sunday morning.  Listen to the video below.  The bells continue like that for a solid fifteen minutes before service.  Add to that the bells of the city hall clock tower which chime daily every quarter hour.  I have not needed to unpack my travel alarm clock, because city hall wakes me up each day at 6:00 A.M. 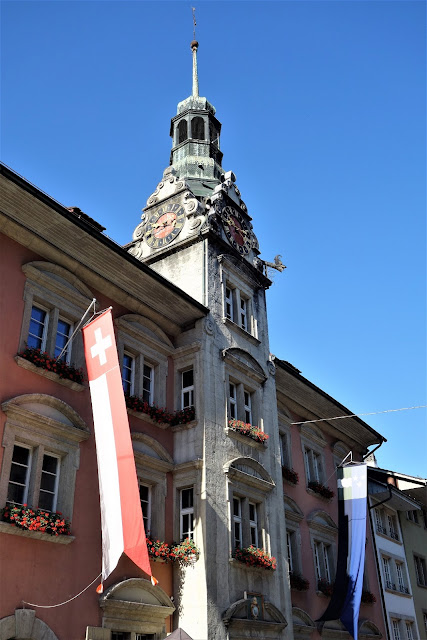 The clock tower of the old city hall

I spent some time just wandering around the Old Town.  It was somewhat cluttered with the  food stalls and the performance stages for the festival, but it was still quaint. 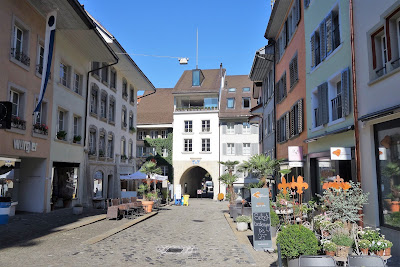 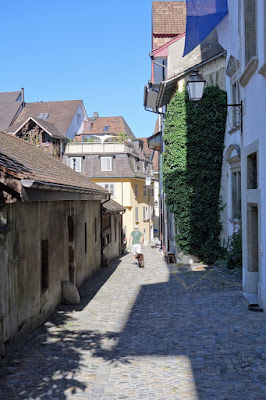 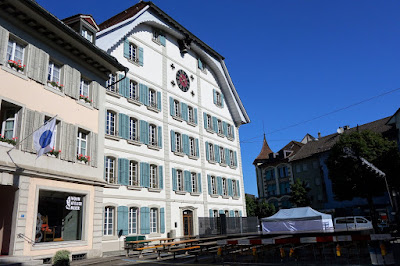 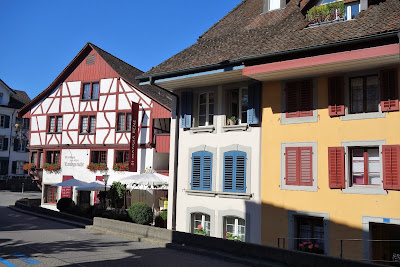 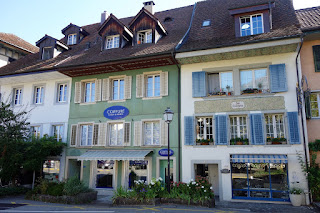 Scattered throughout the Old Town are fountains which provided the town with drinking water.  You can still drink the water from them. 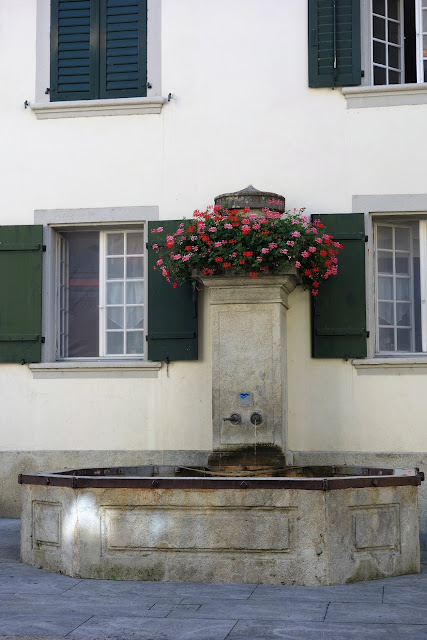 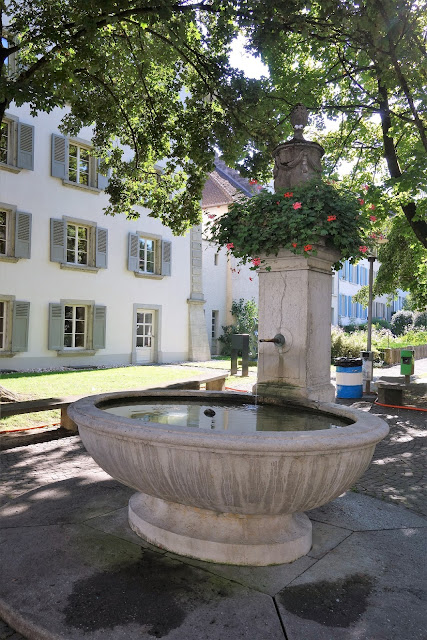 This is the most elaborate of the fountains.  It dates back to 1572. 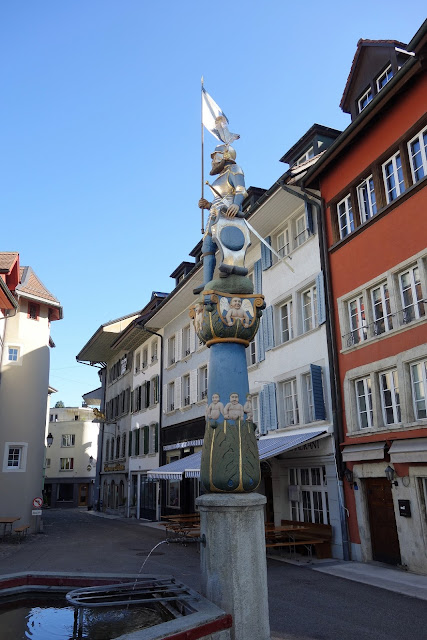 Another feature of the neighborhood which harkens back to olden days are the ornate signs which are often pictorial representations of the name of the business or of the building. 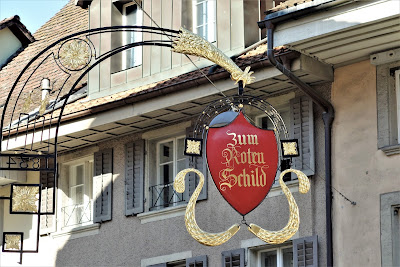 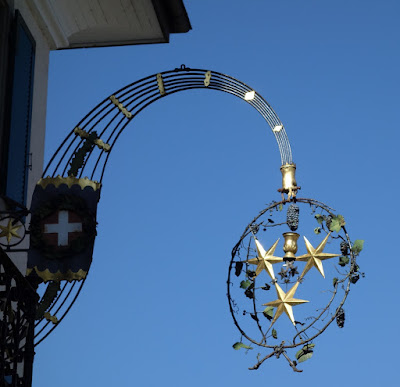 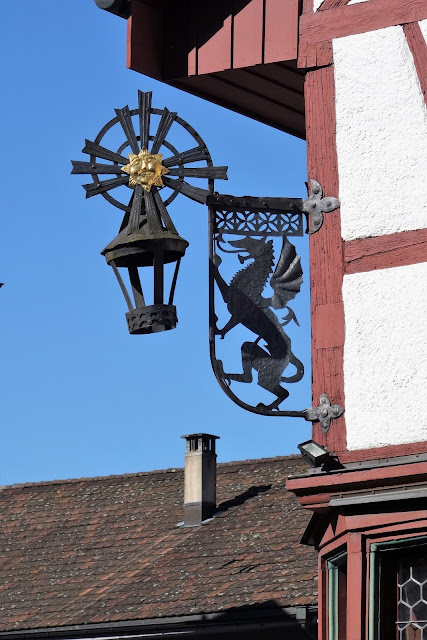 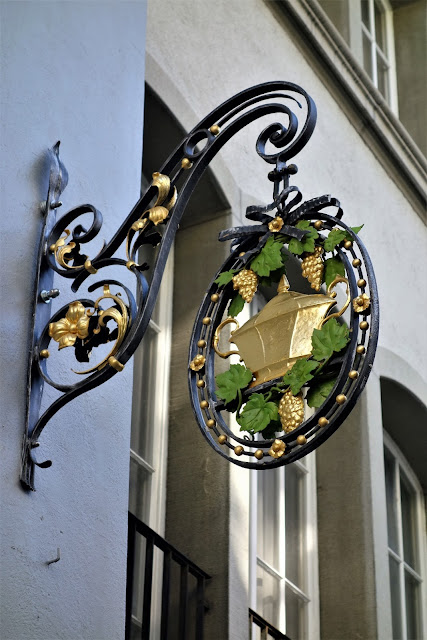 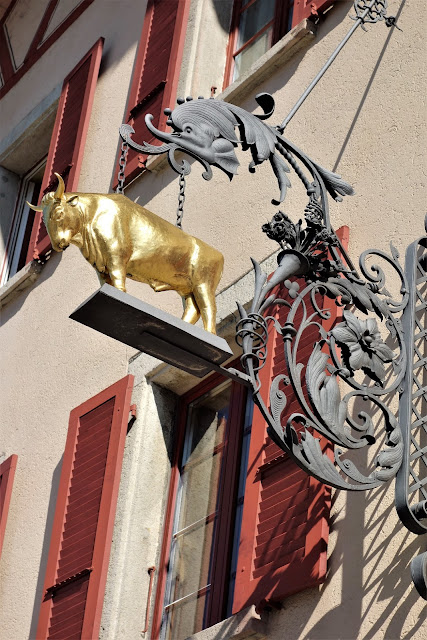 I still had several hours before Werner was coming to pick us up, so I lifted my eyes up to the castle on the hill, and decided that I would visit it once again. 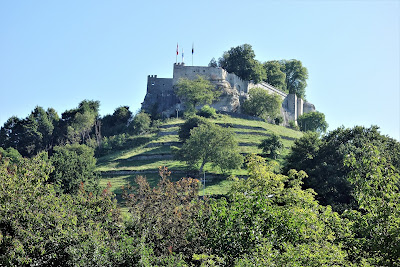