I Will Soon Be There

As I have written previously, early next week I will be heading across the ocean to Switzerland to see my wonderful Swiss family... the distant cousins that I discovered through my genealogical research.

As I have also written, my Ohio cousin Gail will be joining me.  She and I are third cousins from the Swiss branch that we share in our family trees   Gail and her husband Wes are already in Europe.  Last Sunday they flew to Vienna to begin a guided tour of Austria and Switzerland.  At the end of their tour they will stay on for several days so that I can introduce them for the first time to her Swiss relatives.  Our cousin Werner will take us under his wing and introduce them to our ancestral town of Othmarsingen.

Earlier this week Gail sent me a photo of the two of them in front of Vienna's Schoenbrunn Palace, the summer home of the Hapsburg rulers of the Austrian Empire. 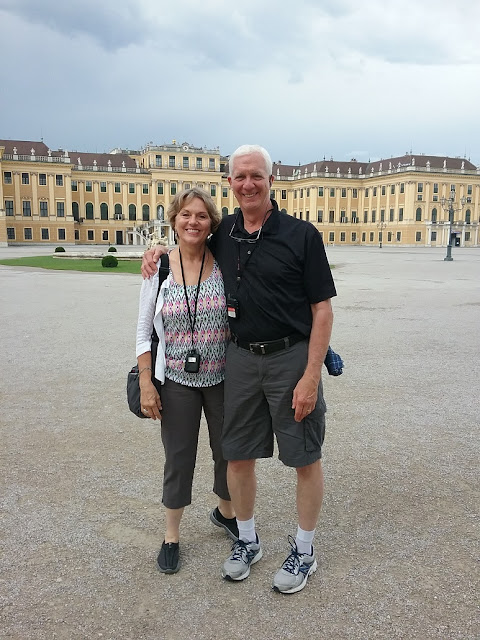 Ironically, far back in the Middle Ages, long before they became the most powerful dynasty in Europe, the Hapsburgs were an obscure noble family who had a castle located just a few miles from Othmarsingen!

After Gail and Wes return home to Ohio, I am going to travel to Austria and Germany.   Schoenbrunn Palace will be one of many places that I will visit.  In fact, I already have my admission ticket for the palace.  So, be sure to come back next week and read all about my European adventures!