Earlier in this trip I wrote about the "Metro Museum" located in the Mixcoac subway station.  Just a few stations down Line 12 from Mixcoac is another subway stop that has quite a display.  The Zapata station is named after Emiliano Zapata, hero of the Mexican Revolution who fought for "Land and Liberty!".  The station is decorated with dozens of images of the man with the big sombrero and the big moustache.  Some are serious portraits; many are caricatures, some, in spite of Zapata's tragic end, are humorous. 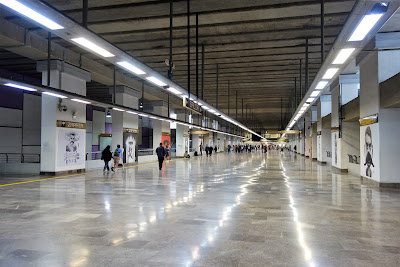 Here are a few of the many faces of Zapata... 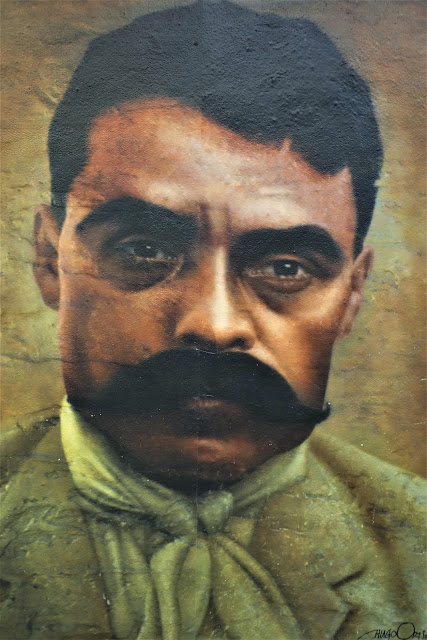 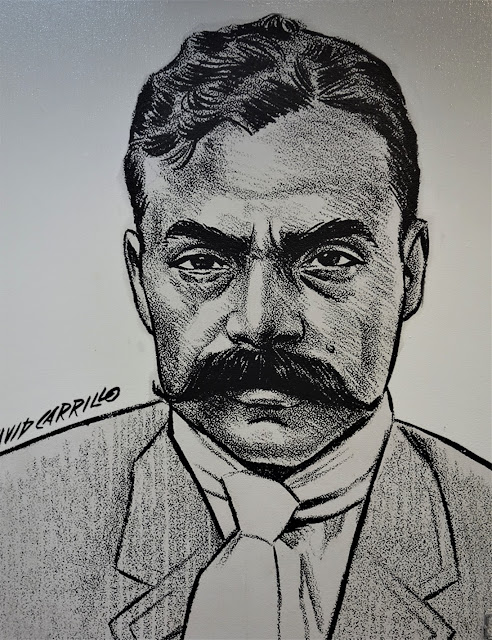 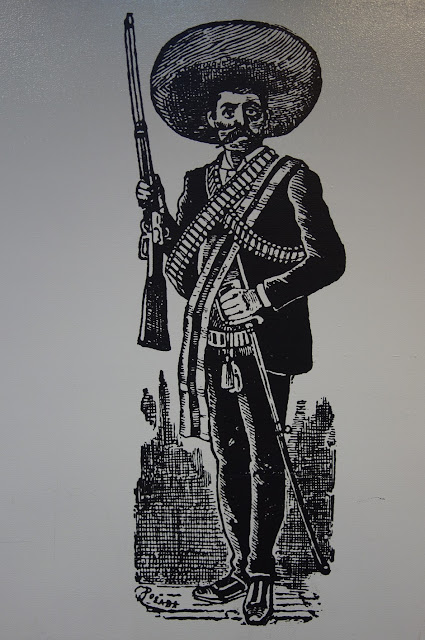 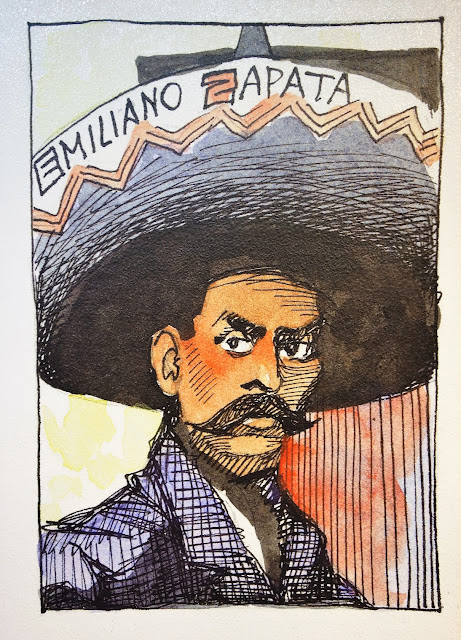 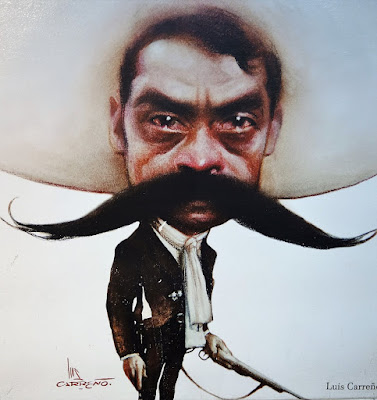 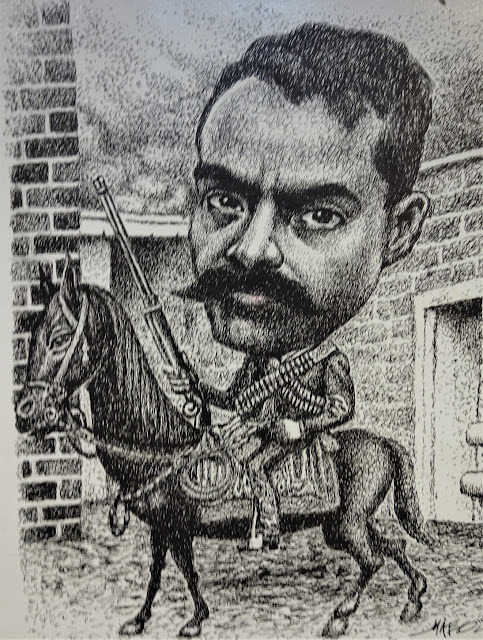 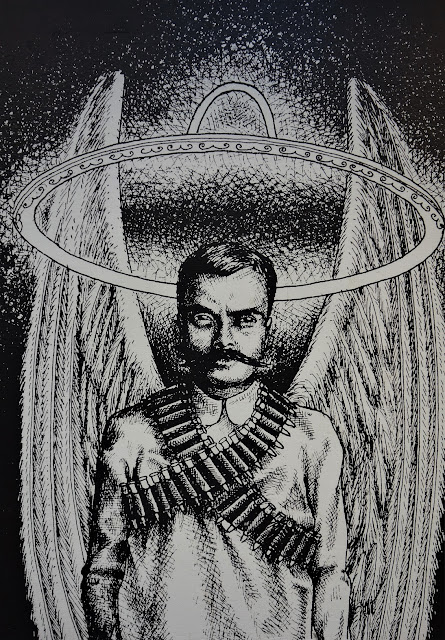 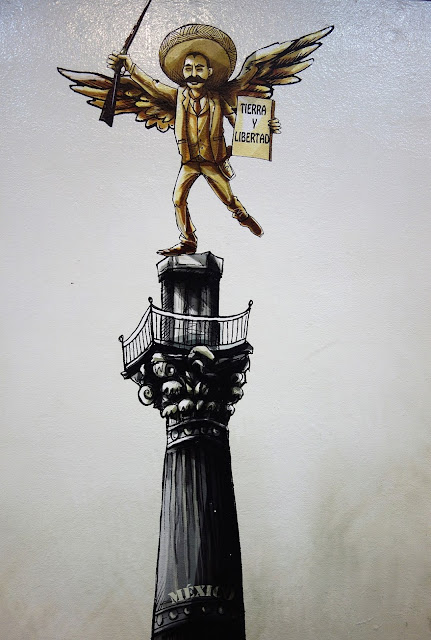 A winged Zapata atop the Independence Monument 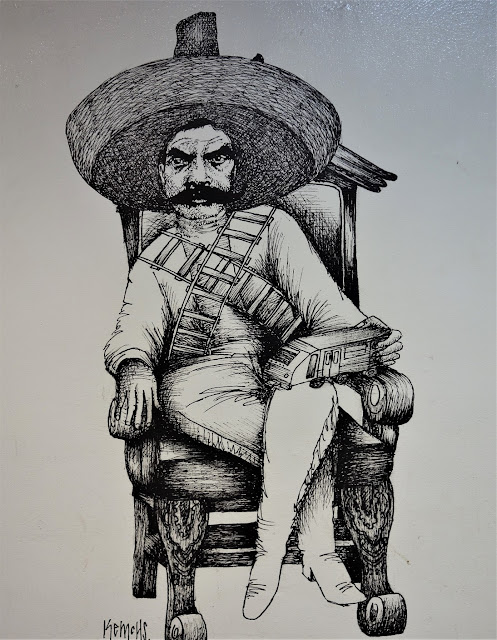 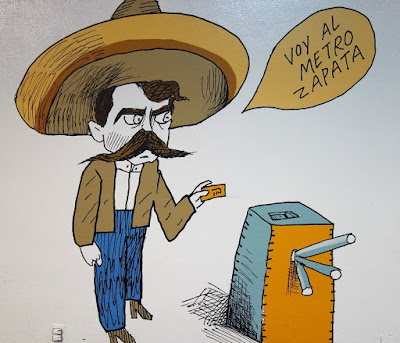 "I'm going to the Zapata subway station."
Posted by Retired Teacher at 9:26:00 AM