The same Zapata subway station that I wrote about yesterday also contains a passageway covered with drawings from numerous Mexican cartoonists.  Understanding humor in another language is not always easy, especially when it deals with current or political events, or if the language employs slang or puns.  But here are a few of the cartoons that I "got"... 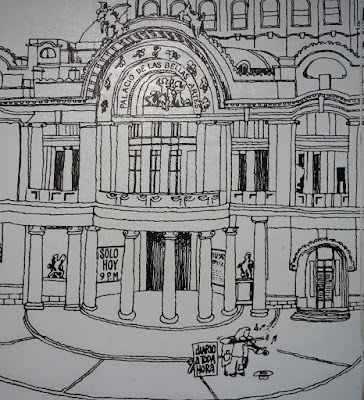 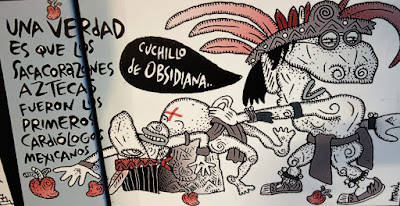 "It is true that Aztec heart-removers ("sacacorazones" is a play on the word "sacerdotes"... priests.) were the first Mexican cardiologists."
The priest is asking for an obsidian knife instead of a scalpel.

Here are a couple that deal specifically with the subway... 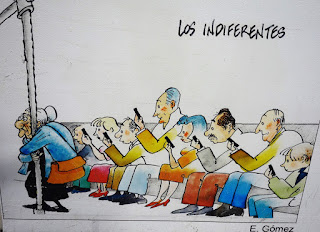 "The Indifferent"
A rather universal criticism of our modern world.
Everyone is so absorbed with their cell phones that can't be bothered to give their seat to the little old lady. 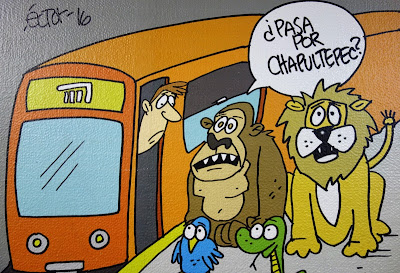 The gorilla asks the subway driver "Are you passing by Chapultepec?"
(Chapultepec Park is where the zoo is located.)

The humor may fall flat in translation, but they gave me a chuckle, and Alejandro laughed out loud when I showed these to him.
Posted by Retired Teacher at 12:27:00 PM