Most of the front pages of the newspapers here in Mexico City were about the guilty verdict (on all ten counts) handed down in the U.S. to drug lord Joaquín "El Chapo" Guzmán. 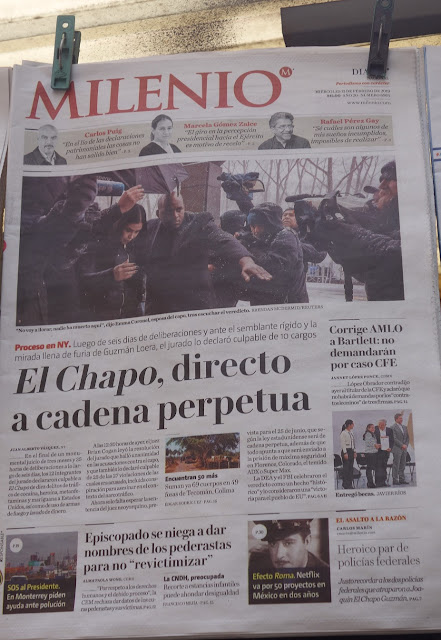 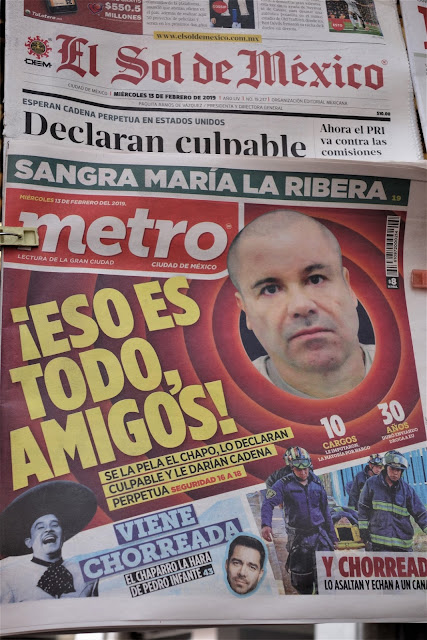 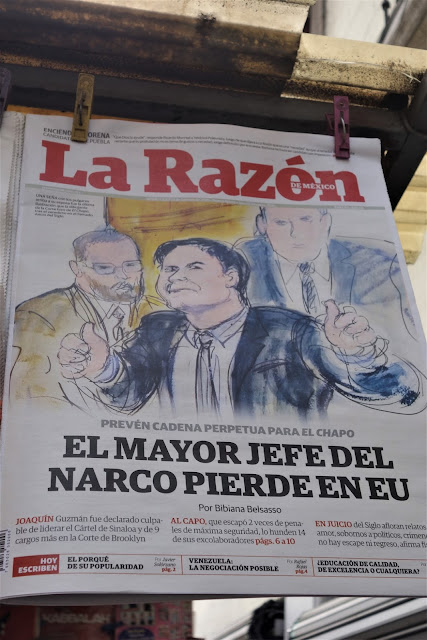 "The biggest narco boss loses in the U.S." 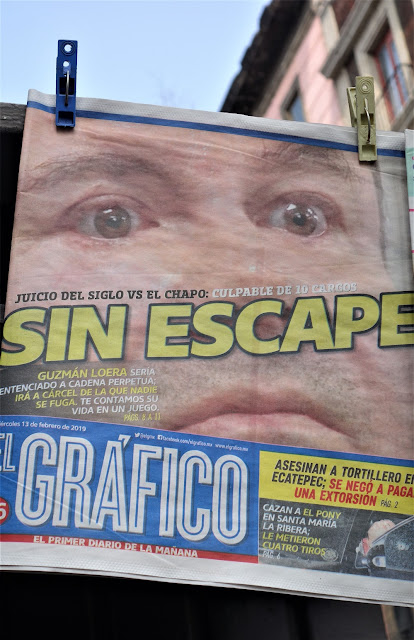 In other news...
After much speculation, it was announced that ex-President Enrique Peña Nieto (his term ended December 1 of last year) and his wife, former telenovela actress Angélica Rivera are indeed filing for divorce.  (Wonder if we will eventually see a similar story here in the U.S.?)

And the Mexican cinema chain, Cinemex, will finally be showing "Roma" in thirty theatres across the nation from February 14 until February 24 as part of its annual special presentation of all the films nominated for the Best Picture at the Academy Awards.
Posted by Retired Teacher at 6:22:00 PM