On our first day in Tehuacán, we saw a booth on the main plaza offering a night tour into the mountains above the city by night.  I am not a fan of guided tours, but it sounded interesting, so Alejandro and I bought tickets for that evening.

Shortly before seven we returned to the town square.  There were ten people for the tour.  I was the lone "gringo".   We boarded a large van.  Our guide Fabián was a jovial and informative fellow.  During our ride up into the mountains, he offered us samples of local delicacies.  I tried the cactus fruits and seeds, but I turned down the fried worms.

The tour was approximately five hours long.  We returned to Tehuacán around midnight.  I felt that it was too long.  Our last stop was a place called  ¨Paleo-Park", which in my opinion is definitely a tourist trap.  We walked along a torch-lit path viewing statues of dinosaurs and replicas of fossils that have been found in the region.  Then we went to a small building that they call their museum. There the lady in charge talked on and on and on about the real fossils in their collection.

OK, that was the bad part.

Our first stop was the obligatory souvenir shopping that most tours include.  We stopped in the little town of San Antonio Texcala.  It is the center for mining onyx, and the highway passing through the town is lined with shops selling all sorts of objects carved from the translucent stone.  We stopped at one of the stores. 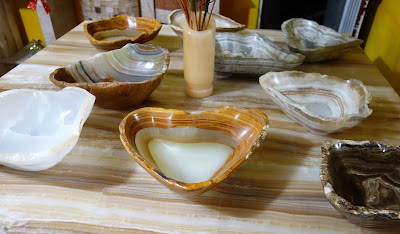 These onyx bowls are beautiful, but much too fragile to take home.

It was the middle part of the trip that was a genuine adventure that made the entire tour worthwhile.  We turned off the highway onto a rough, unpaved road.  There was a gate across the road, and the caretaker came and opened it.  After closing the gate behind us, he then got into the van with us.  We continued down the road for some distance.  The tall, columnar cacti to either side of us were ghostly figures illuminated by the headlights.  We then got out of the van and followed the caretaker down a path.  Our only light was by flashlight.  It seemed that we were in the middle of nowhere, and some of the group found it a bit scary.  The stars in the clear sky above were brighter and more numerous than you see in big cities with their light pollution.

After a bit of a hike we reached out destination, a place called "la Capilla Enterrada"... the buried chapel.  This little church was carved out of a cave in the 16th century. 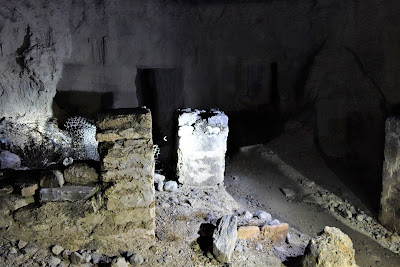 The chapel and the adjoining room which served as a sacristy feature the remains of paintings which covered the walls and ceilings. 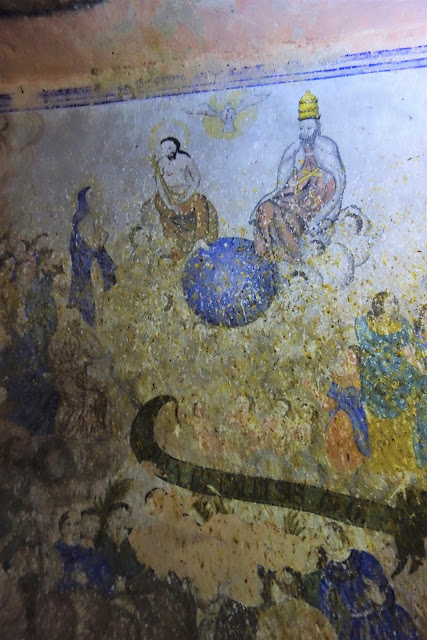 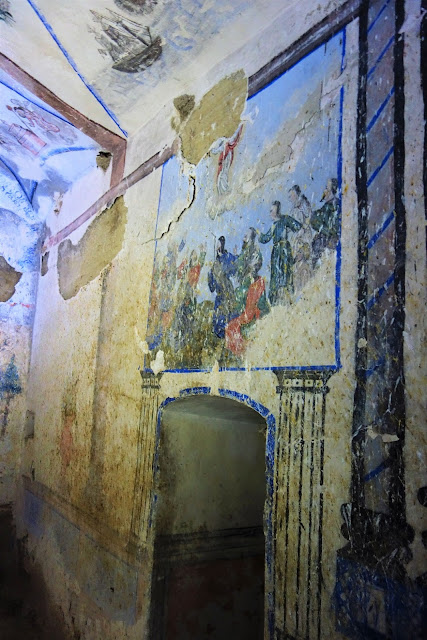 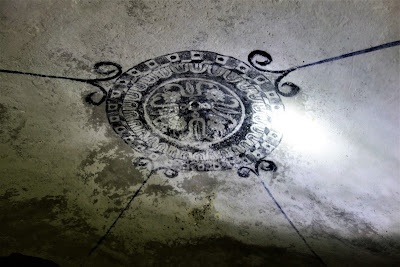 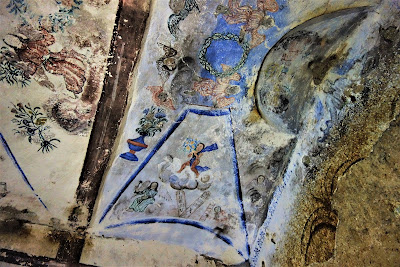 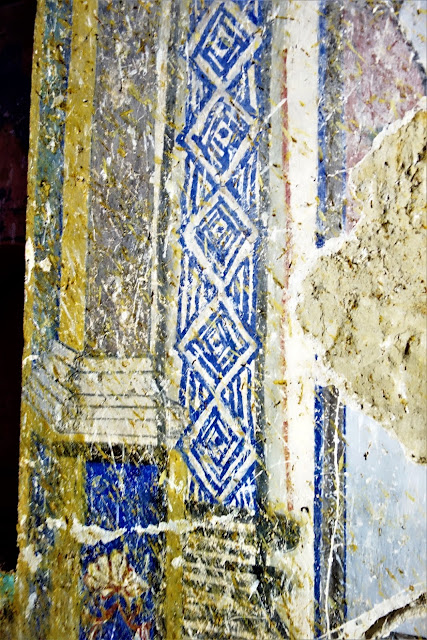 It is a remarkable, hidden gem, and it was worth not only taking the tour, but worth the trip to Tehuacán.