One of Mexico City's Small Gems

Mexico City has around 150 museums.  At the end of my latest trip I visited one of its lesser known museums, the National Watercolor Museum.  It was founded by Mexican watercolorist Alfredo Guati Rojo (1918-2003).   Guati Rojo devoted his life to the promotion of water color paintings by Mexican and international artists.  When the Mexican government turned down his request for the creation of a museum dedicated to water colors, the painter and his wife founded a museum without government assistance. It was originally housed in a building in the Roma neighborhood of Mexico City, but when that building was destroyed in the 1985 earthquake, the collection was relocated to a house in Coyoacán, a district in southern Mexico City. 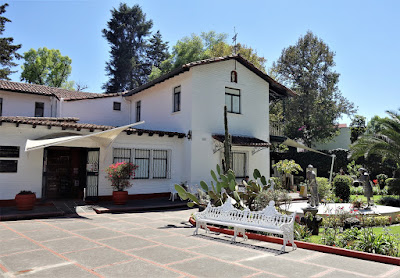 The first gallery in the museum contains reproductions of pre-Hispanic murals and codices.  Since those early civilizations used water based paints, it could be stated that history of water colors in Mexico goes all the way back to that era. 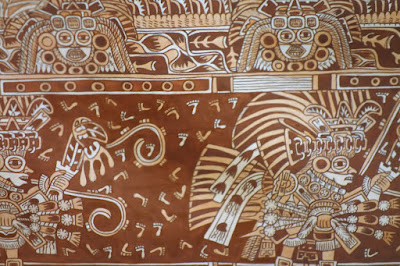 The next room contains Mexican works from the 19th and early 20th centuries. 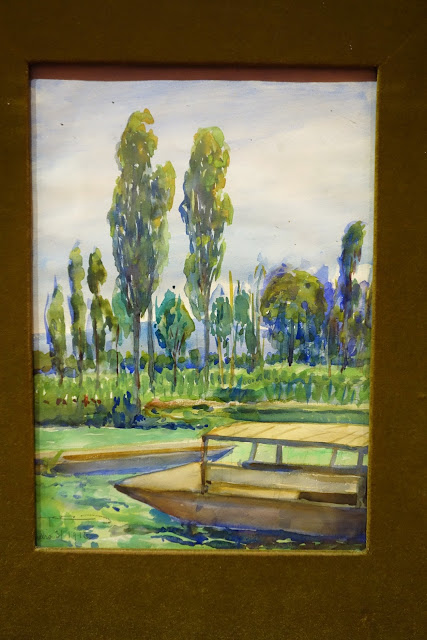 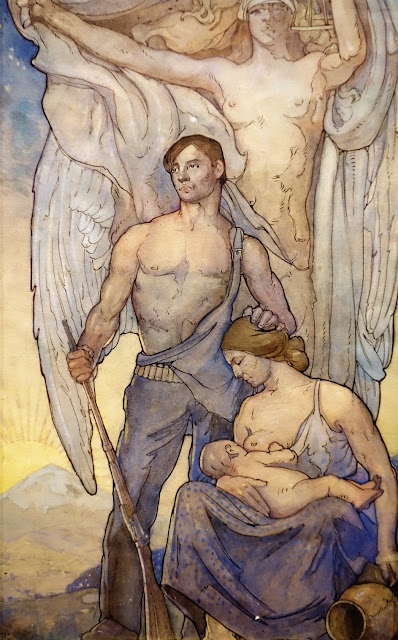 "Alegory" by Saturnino Herrán, 1915
Herrán is the only artist in the museum with whom I was already familiar.
There was an exhibit of his work at the Palace of Fine Arts last year.

The next room has a collection of some of the founder Alfredo Guati Rojo's works. 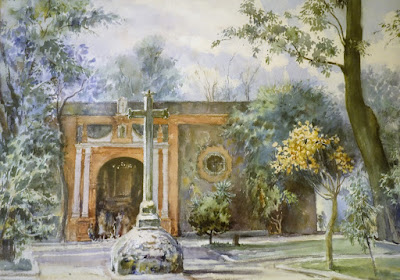 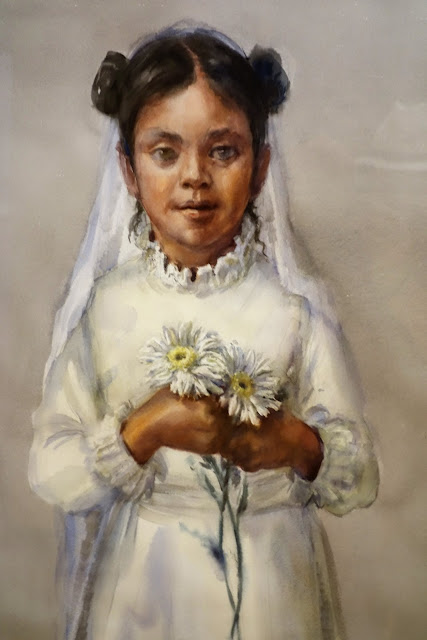 Heading upstairs there is a gallery devoted to 20th century Mexican watercolorists. 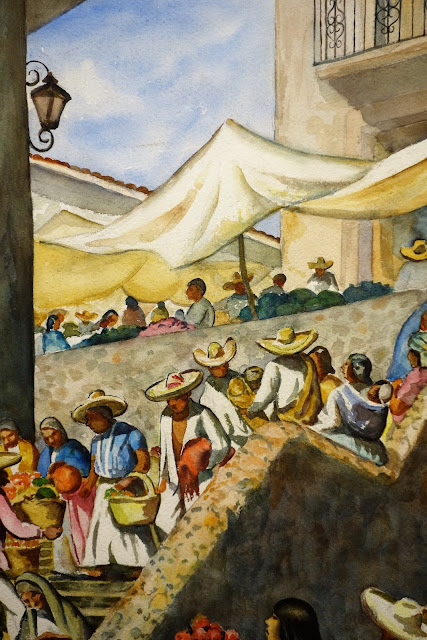 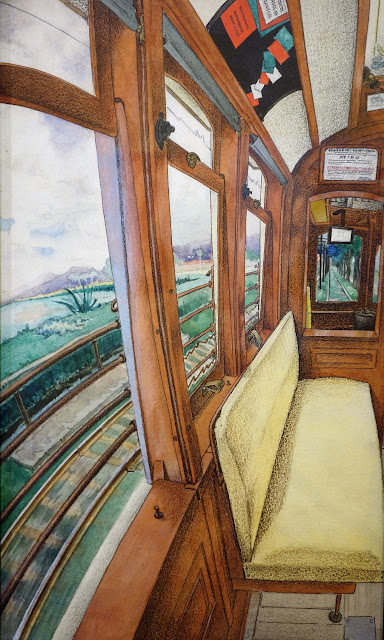 "Interior of a Streetcar" by Luis Serrano, 1930 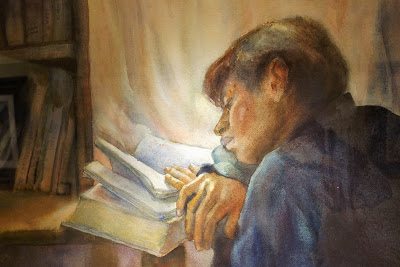 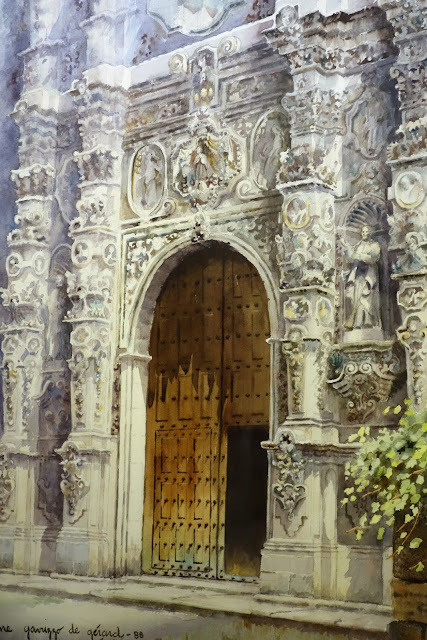 Some of the paintings are in a more abstract style. 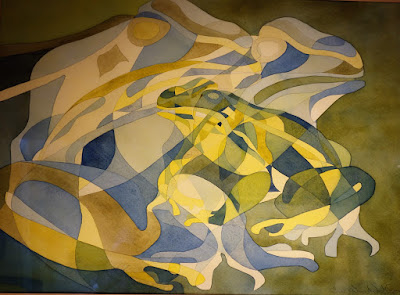 "Metamorphosis of a Frog" by Juan Antonio Madrid Vargas, 1995 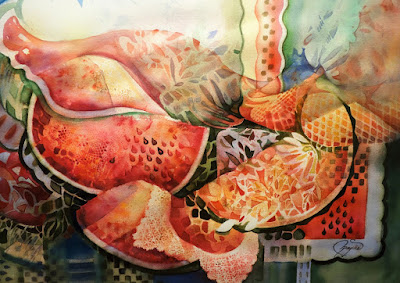 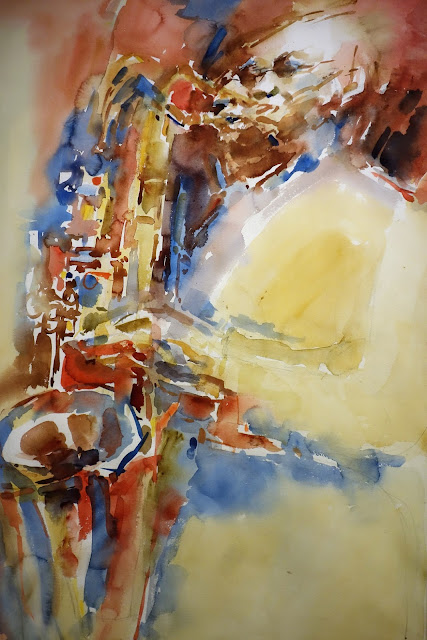 The final room of the museum is devoted to international artists. 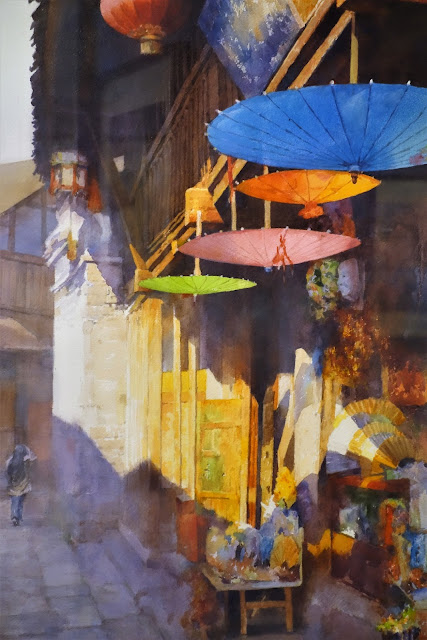 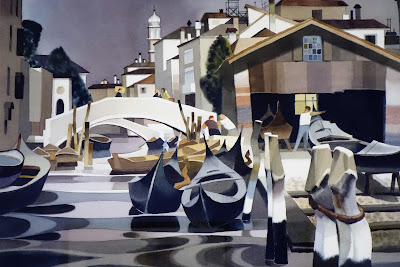 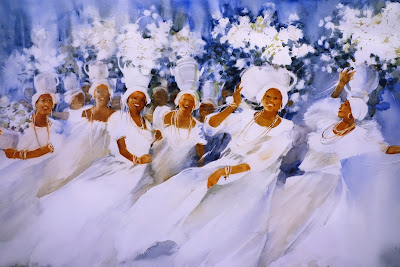 Next to the museum is a separate building where special exhibit are shown.  In my next entry I will write about the impressive show that was going on when I was there.
Posted by Retired Teacher at 6:48:00 PM