For as long as I can remember, Mexico City's main plaza, the Zócalo, has been a vast paved area.  But in the late 19th century and the first half of the 20th century it was a garden with trees, grassy areas and flowers.

The last time that I was on the Zócalo, about a week ago, there was a photographic exhibit with historic pictures showing the plaza as it use to be. 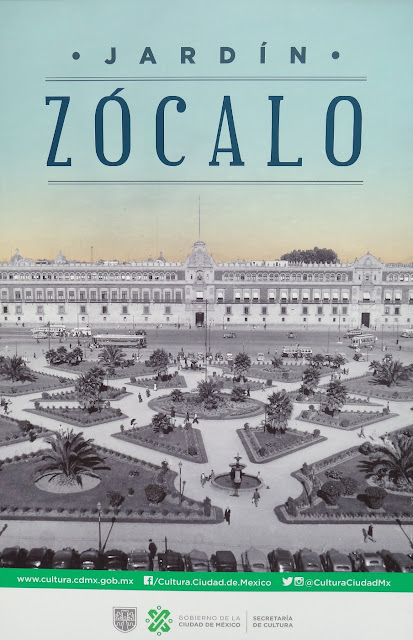 This undated photograph is a view of Zócalo looking north from the balcony of the city hall toward the Cathedral. 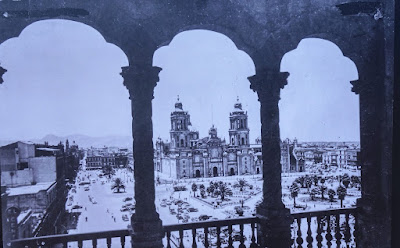 This picture, also undated, looks to the east toward the National Palace. 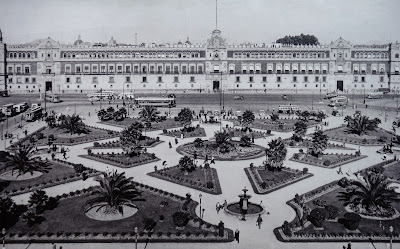 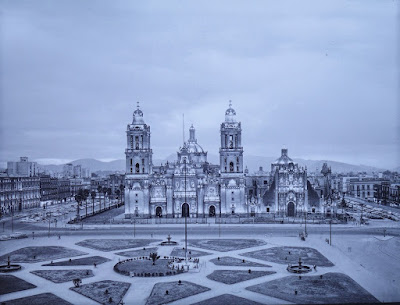 Looking toward the Zócalo from 20 de Noviembre Avenue.
The buildings are illuminated for Independence Day in 1944. 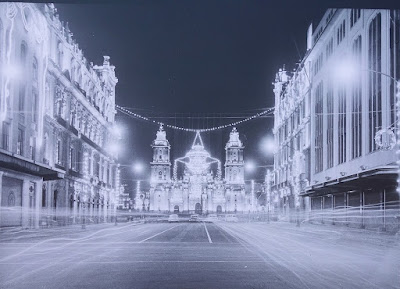 The National Palace illuminated for Independence Day in 1944 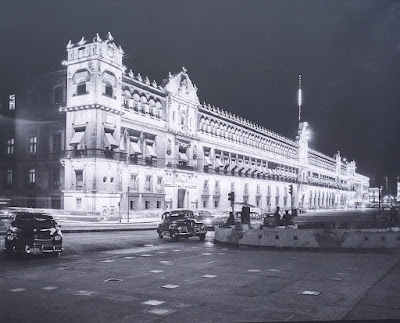 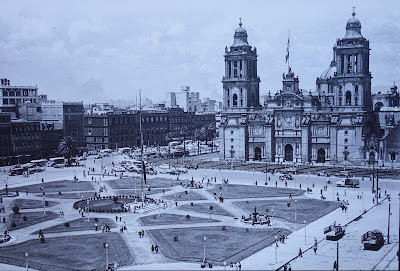 In most Mexican cities, the main plaza is a pleasant park-like setting.  That would be nice in  Mexico City, but it probably would not work.   The Zócalo is the scene of frequent political rallies and protests as well holiday celebrations.  On such occasions the square can fit a crowd of more the 100,000.  I doubt that a garden would survive such events.
Posted by Retired Teacher at 12:00:00 PM