Sunday afternoon we took a long walk, and we came across a tiny storefront restaurant selling tamales. 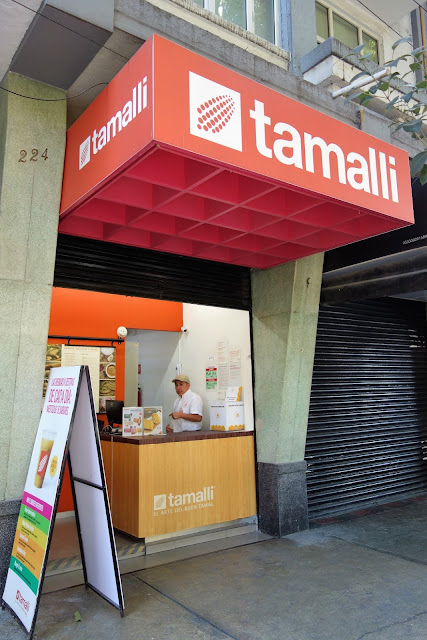 Tamales, the steamed corn meal treats with savory or sweet fillings, go back to pre-Hispanic times.  In fact, the name of this restaurant, "Tamalli" is the Nahuatl (Aztec) word for tamales.  We had never heard of this place before, but it is a relatively new chain with six locations throughout Mexico City.

We decided to stop and have a snack. (Fortunately, no one else was there at the moment because there is only seating for two.)  I assume that most of their business must be carry-out.

I have mentioned this before, but the singular of tamales is not tamale... as we "gringos" say... but rather "tamal".

Alejandro ordered a Oaxacan "tamal" filled with "mole".  I ordered a Chiapan "tamal" with chicken and "morita" chiles.  Tamales from central Mexico are always wrapped in a corn husk.  Those from southern Mexico, such as the ones we ordered, are wrapped in a banana leaf. 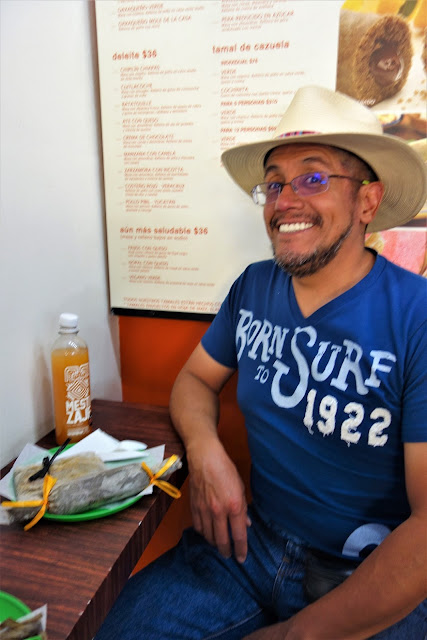 Be sure to unwrap the "tamal" before eating.  You do not eat the banana leaf or corn husk! 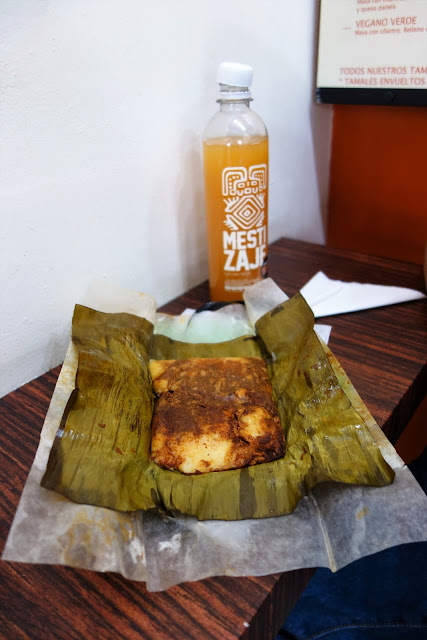 Our tamales were very tasty.  Unfortunately there is no location close to my apartment.  Well, maybe that's a good thing, because I would be tempted to come here all the time!
Posted by Retired Teacher at 9:36:00 AM