Mérida... Not the City, but the Painter

Last week I paid a visit to the National Museum of Art in Mexico City to see a special exhibit. 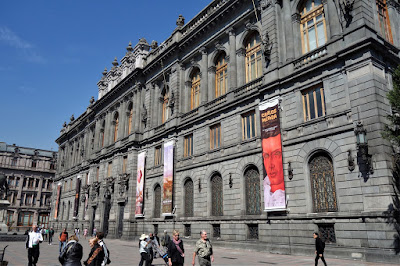 The show presented a large collection of works by Carlos Mérida, a painter with whom I was completely unfamiliar.  He was born in Guatemala, but he spent most of his life in Mexico.  (The show commemorates the 100th anniversary of his arrival in Mexico in 1919.)  It was interesting to see the different styles he used during the 75 year span of his painting career.  For example, compare these two self portraits which he did, the first in 1935, the second in 1945. 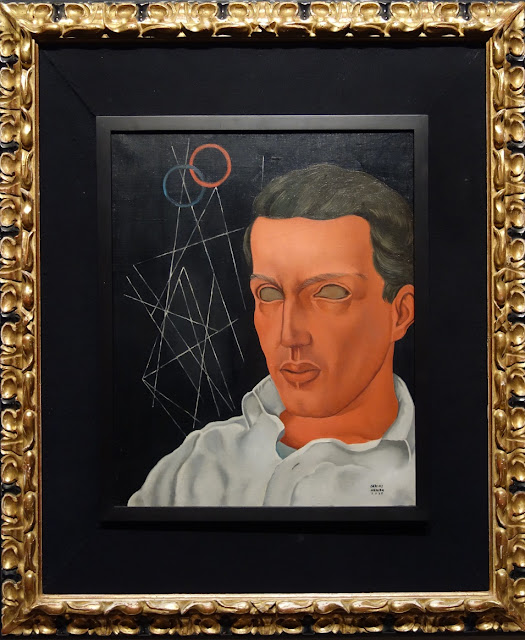 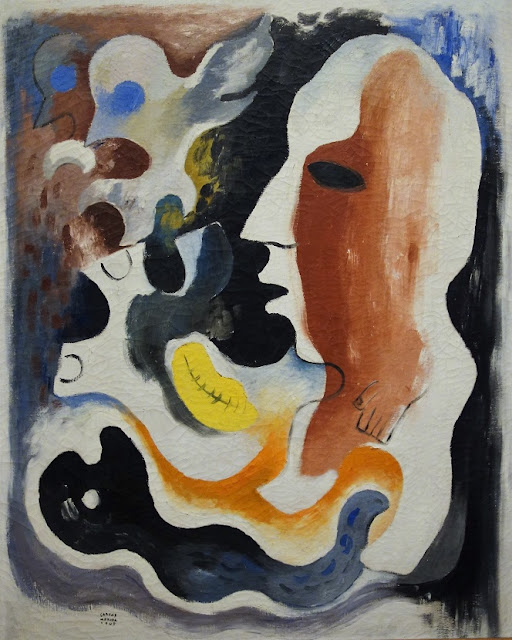 Mérida went to Paris in 1910.  There he met many influential artists and was exposed to new movements in art.  However, judging from the paintings on display from that period, his style was rather conventional. 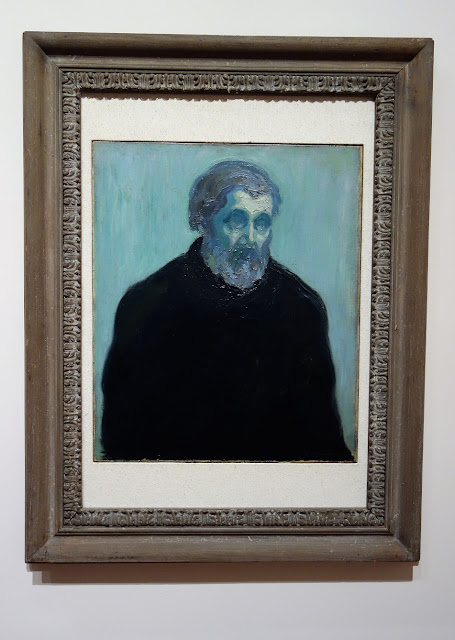 In 1914 he returned to Guatemala, and he viewed his country with new appreciation.  His artwork, done in a two-dimensional style, focused on the folklore of the Guatemalan countryside. 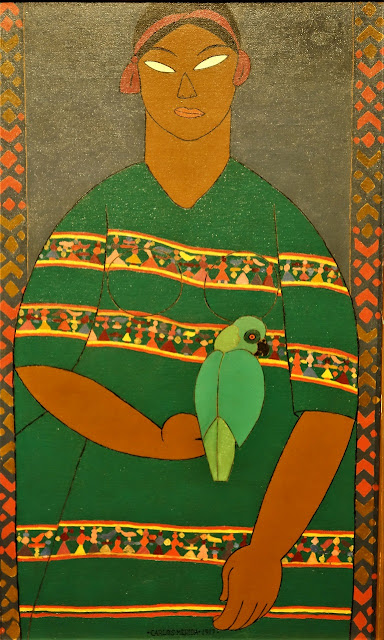 When Mérida moved to Mexico, he was inspired by the folklore of his adopted nation. 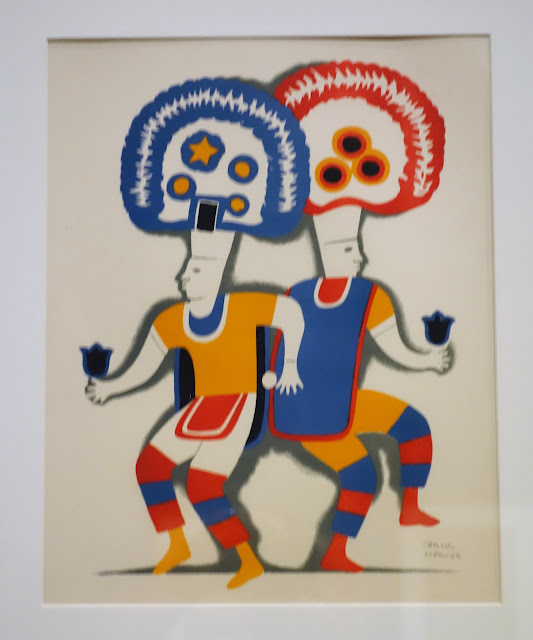 Feather Dance - from a portfolio on Mexican dances 1937 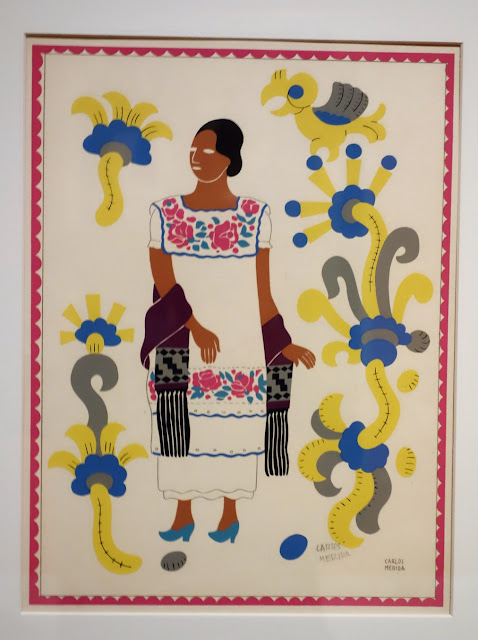 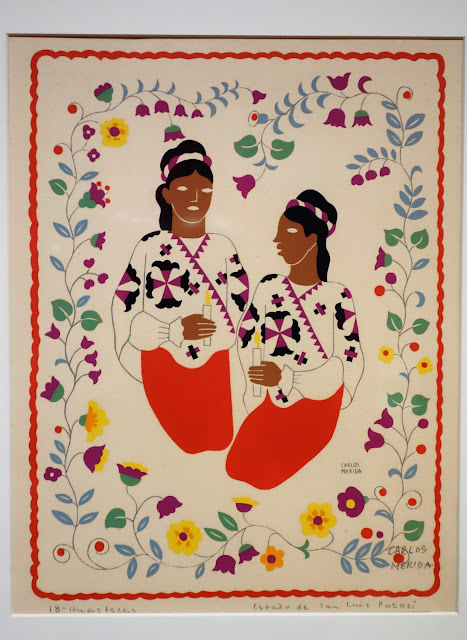 Drawings from a portfolio on Mexican costumes 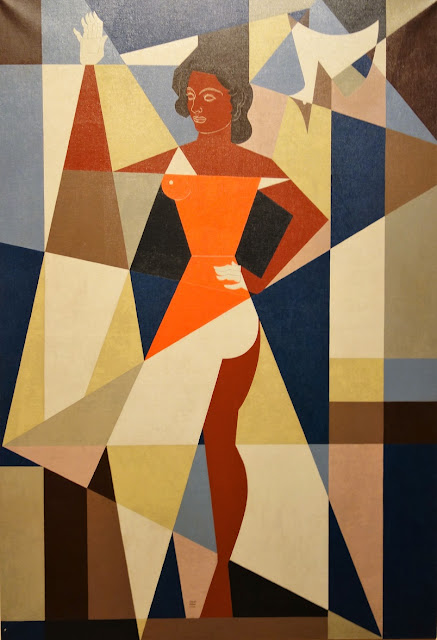 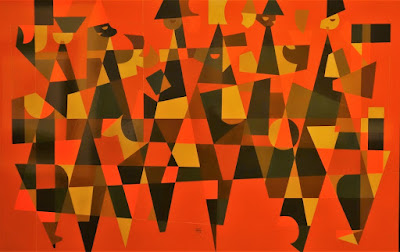 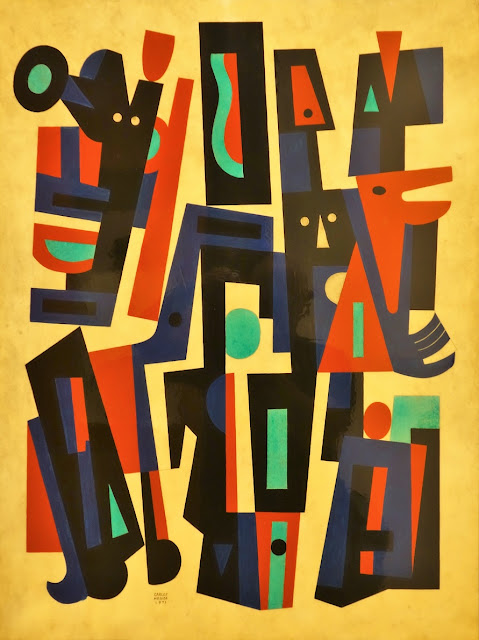 Although I am not into abstract art, I did find Mérida's art to be interesting, and I enjoyed the exhibit.
Posted by Retired Teacher at 8:55:00 AM