Today is "el Día de San Valentín" (St. Valentine's Day) or "el Día de Amor y Amistad" (the Day of Love and Friendship).  The Mexicans have taken the celebration from the United States and embraced it... along with the associated commercialization. 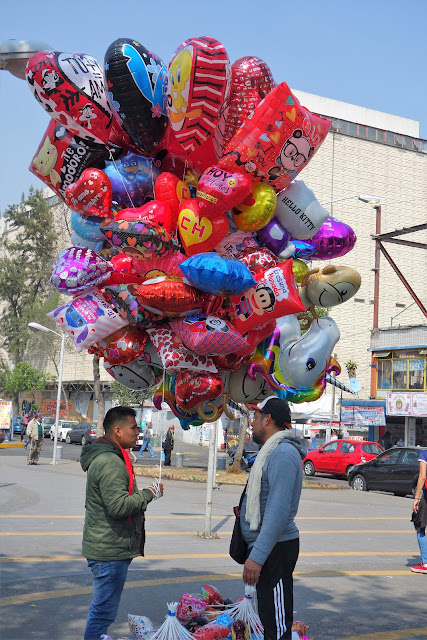 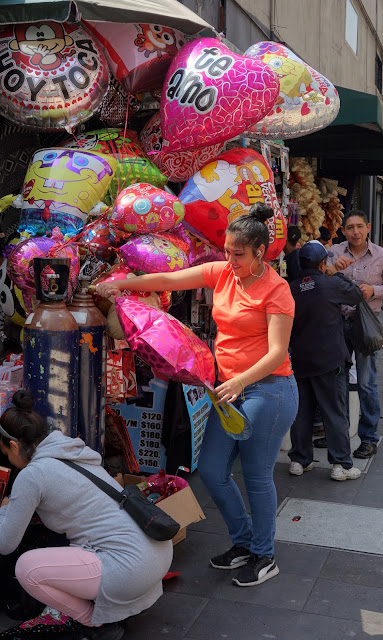 In the shop window of Sanborns there were special cakes for the occasion. 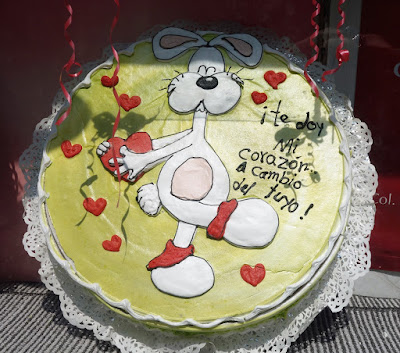 "I give you my heart in exchange for yours!"

On Madero Street couples could have their photo taken in a "wedding pose". 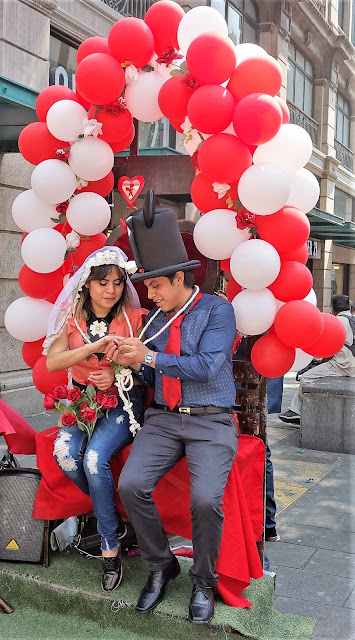 Even this organ grinder had her street organ decorated for the day. 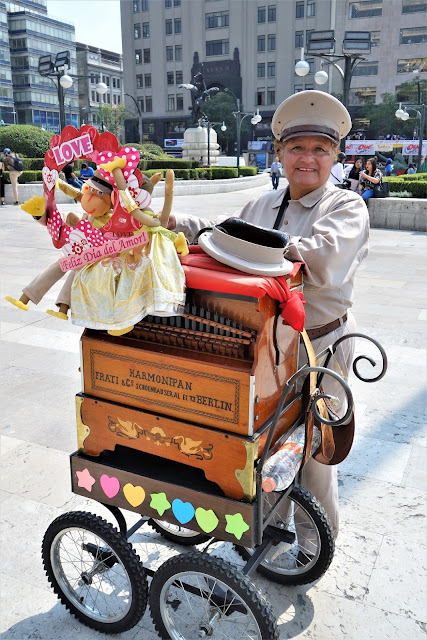 Of course, after seeing the workers decorating the "Zócalo" with flowers yesterday I had to return today to see the finished product. 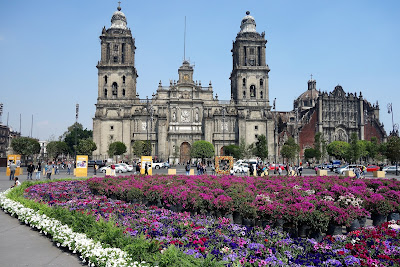 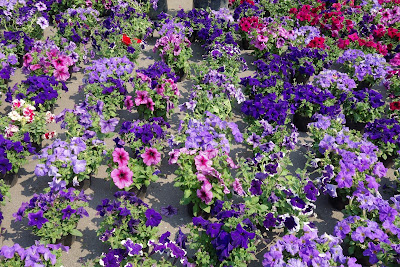 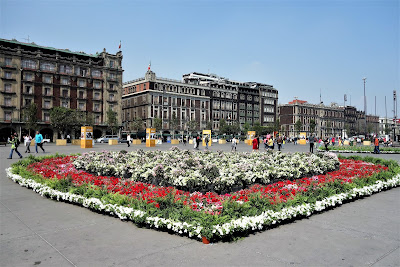 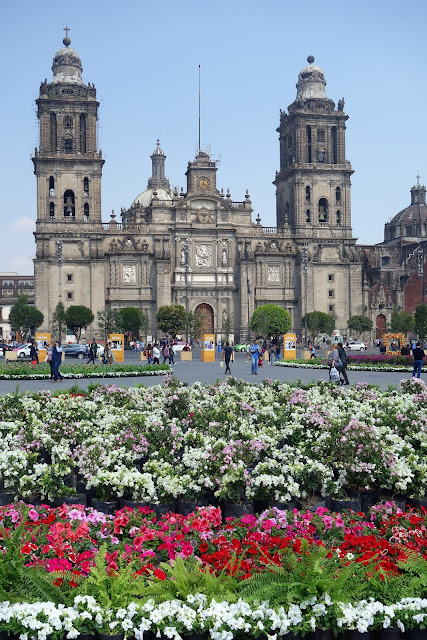 Also around the "Zócalo" there were "picture frames" decorated with real flowers.  Families and couples, tourists and locals were having their pictures taken in these flowery frames. 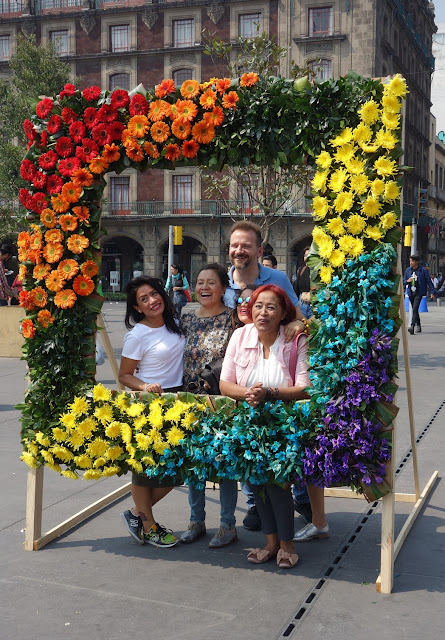 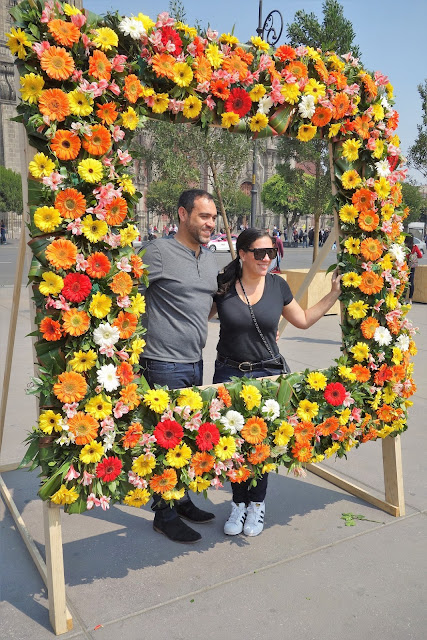 For this day of love, there was also a photographic exhibit on the plaza.  The photos were by an Argentinian by the name of Ignacio Lehman and are a part of his photo project "100 World Kisses".  The pictures are taken in various countries and all show people kissing. 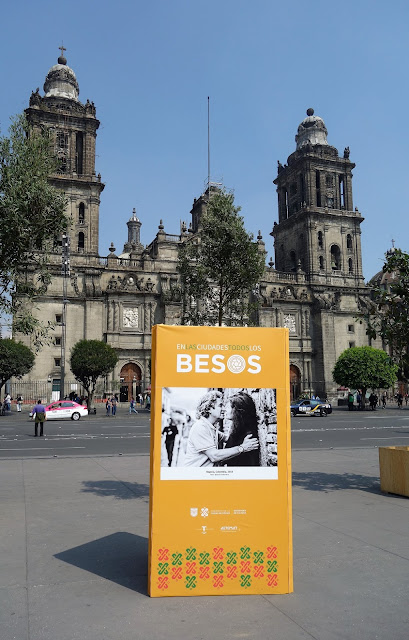 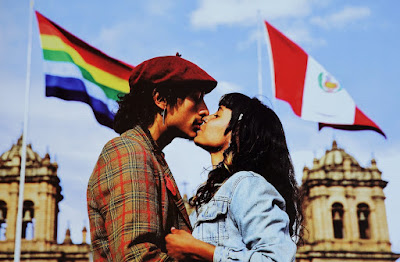 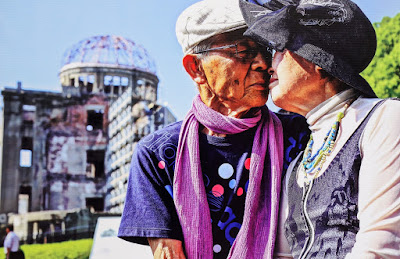 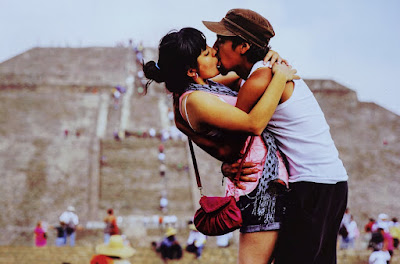 In front of the Pyramid of the Sun, Teotihuacán, Mexico 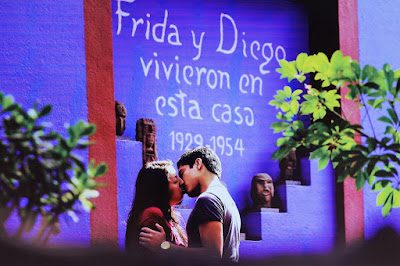 At the house of Frida Kahlo, Mexico City 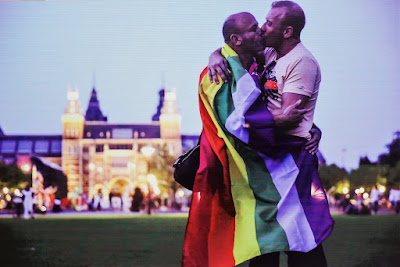 Pictures of same-sex couples were not excluded from the exhibit.
There was a time when showing a photo such as this would have created a scandal in Mexico City.
Now it is not uncommon to see public displays of affection from same sex couples, and nobody bats an eyelash. 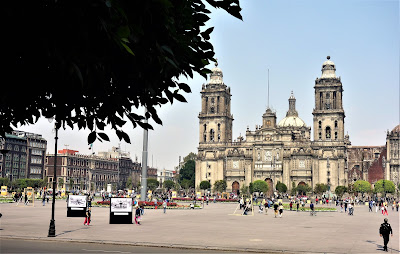 After so many years of seeing the "Zócalo" cluttered with tacky commercial expositions and other events, I like what the new city government is doing with the plaza.
Posted by Retired Teacher at 5:13:00 PM