When I travel, I always like to have something to read in order to pass the time during long layovers in the airport and on the plane.

On my last trip I finished reading The Handmaid's Tale by Margaret Atwood. 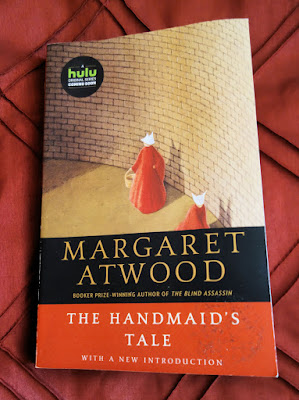 The novel, which was written in 1984, takes place in a dystopia of the near future.  The United States has become a fundamentalist dictatorship in which women have lost their rights and are viewed as nothing more than baby-making machines.  What makes it so chilling is that, in today's world, the whole premise does not seem that implausible.

The book that I have for my upcoming trip is Aztec by Gary Jennings. 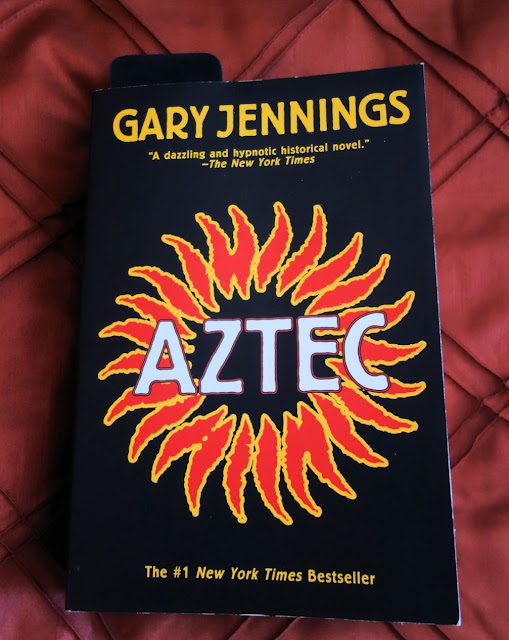 Aztec is my favorite kind of novel, a big thick historical novel in which I can lose myself. It was written in 1980, and I read it shortly after it came out in paperback.  I had an urge to read it again after all these years.  I no longer had my original copy, so  I ordered one on Amazon.  The narrator of this novel is an elderly Aztec, by the name of Mixtli, whose life has spanned the glory days of the Aztec empire and its conquest by the Spanish.  It is one of those stories in which the protagonist happens to be at the right place at the right time to witness all the important historic events of his era.  The book is full of graphic sex and violence (plenty of descriptions of human sacrifices), but what lifts it above the category of potboiler is its meticulous, historical research.  The author has vividly recreated the world of the Aztecs and the events of the conquest.

I have already read 276 pages of the novel, but it is a massive tome of 754 pages.  So I still have plenty to occupy me at the airport and on the plane.
Posted by Retired Teacher at 1:32:00 PM