My cold has certainly not affected my appetite.  At 9:00 this morning I was out the door of the condo to have breakfast.  I walked a short distance to a restaurant on Insurgentes Avenue called "El Bajío". 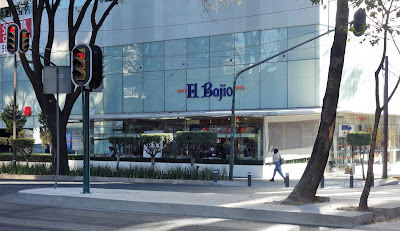 It is part of a chain of Mexico City restaurants that specializes in traditional Mexican cuisine. Alejandro and I had been to a couple of them and thought they were very good.  When I started renting the condo near Insurgentes, we were pleased to see that there was an "El Bajío" nearby.  We tried it out for supper one night, but we were sorely disappointed.  Neither the food nor the service were as good as the other restaurants in the chain that we had tried.

I did not realize that it was open in the morning for breakfast, so I decided to give it another chance.  I arrived shortly after it opened, and no one else was there.  I thought, "That's not a good sign."  But soon Mexican families were coming in for Sunday breakfast.

I was seated by a window, and the sunshine felt good.  A waitress came with a clay pitcher of Mexican hot chocolate, and asked if I wanted some.  It was so good!  (Swiss Miss eat your heart out!)  And you get free refills.  Another waitress arrived with a basket of sweet rolls.  I selected a "chocolatín", a chocolate-filled, croissant-like pastry.

I placed my order from the menu, and first I was served a Veracruz-style "tamal".  (The singular of "tamales" is not "tamale".)  It comes wrapped in a banana leaf. 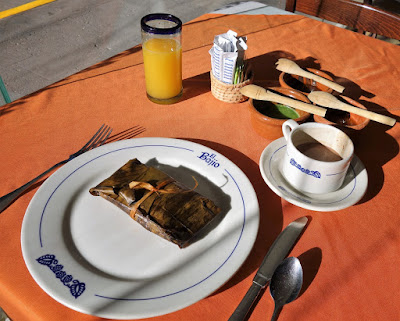 Untie the banana leaf and there is a scrumptious "tamal". 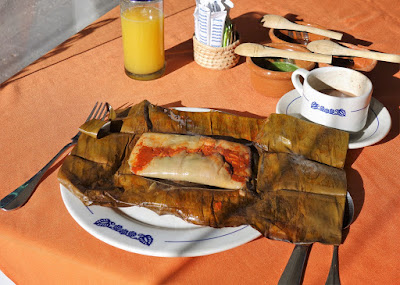 Next I had an order of "enchiladas verdes"... chicken enchiladas in a green sauce.  The waitress had warned me that they were spicy, but it was a very nice level of heat. 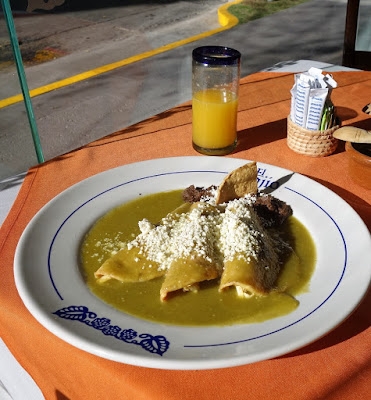 All of the "El Bajío" restaurants are beautifully decorated with Mexican handicrafts.

An entire wall is covered with woven baskets. 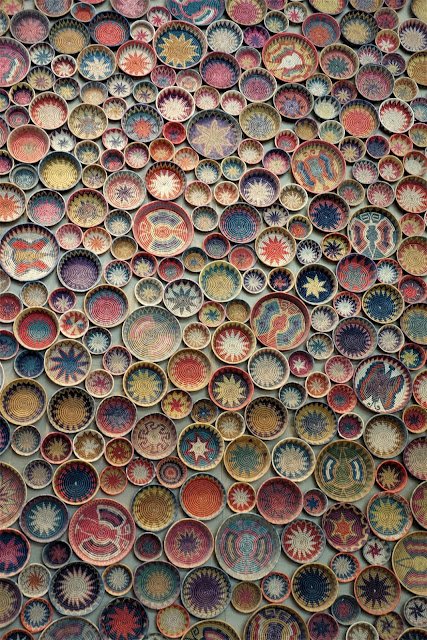 Another section of wall had strings of papier-mache fruits and vegetables. 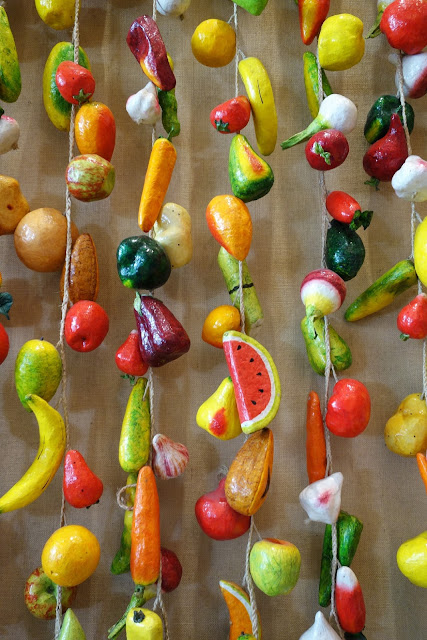 My breakfast, while more expensive than at most places, was excellent, and so was the service.  "El Bajío" on Insurgentes definitely redeemed itself in my estimation.