One of my favorite places from my trip to England in 2009 was the town of Wells.  Wells is located in the shire of Somerset not far from Bath.  It has a population of around 10,000, and is the smallest cathedral city in England. 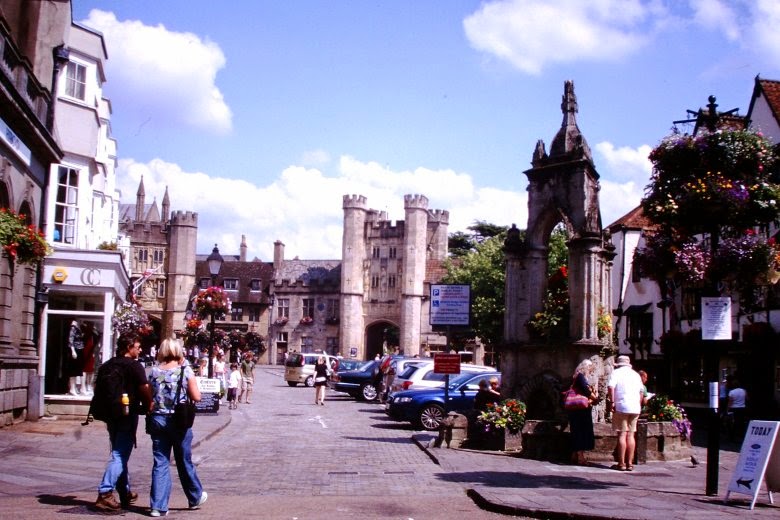 This is market square.  In the foreground to the right is one of the wells which give the town its name.


At the far end of the market square is one of the gates which leads into the cathedral precinct.  It is known as the Penniless Porch.  It was built in 1450, and gets its name from the fact that beggars would gather here asking for alms from those on their way to the cathedral. 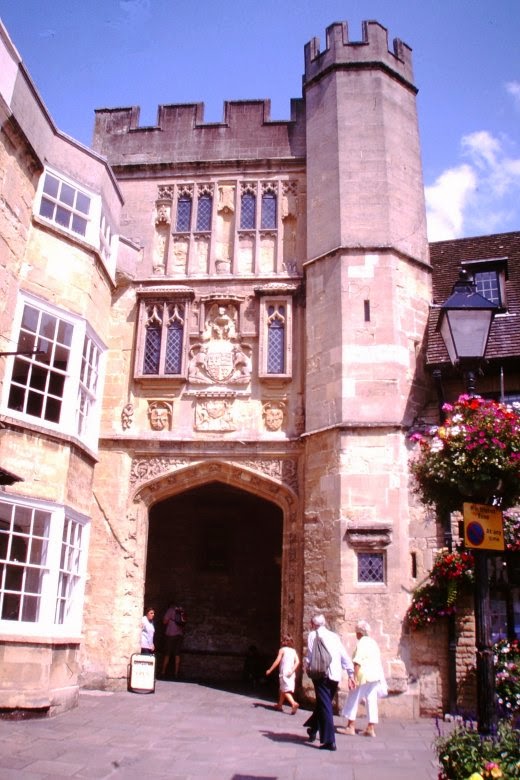 Passing through the gate, you enter a large open area dominated by the magnificent Cathedral of Wells.  I thought that this was one of the most beautiful churches that I saw in England.  It was built between 1175 and 1490 in Gothic style, and it is the seat of the Anglican Diocese of Bath and Wells.  The façade is covered with more than 300 statues.  Some art historians have called it the finest collection of medieval sculpture in all of Europe. 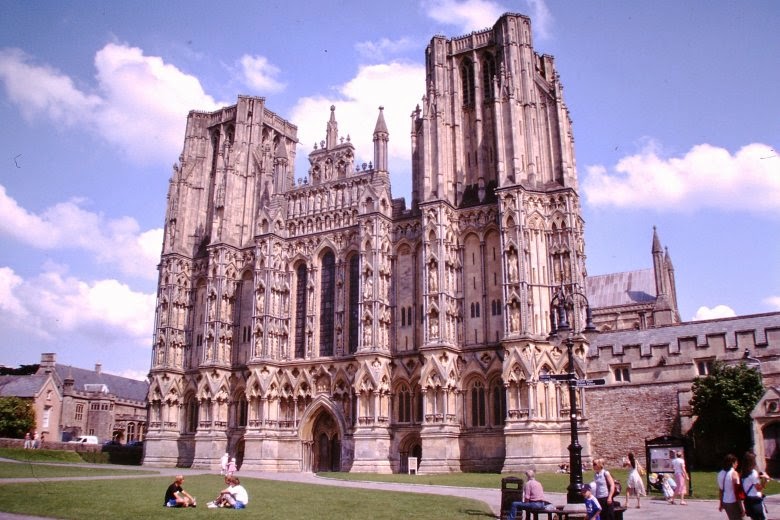 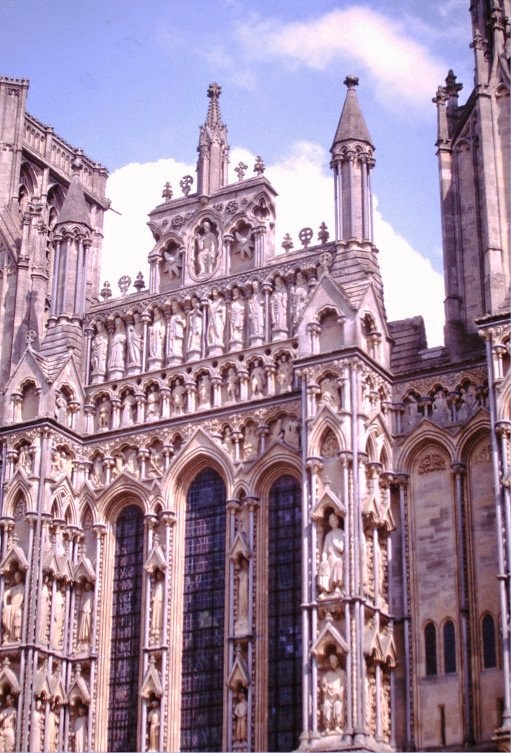 The unusual "scissors arch" at the end of the nave gives the interior a distinctive look. 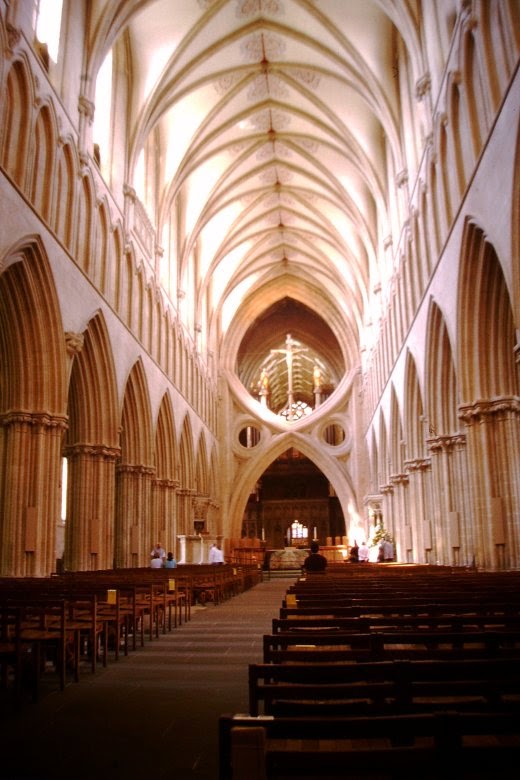 Although the cathedral had no monastery, a lovely cloister is connected to the church. 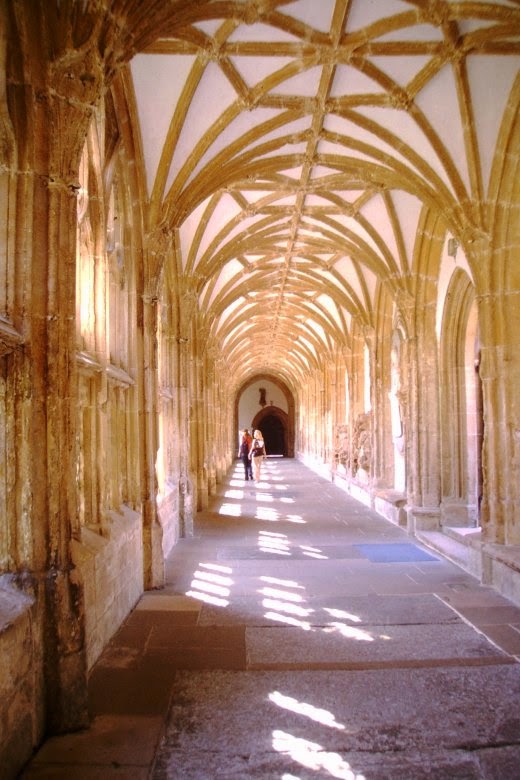 Next to the cathedral is the Chain Gate which was built in 1459.  The gallery above the gate provides direct access from the cathedral to the Vicars' Hall across the street.
﻿ The Vicars' Hall and Gate, finished in 1348, included a common hall, storehouse and kitchen for the cathedral vicars. The gate was divided into two sections... one for pedestrians and one for wagons. 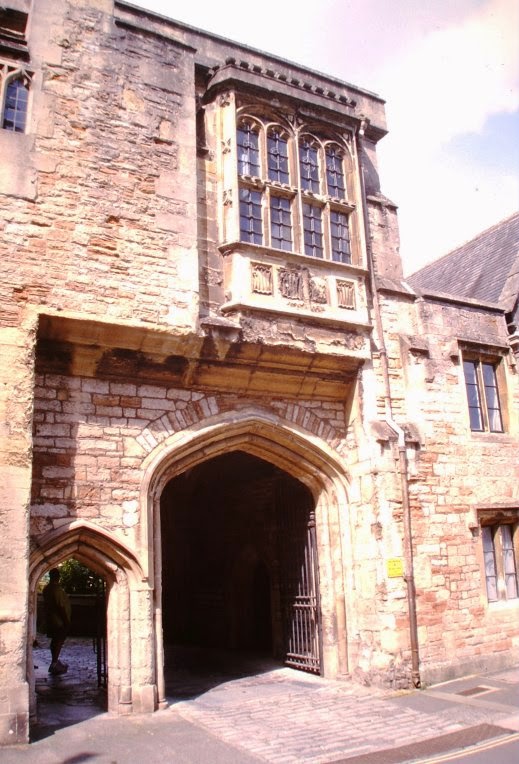 The Vicars' Gate leads into the Vicars' Close, the oldest residential street in Europe.  The houses along it were built between 1348 and 1412, and accommodated the Vicar's Choral, the priests who chanted service eight times each day. 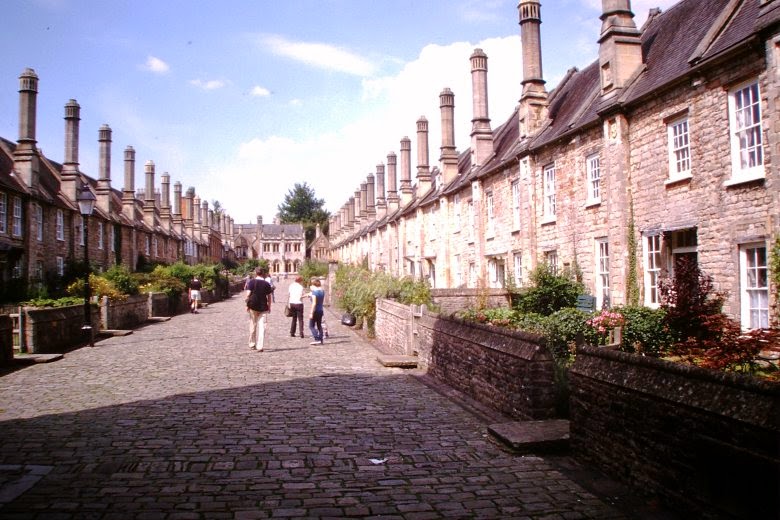 At the far end of the street is the Vicars' Chapel and Library, built around 1430.  It now serves as the Cathedral School. 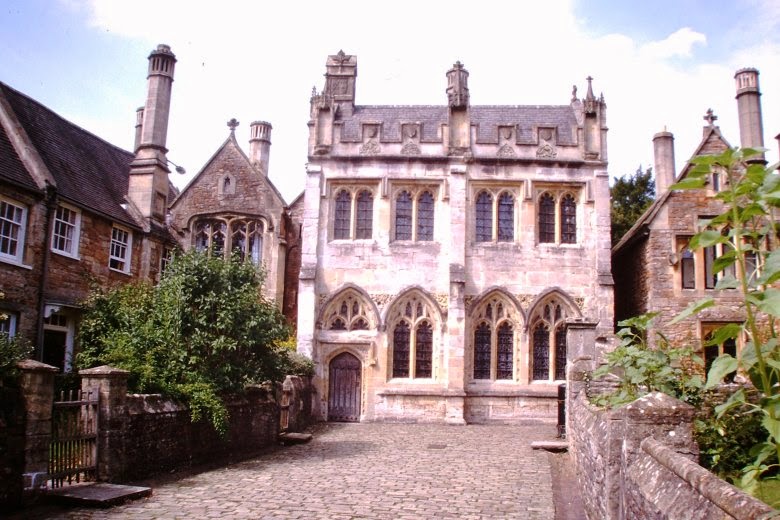 Within the cathedral precinct is the Bishop's Palace, which has served as the bishop's home for 800 years. Wells was a delightful surprise to me.  It is a highly recommended day's excursion from Bath!