Yesterday I made the journey home from Mexico City to Cleveland.  The flights went smoothly.  There were no available upgrades to first class, but I was upgraded on both flights to "Economy Plus".  Between the extra leg room and the fact the no one was seated next to me on either flight, it was a comfortable trip.  The one aggravation was going through passport control at Newark Airport. (Yes, I know, flying from Mexico City, to Newark, to Cleveland, is a bit of a round-about route.  However, that was what was available to me if I wanted to redeem frequent flyer miles.)  The line was the longest and slowest I have ever experienced upon my return to the United States.  I have gone through Newark numerous times upon returning from trips to Europe, but it has never been this bad.  I waited 70 minutes to get through passport control.  Fortunately I had a three hour layover in Newark, but I wonder how many people missed connecting flights because of the long line.

I was greeted by chilly Ohio weather when I returned home.  The temperature was 39 F in Cleveland, and there were actually a few snow flakes in the air.  I was hoping for more spring-like weather at this point in April.  After the 80 degree temperatures in Mexico City it felt COLD!!

In spite of the chill, the grass is green, some of the flowering trees are in blossom, and more of the perennials in my garden have sprouted.  The hyacinths have bloomed and are past their prime, and the daffodils are blooming. 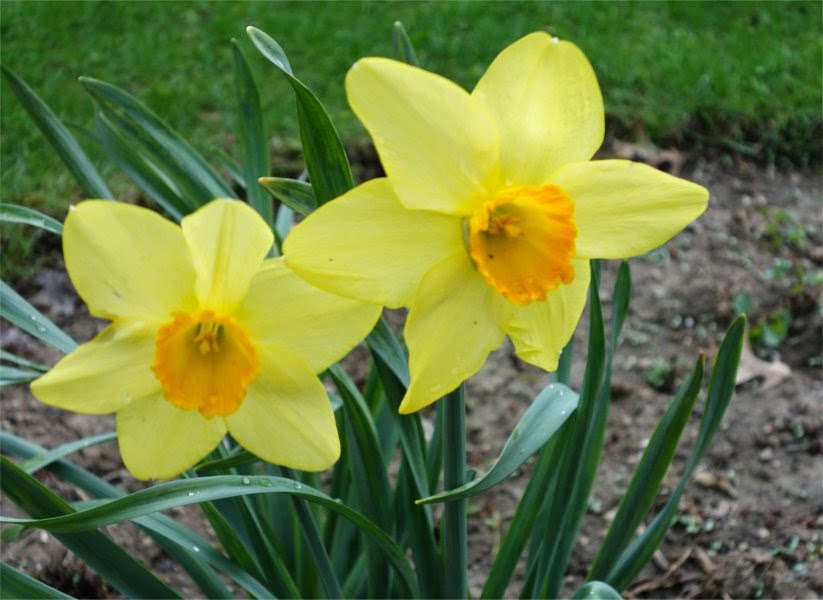 I hope that the weather warms up, and that by May, I will be able to start working in the garden.﻿
Posted by Retired Teacher at 9:27:00 AM