In yesterday's post I mentioned the National Museum of Art which is housed in an ornate former government building which was known as the "Palacio de Comunicaciones".  I had been to the museum a couple years ago, but I returned for another visit. 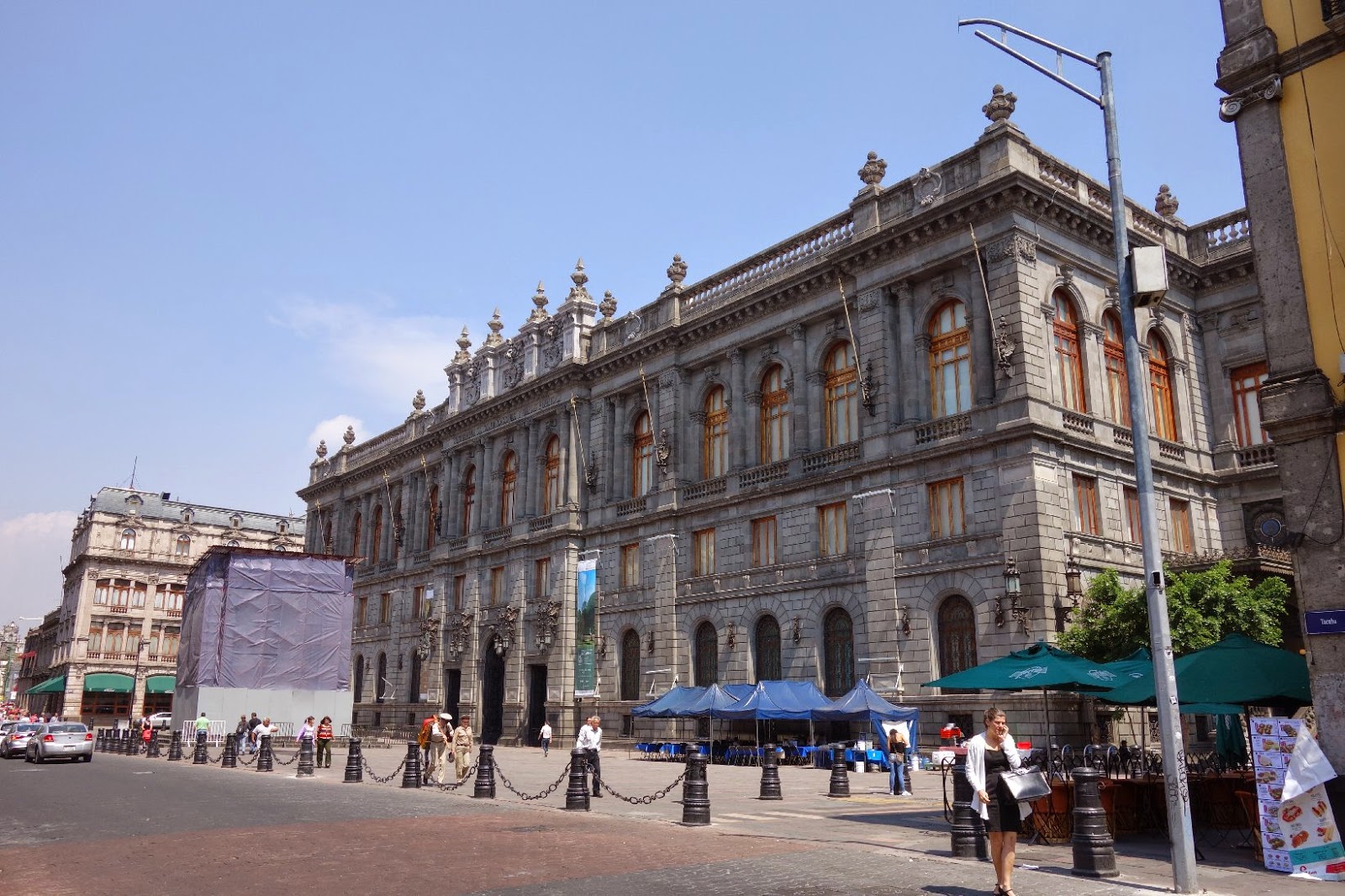 Even if one is not that interested in the art (admittedly, most of the artists represented here are not well known to the typical foreign tourist), a visit is recommended if only to see the lavish interior of the palace. 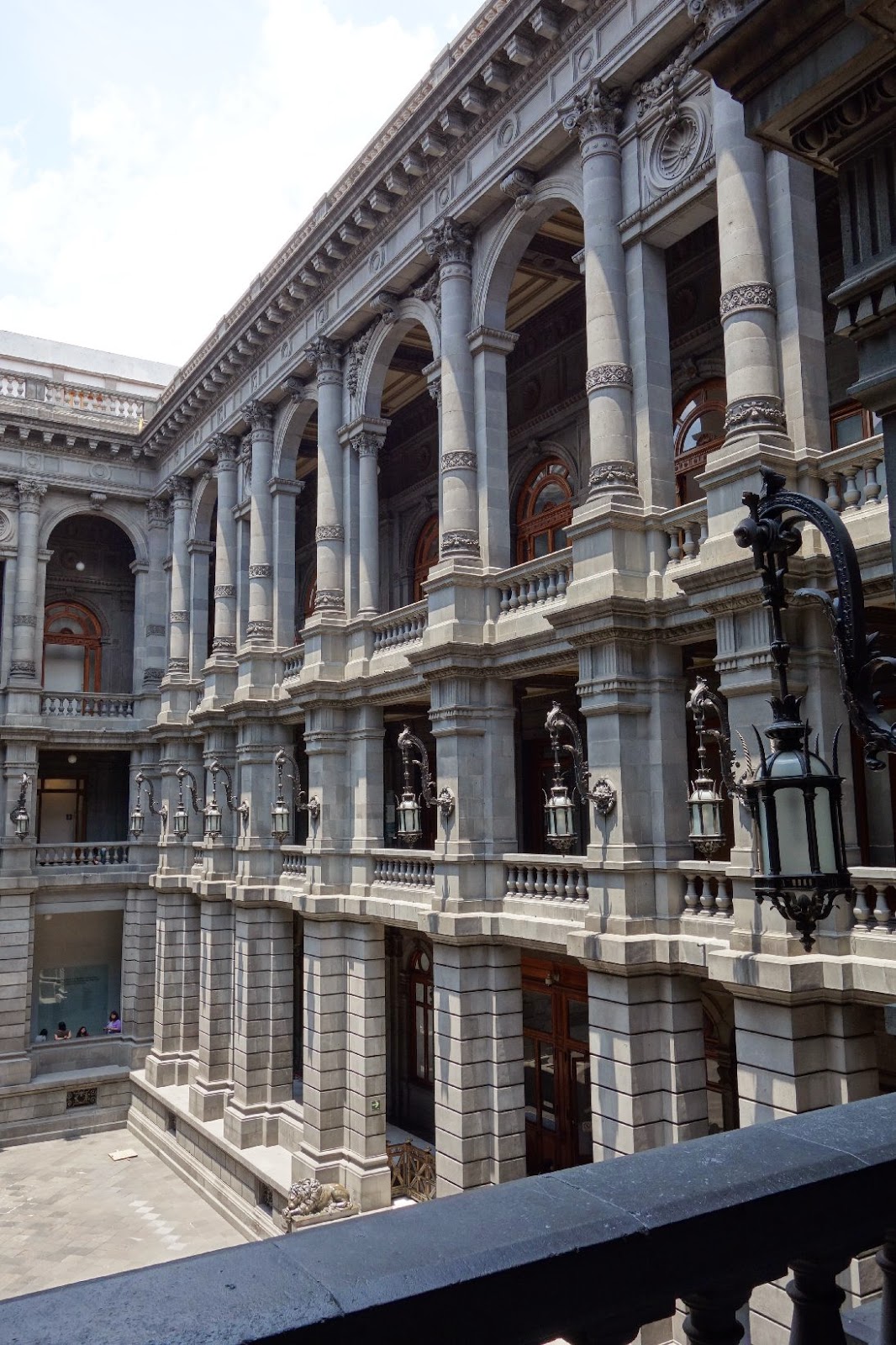 The courtyard of the museum 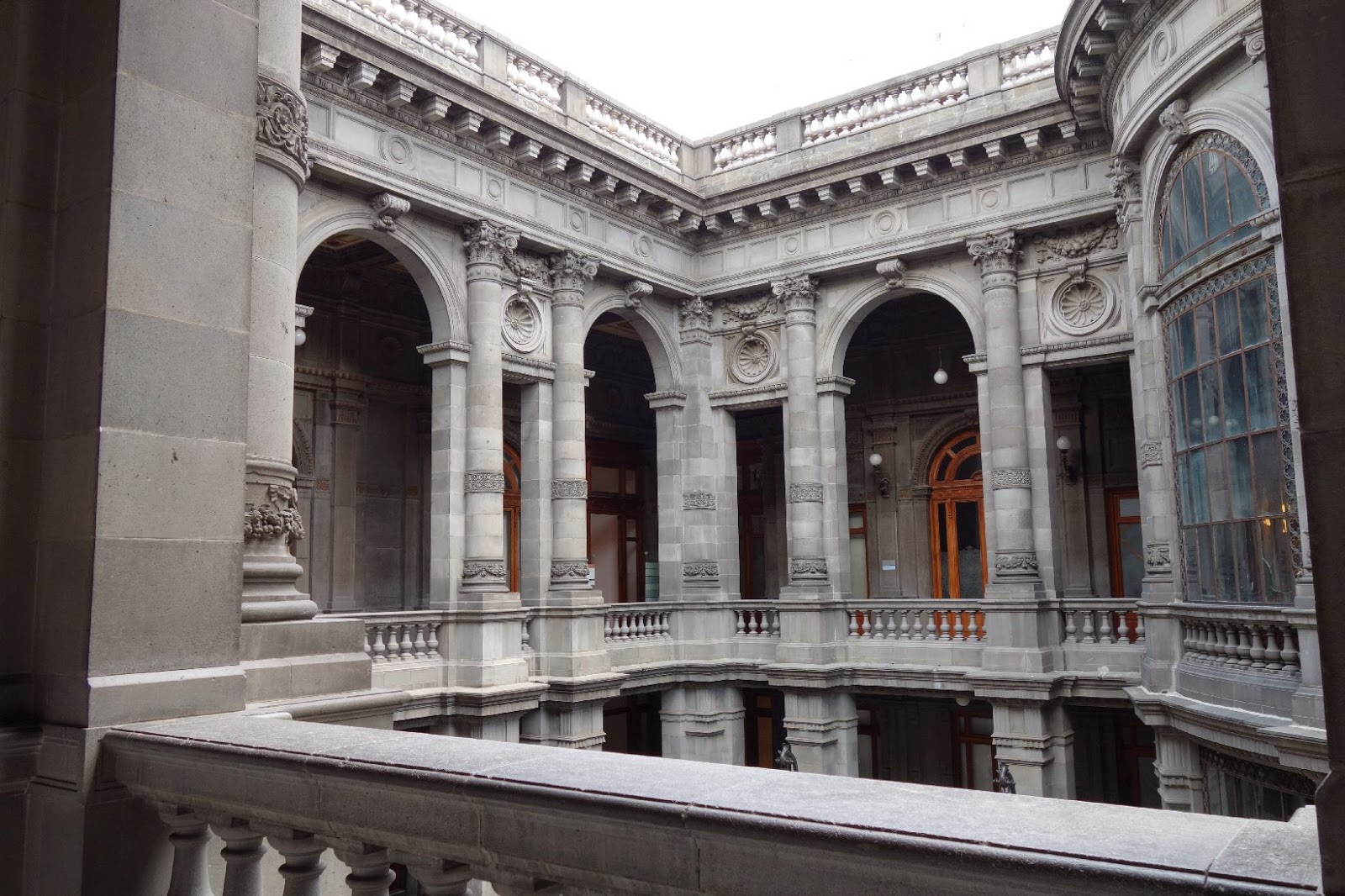 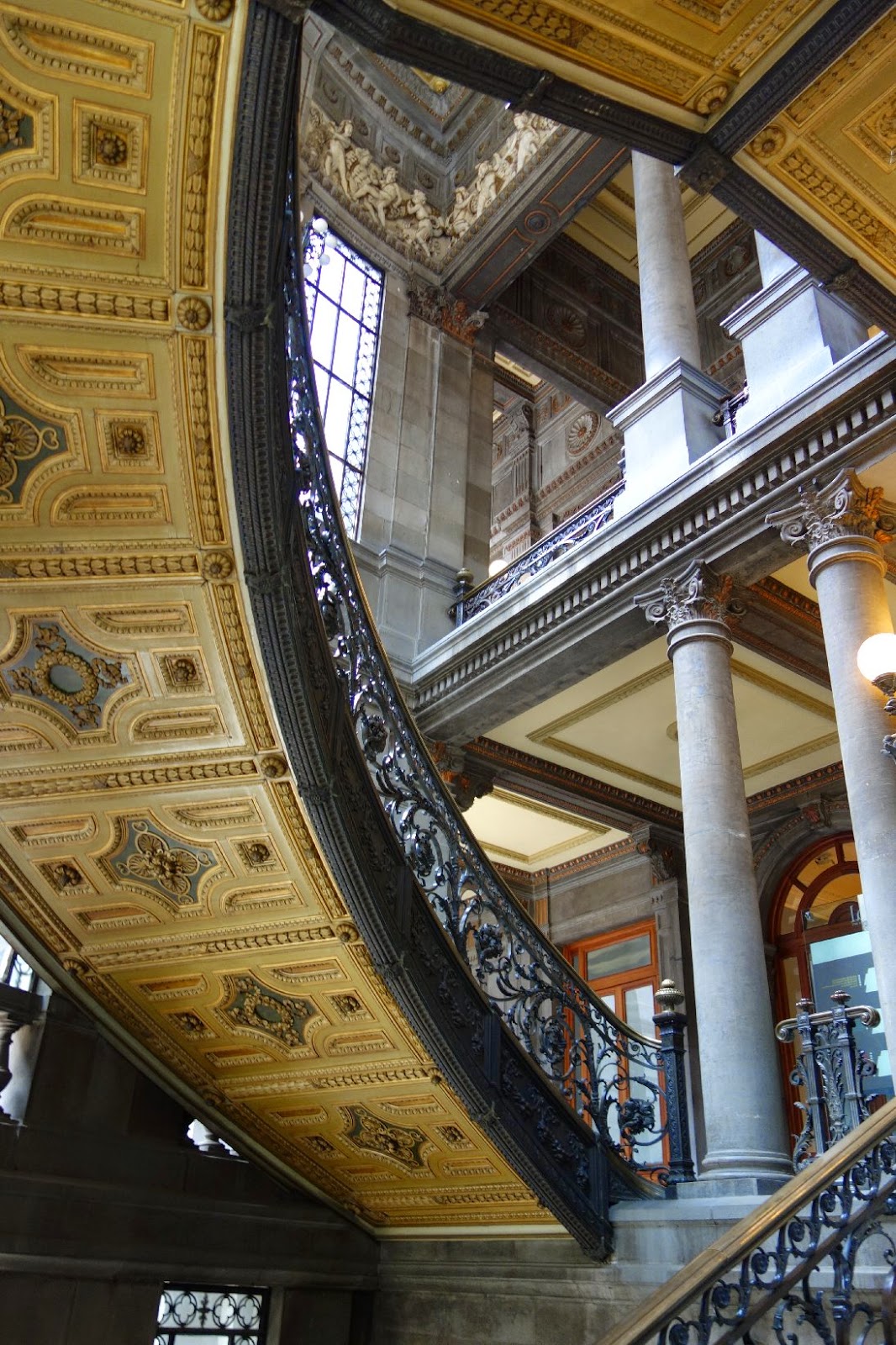 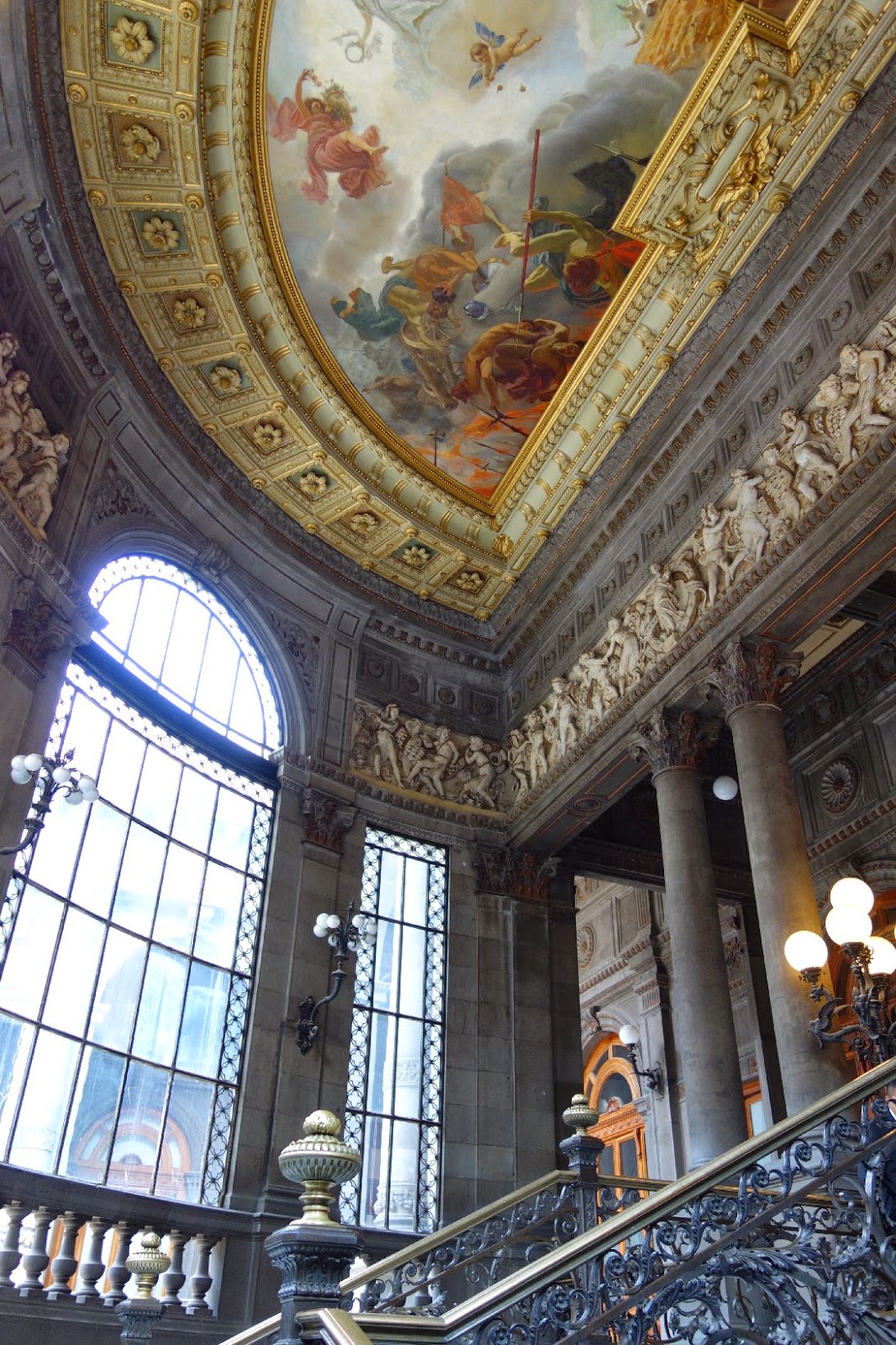 The lavish reception room on the top floor 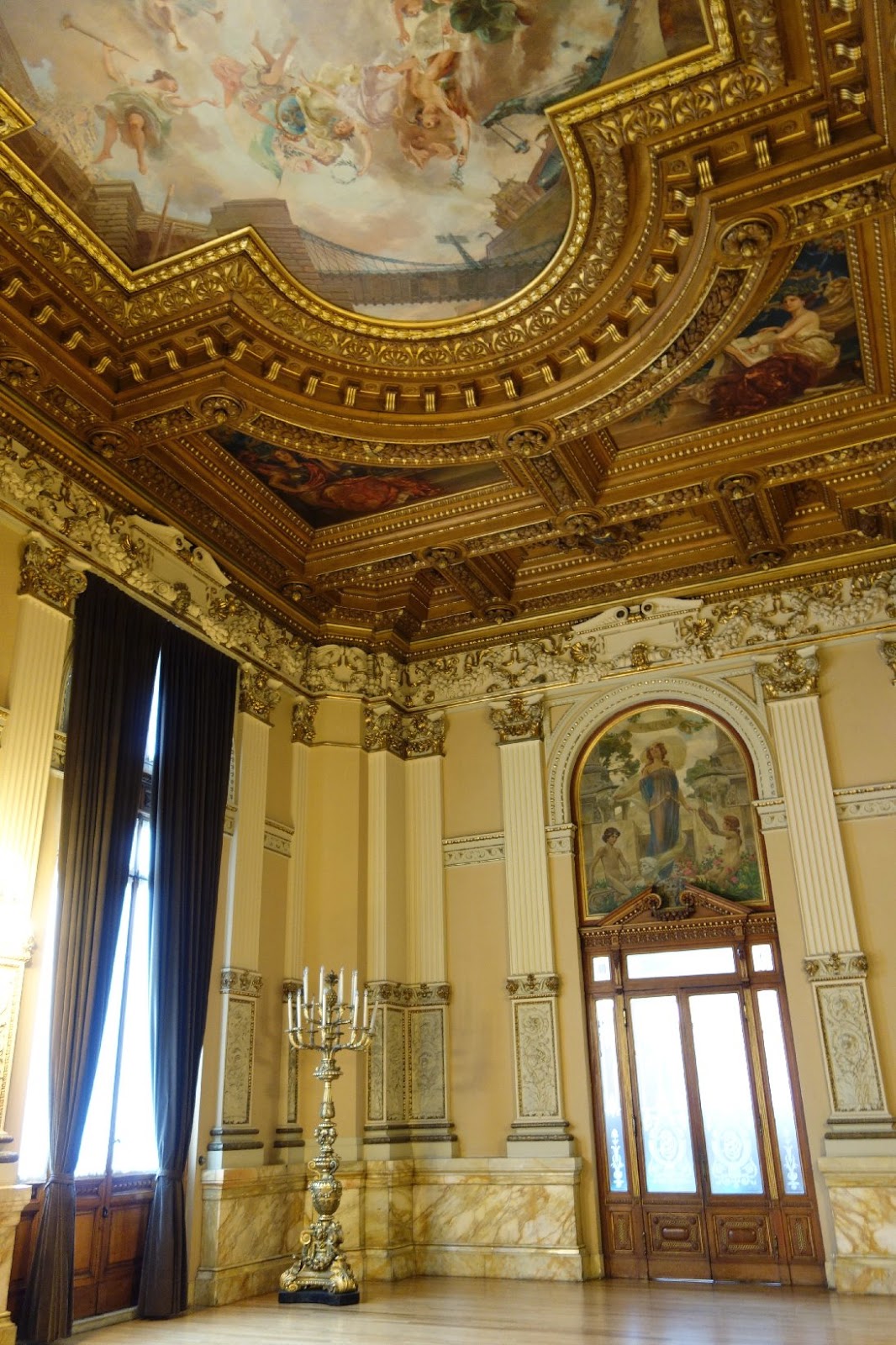 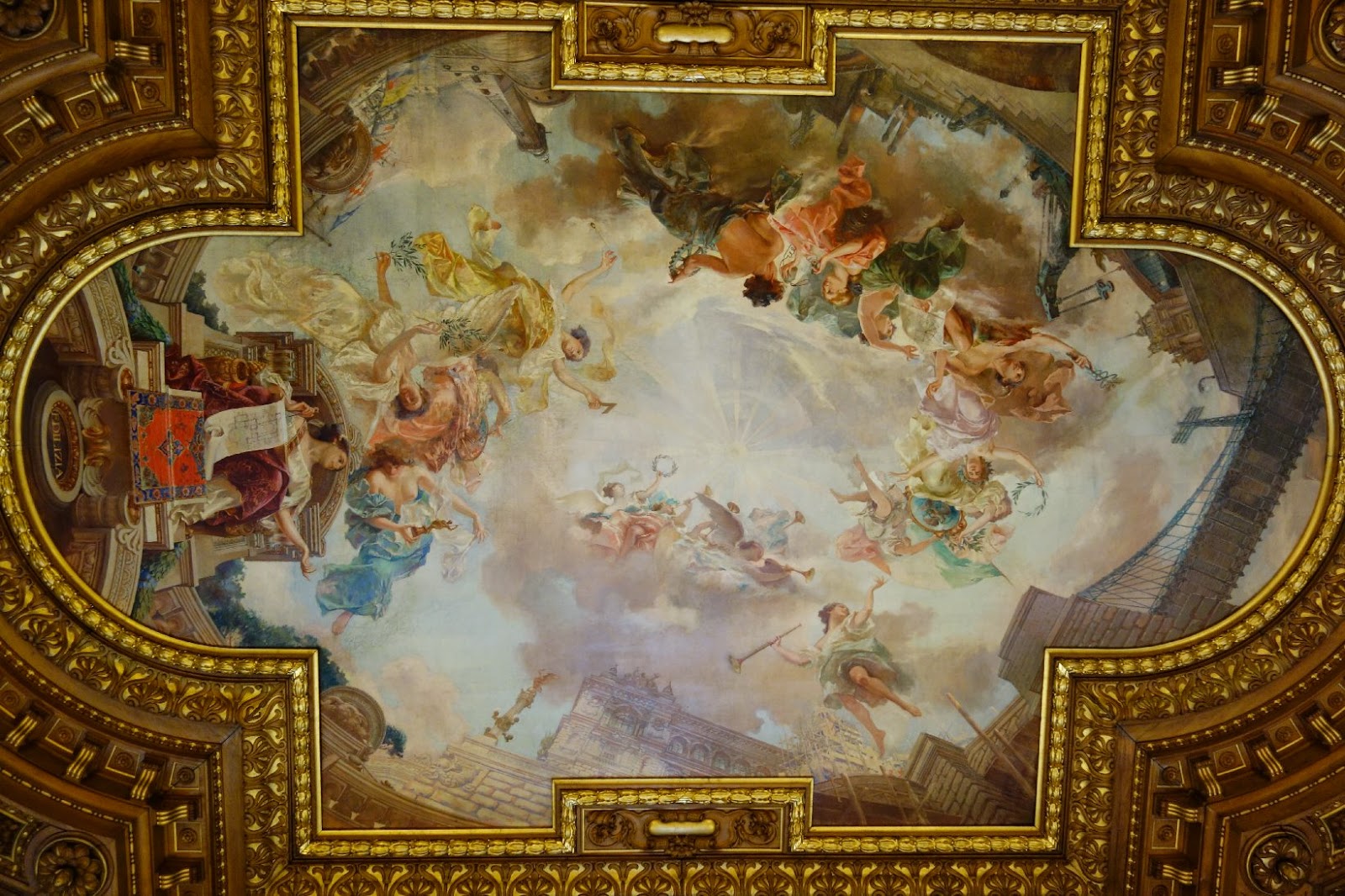 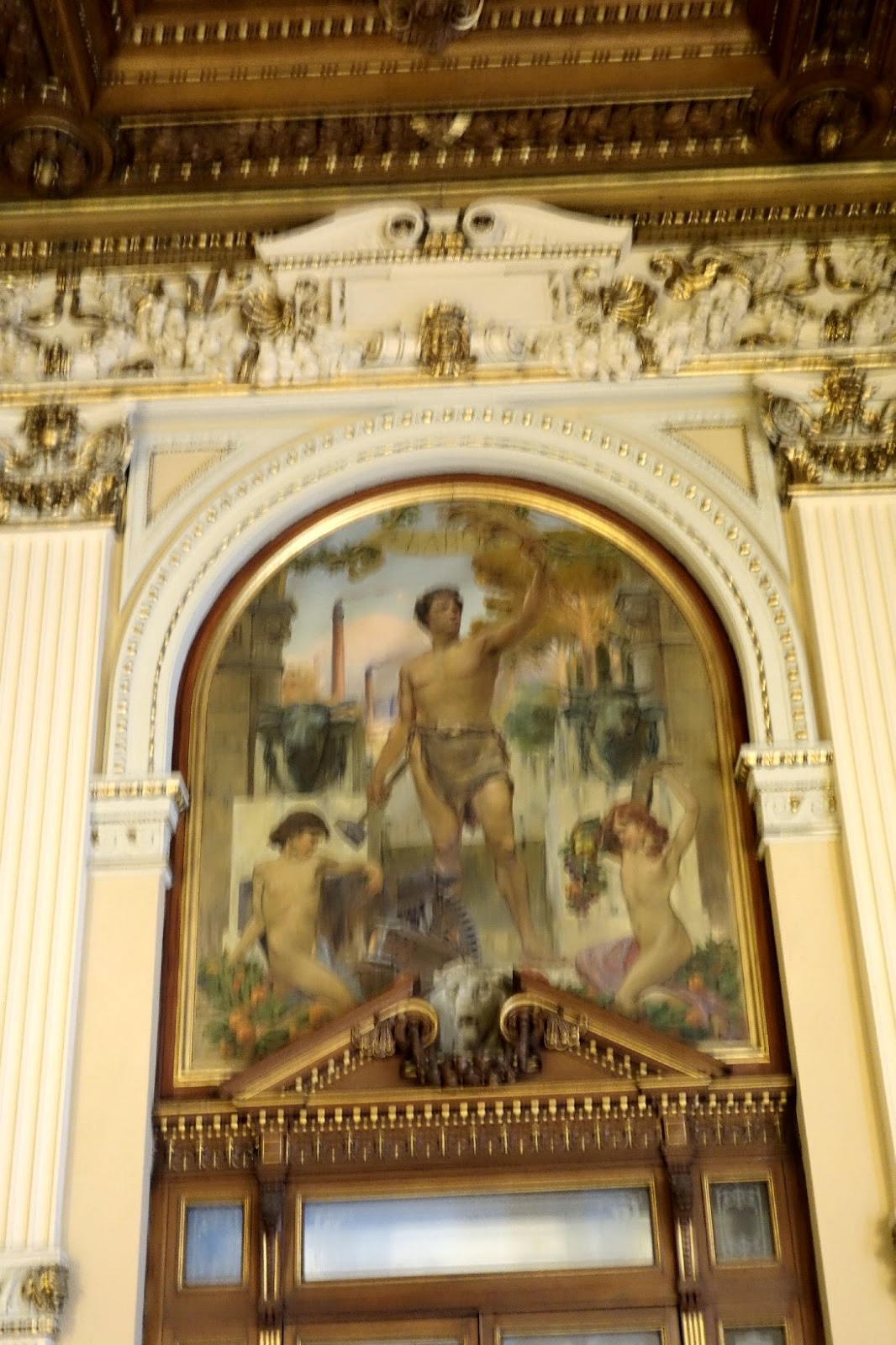 The museum is presently having a special exhibit on British landscapes from the 17th through the 21st centuries.  The paintings on display are all on loan from London's Tate Gallery.  The exhibit was quite good, and included famous painters such as Gainsborough, Constable and Turner.  Unfortunate photography was not permitted in the exhibit.

The permanent collection covers Mexican art from the 16th century through the mid 20th century.  (More recent artwork is found at the Museum of Modern Art in Chapultepec Park.)

There are numerous rooms filled art from the colonial period.  Most of it is religious art, and some of the pieces are quite huge.  I must admit, however, that after a while the images of Madonnas and saints get a bit boring. 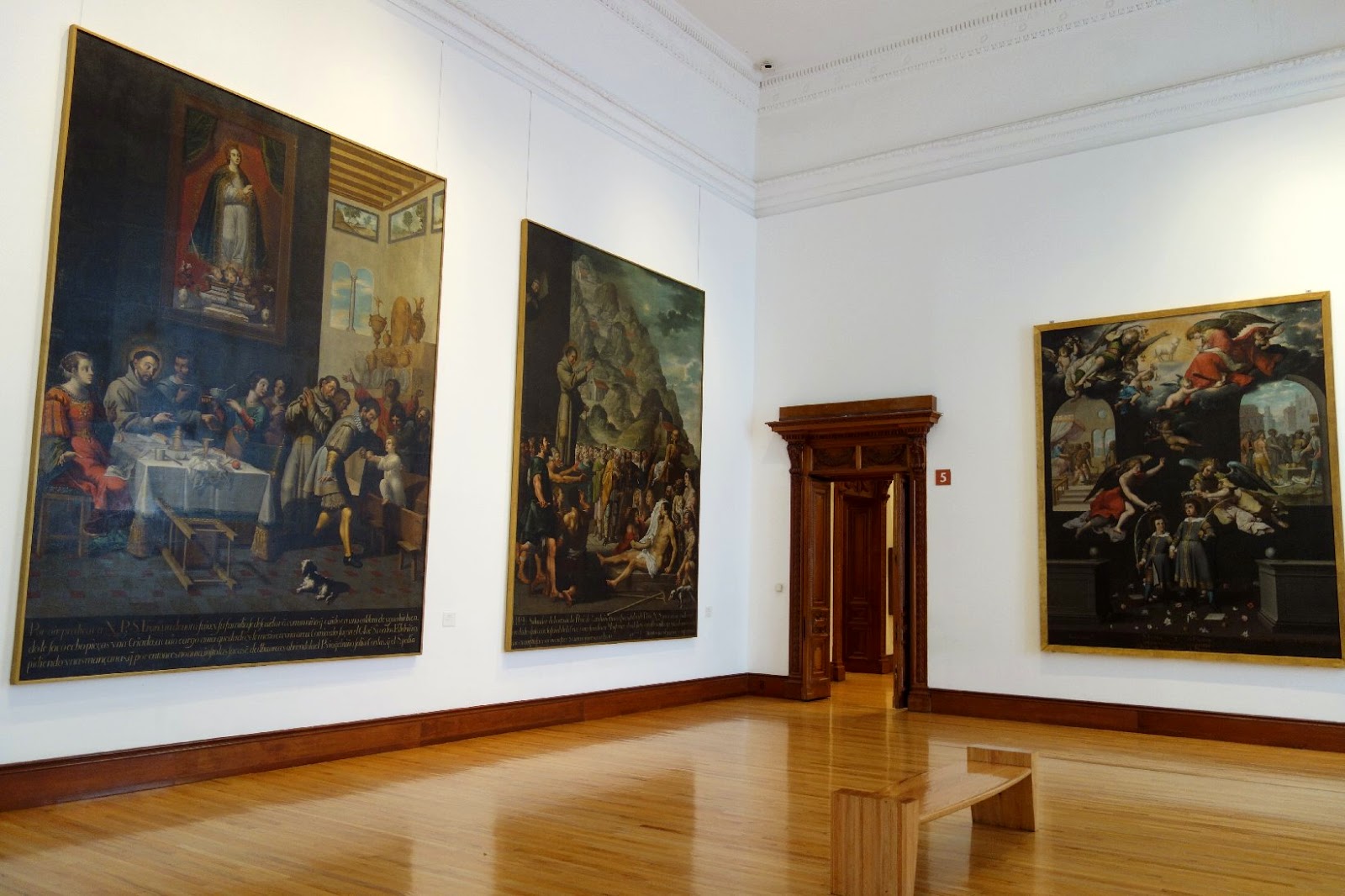 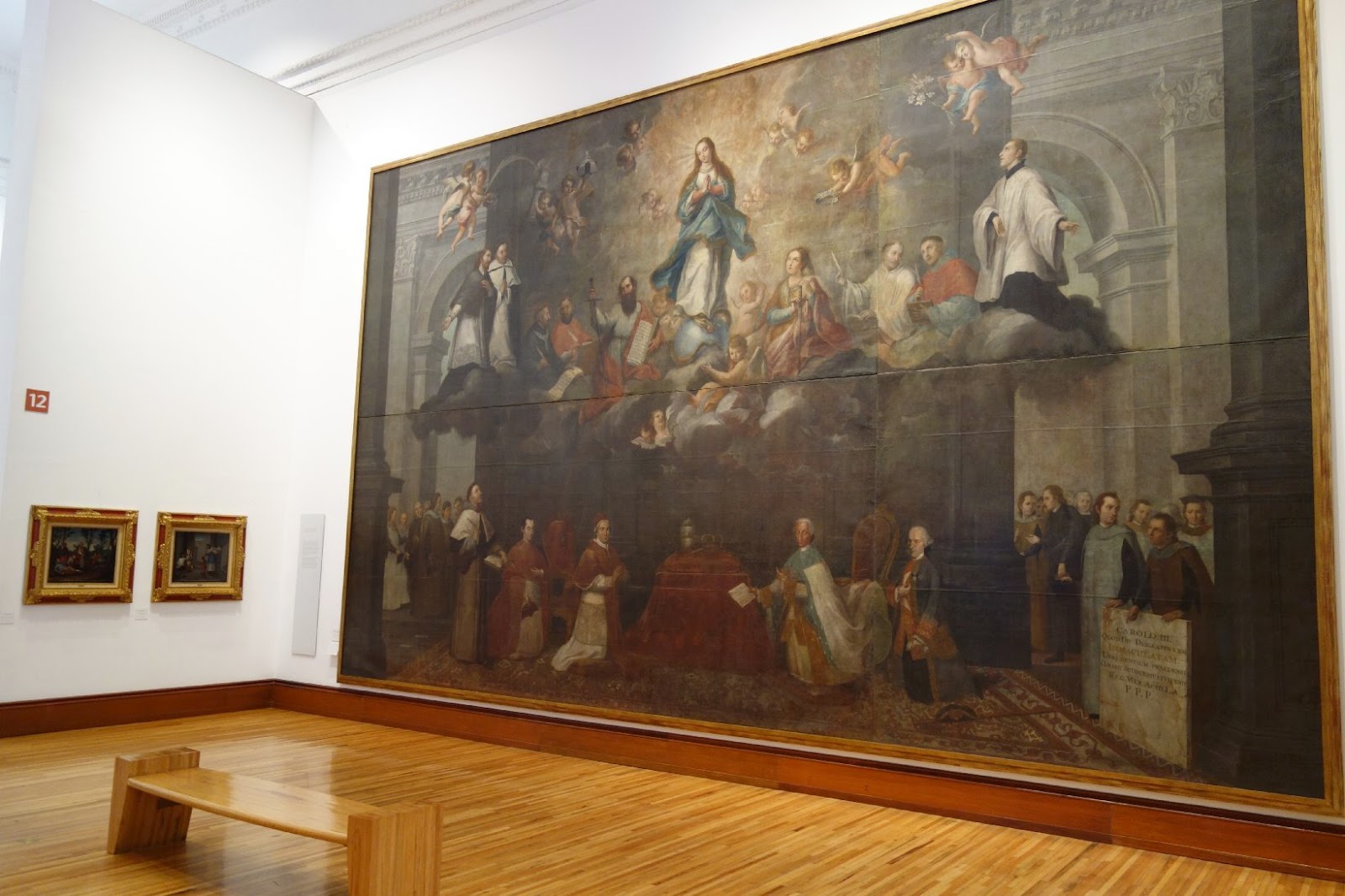 My favorite part of the museum is their collection (the largest in the world) of paintings by the 19th century landscape artist José María Velasco. 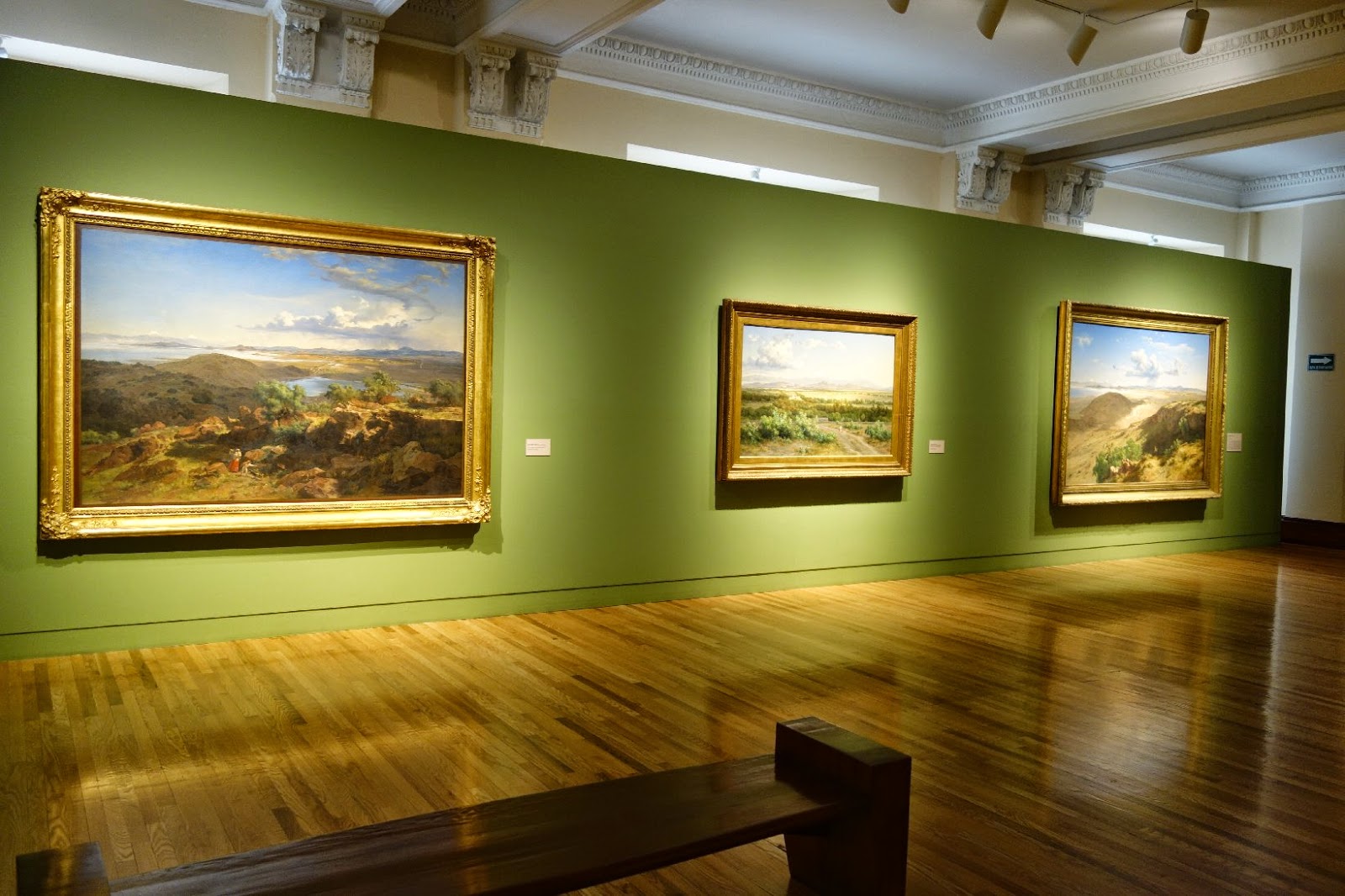 Velasco, one of my favorite Mexican painters, did exceptionally beautiful landscapes which often featured the Valley of Mexico with the snow covered volcanoes in the background.  I wrote about him last year in this blog and mentioned how I used one of his landscapes as inspiration for a painting of my own. 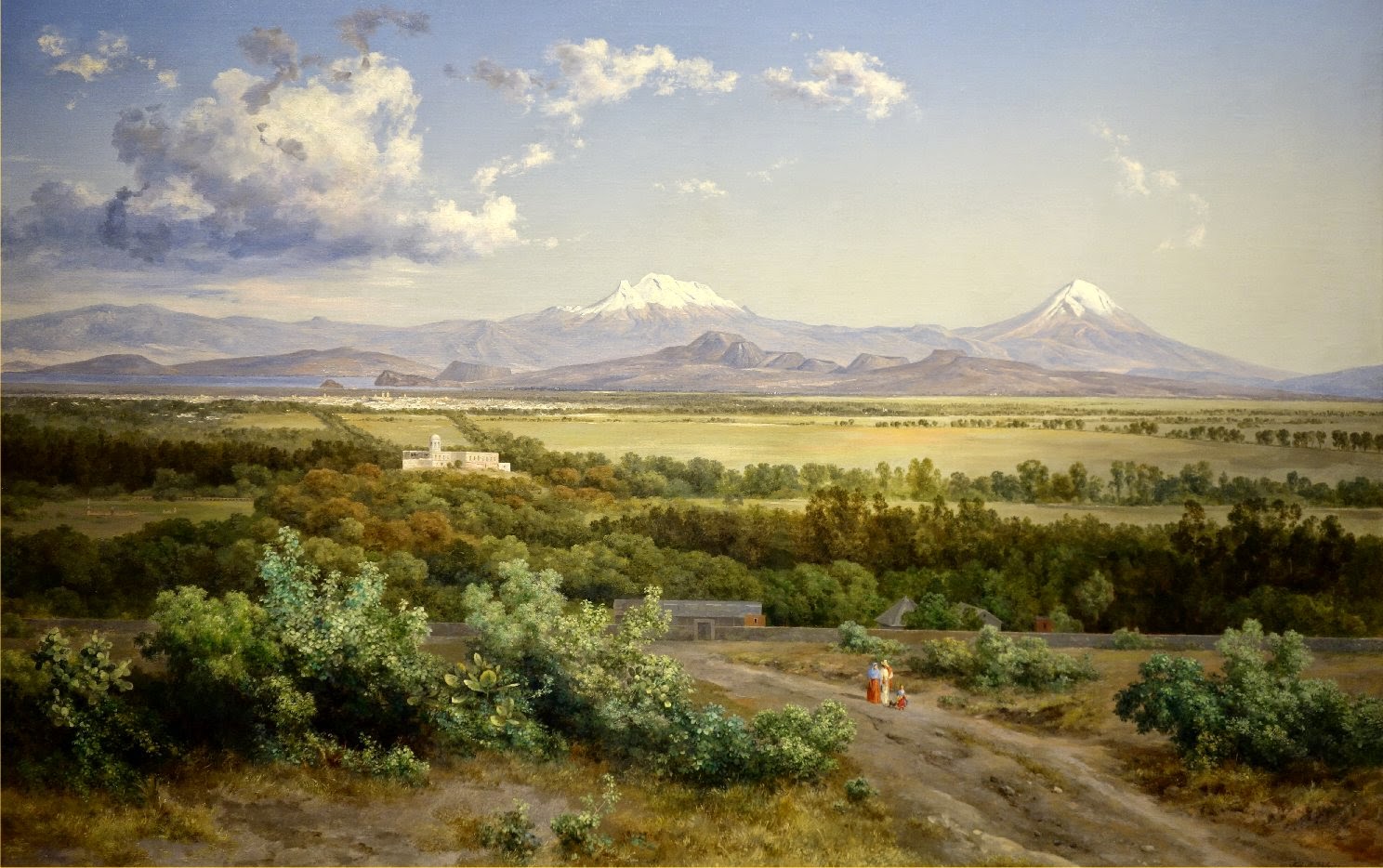 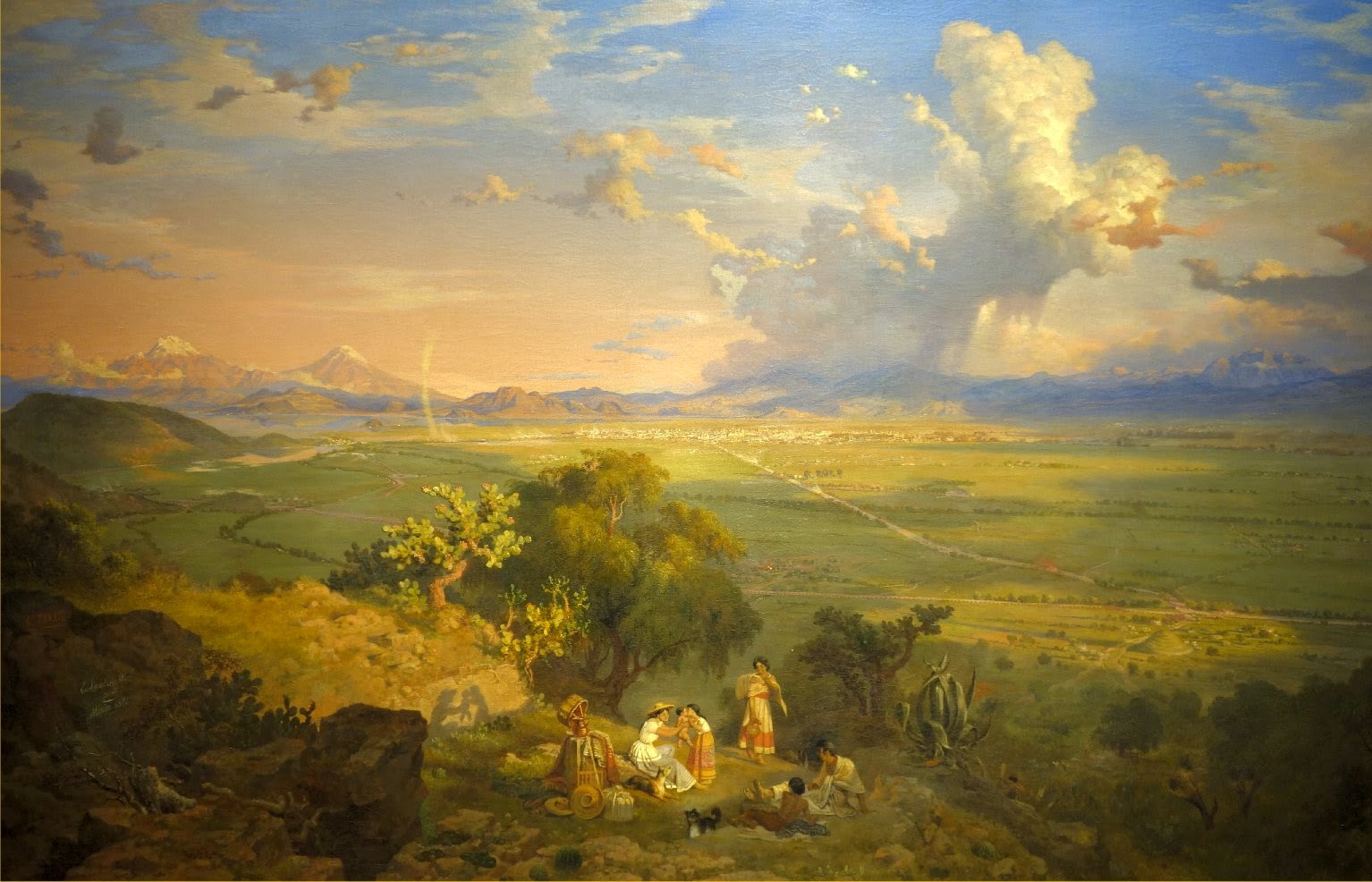 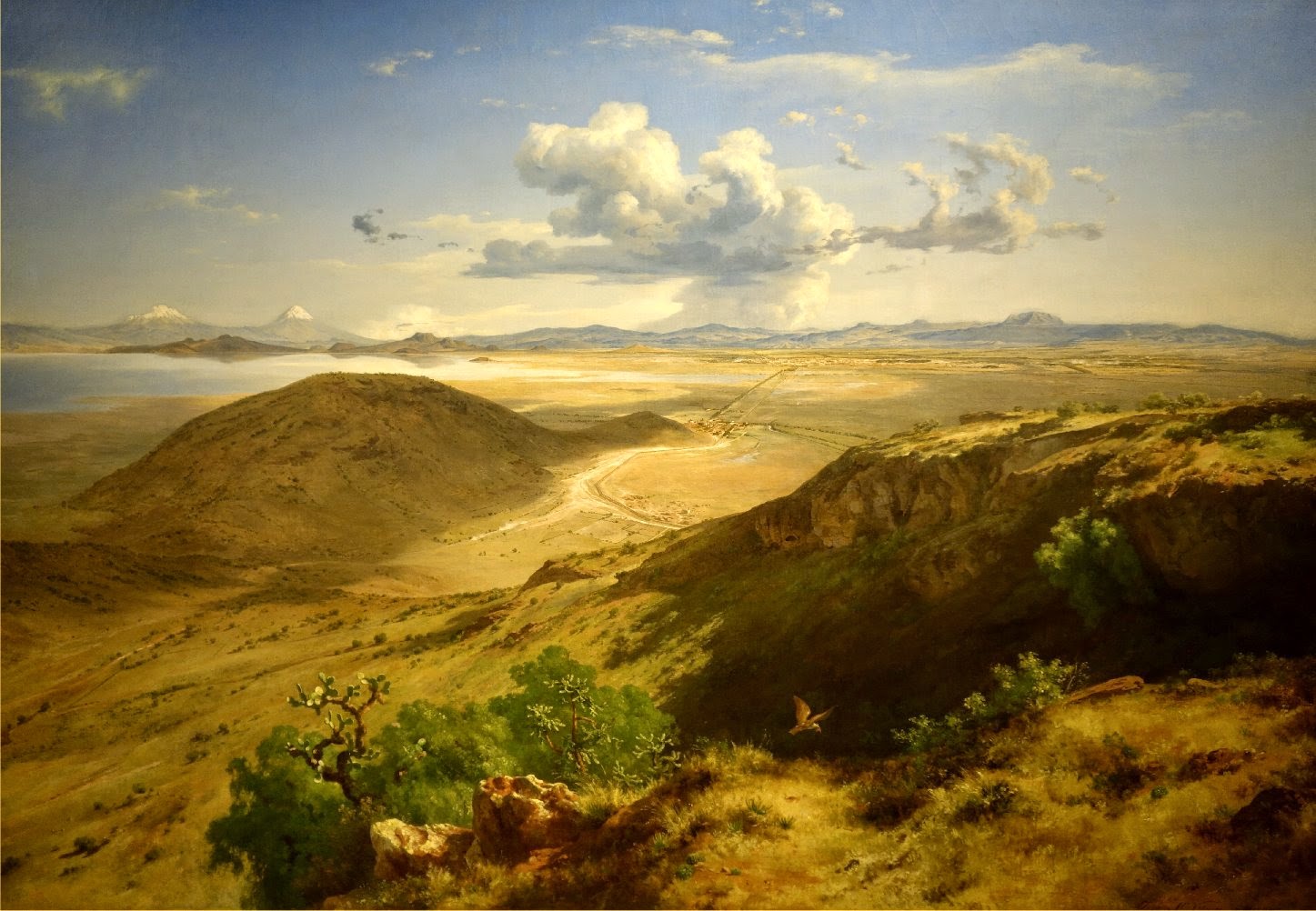 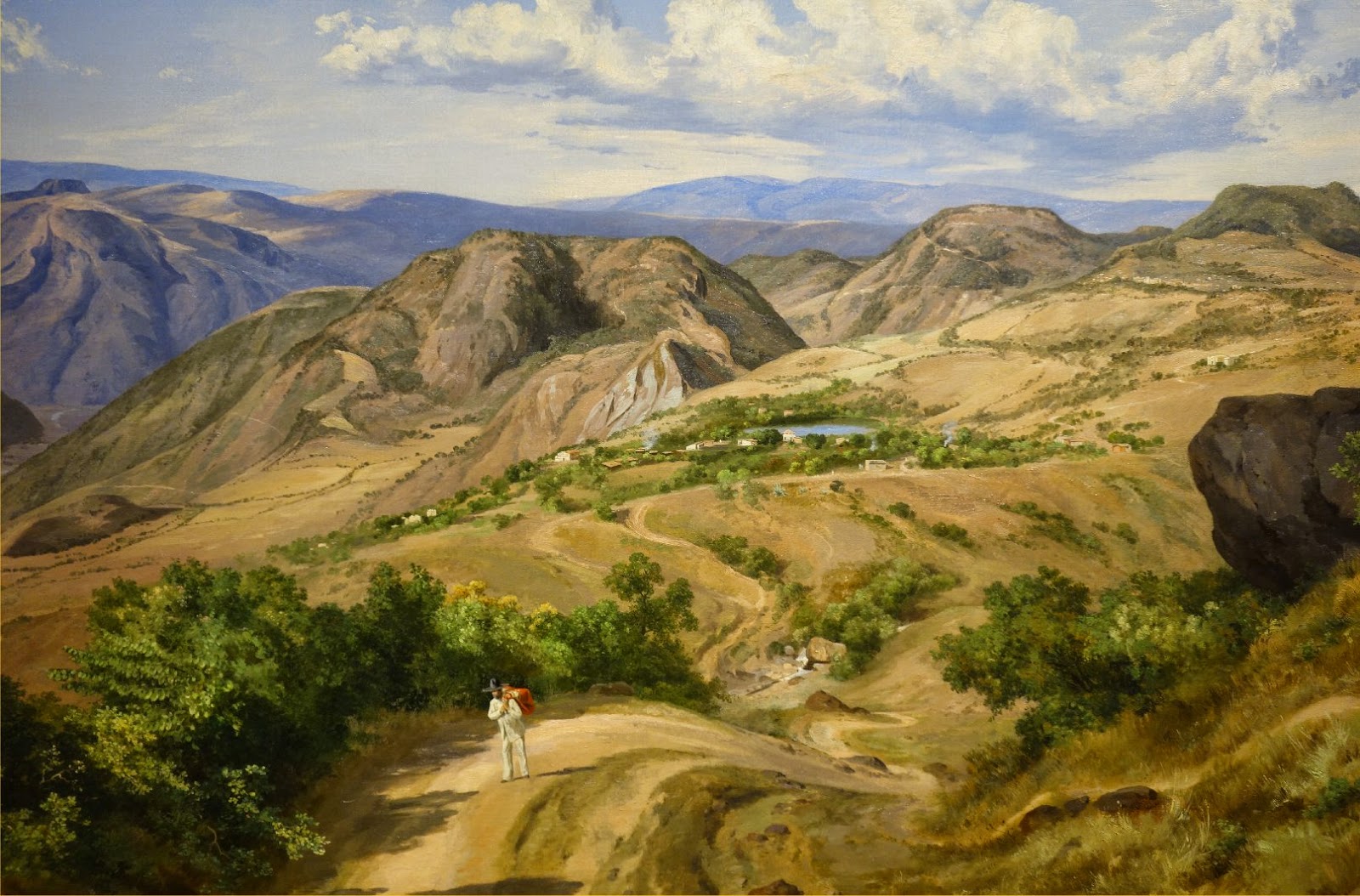 In the late 19th century paintings portraying pre-Hispanic mythology and early Mexican history were very much in vogue.  I find the paintings in these galleries to be very interesting even if art critics today probably consider them very conventional, academic art of the era. 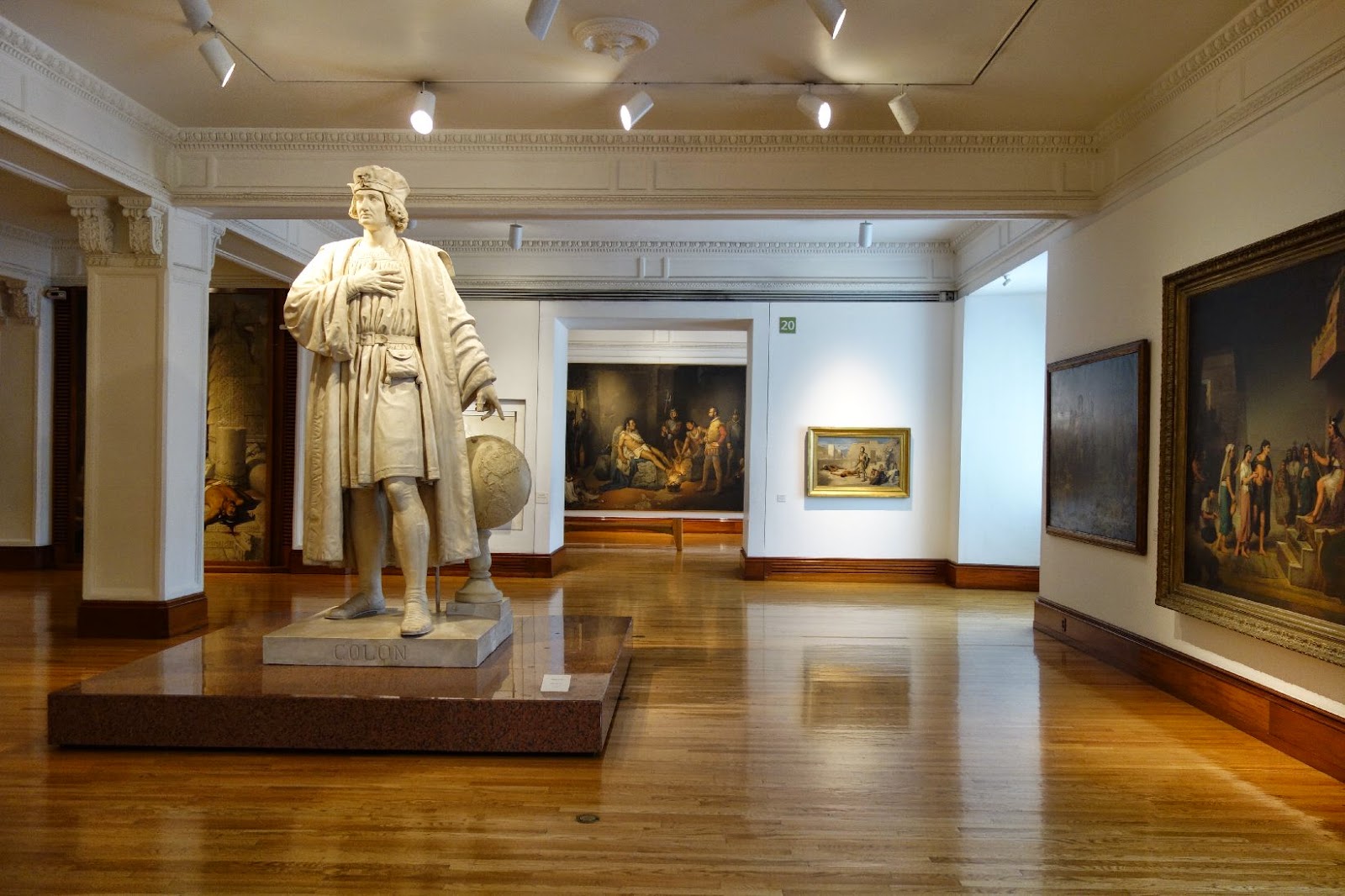 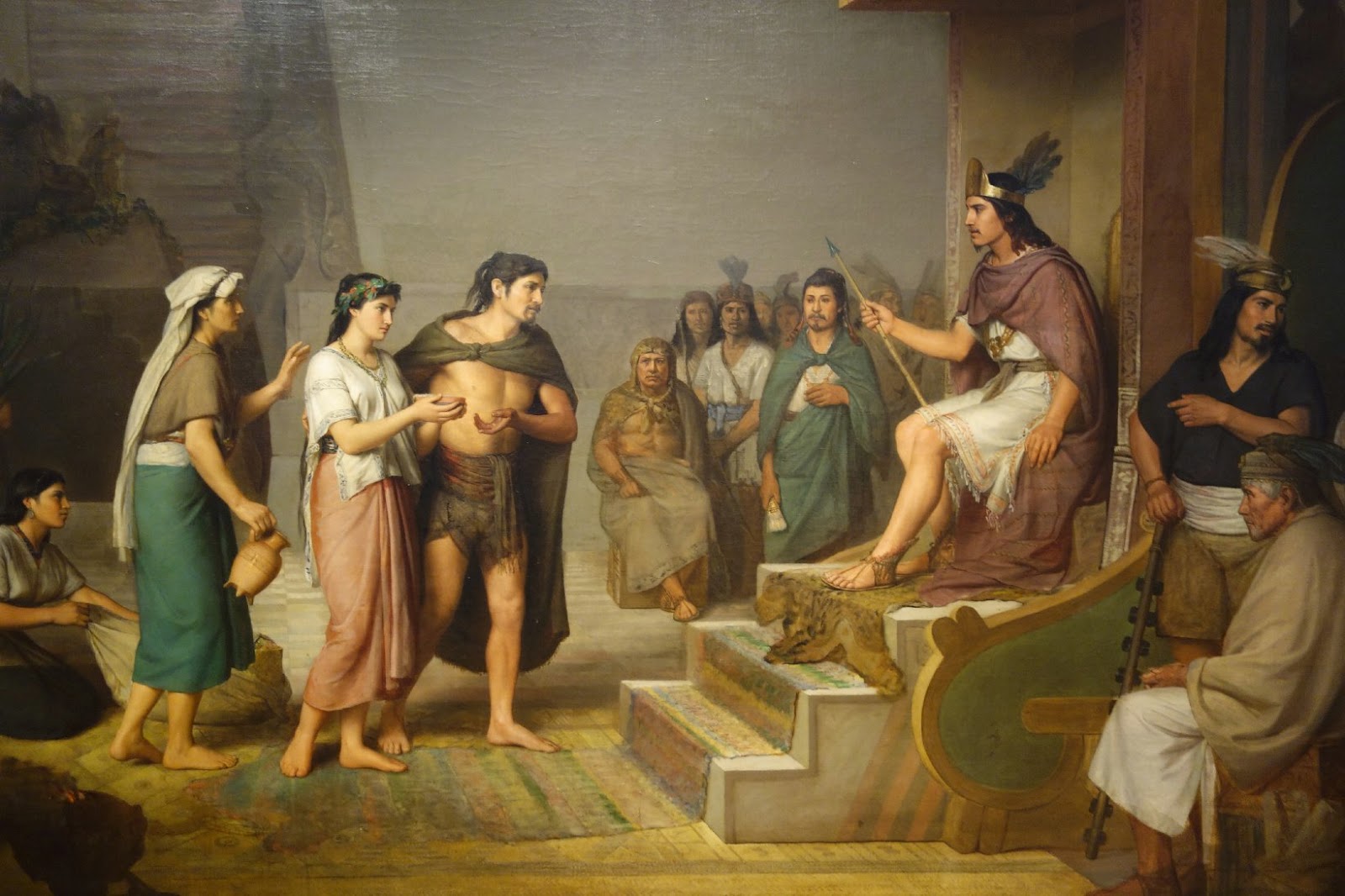 The mythological story of "The Discovery of Pulque"
(Pulque is an alcoholic beverage which dates back to pre-Hispanic Mexico.) 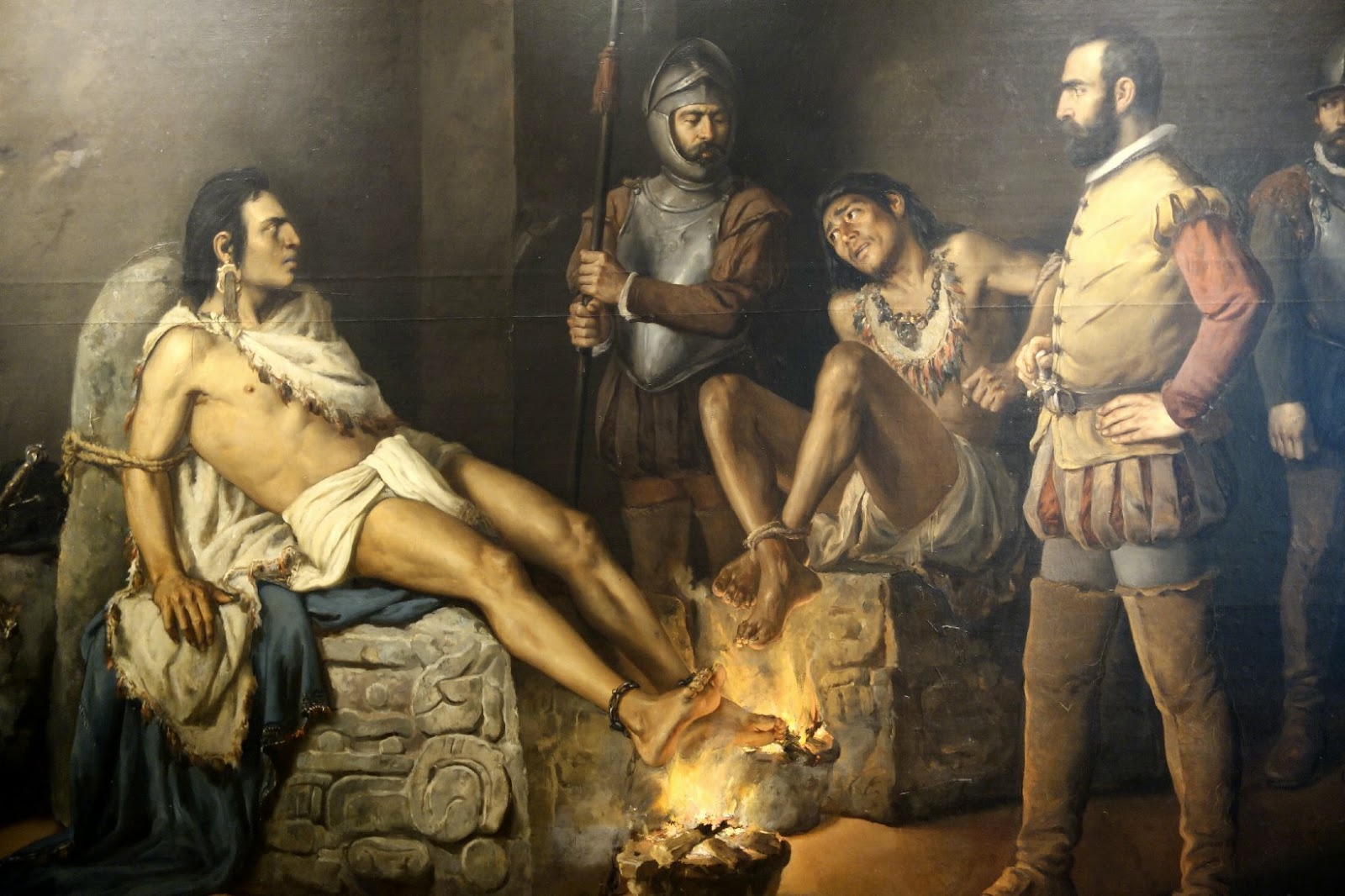 The torture of Cuauhtemoc, the last Aztec emperor by the Spanish

An early 20th century Mexican artist that I find quite interesting is Gerardo Murillo, who signed his paintings "Dr. Atl".  I suppose you could say that "Dr, Atl" continued the tradition of Velasco in that he primarily painted Mexican landscapes.  However, you can see that his style was quite different.  He was also obsessed with volcanoes and their eruptions. 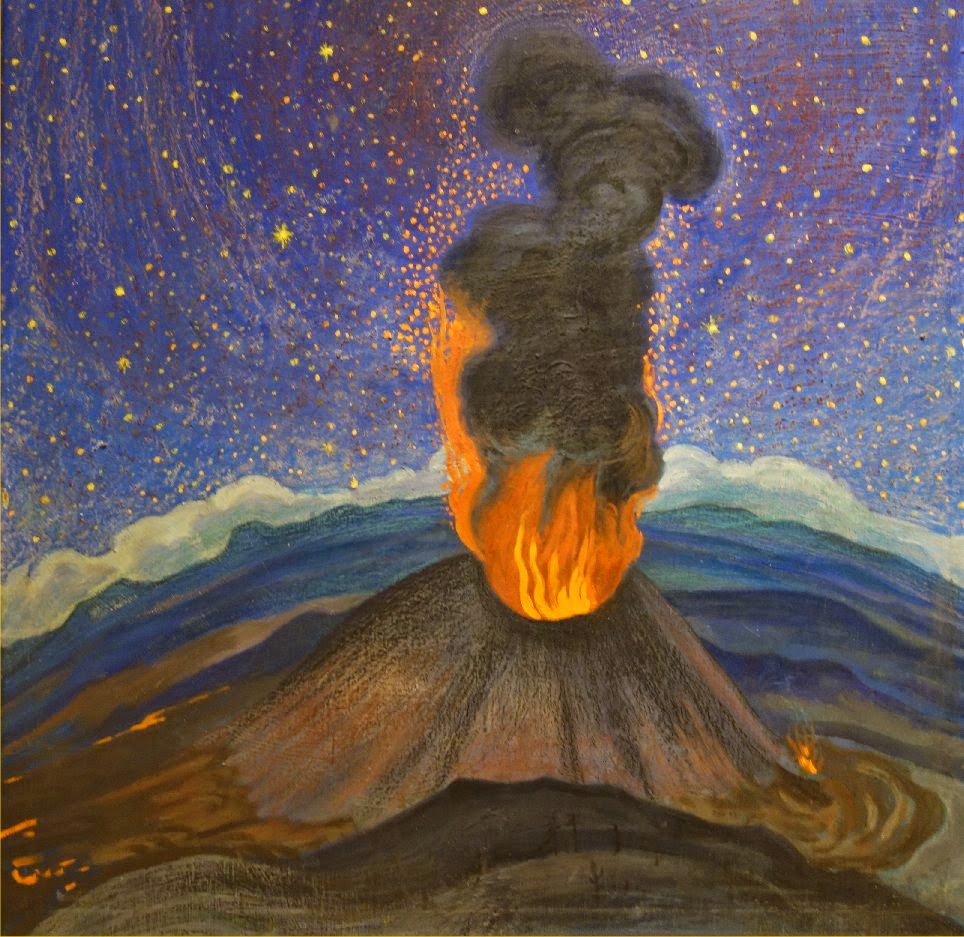 Mexico City has more museums than any other city in the world.  Although I would not necessarily put the National Museum of Art at the top for a first time visitor to Mexico City, I would definitely place in the top ten list  (maybe even top five) of the city's best museums.
Posted by Retired Teacher at 1:03:00 PM