The Menu of the Day

In Mexico the principal meal of the day, "la comida", is traditionally served in the mid-afternoon.  In another era, working men would return home for their "comida" and take a short siesta before going back to work.  But that was an age in which one did not have to battle traffic and in which wives were at home to cook.  Today's working men and women head out during their break to a nearby restaurant for their meal.  Around 2:00 P.M.  the countless restaurants throughout Mexico City are busy.   In fact, many of these little eating spots do all their business in the afternoon and are closed in the evening.

Restaurants typically will have an afternoon "menu of the day",  It will consist of two or three courses, usually with several choices for each course.  The "menu of the day" at many places is ridiculously cheap, and is a good choice for those traveling on a shoestring budget. Often these special menus are rather bland and unimaginative, but you can find some little "hole in the wall" restaurants that have very tasty meals.

On Nuevo Leon Avenue in the Condesa neighborhood of Mexico City, there is a little Argentinian bakery called "Victoria".  I have stopped there many times for a pastry or two... or three. 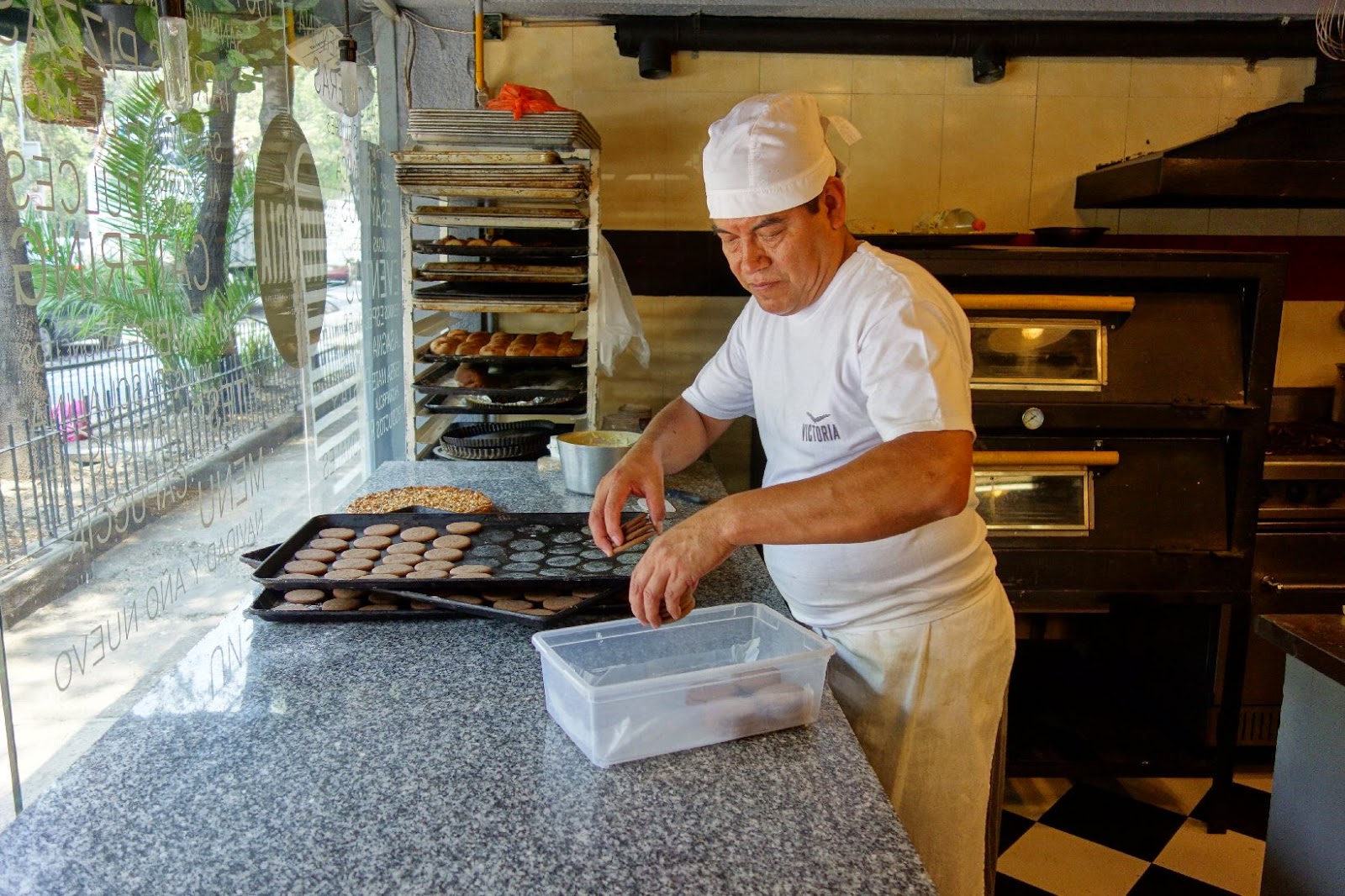 One of the bakers at work at "Victoria"

While passing by the bakery, I noticed that they are now serving a "menu of the day", so yesterday I went there for my "comida".  I sat on a stool at a small counter by the window looking out at the avenue and "Parque España", the park on the other side of the street.  For my first course I had a choice of soup or salad.  I had the soup... a potato soup which was a bit too salty.  I had eight choices for my main course.  (Usually you don't have that many options on the "menu of the day".)  I selected the chicken breast stuffed with spinach.  I also had my choice of several sides, and I went with the "ensalada rusa", a Spanish version of potato salad.  The chicken and the potato salad were very good! 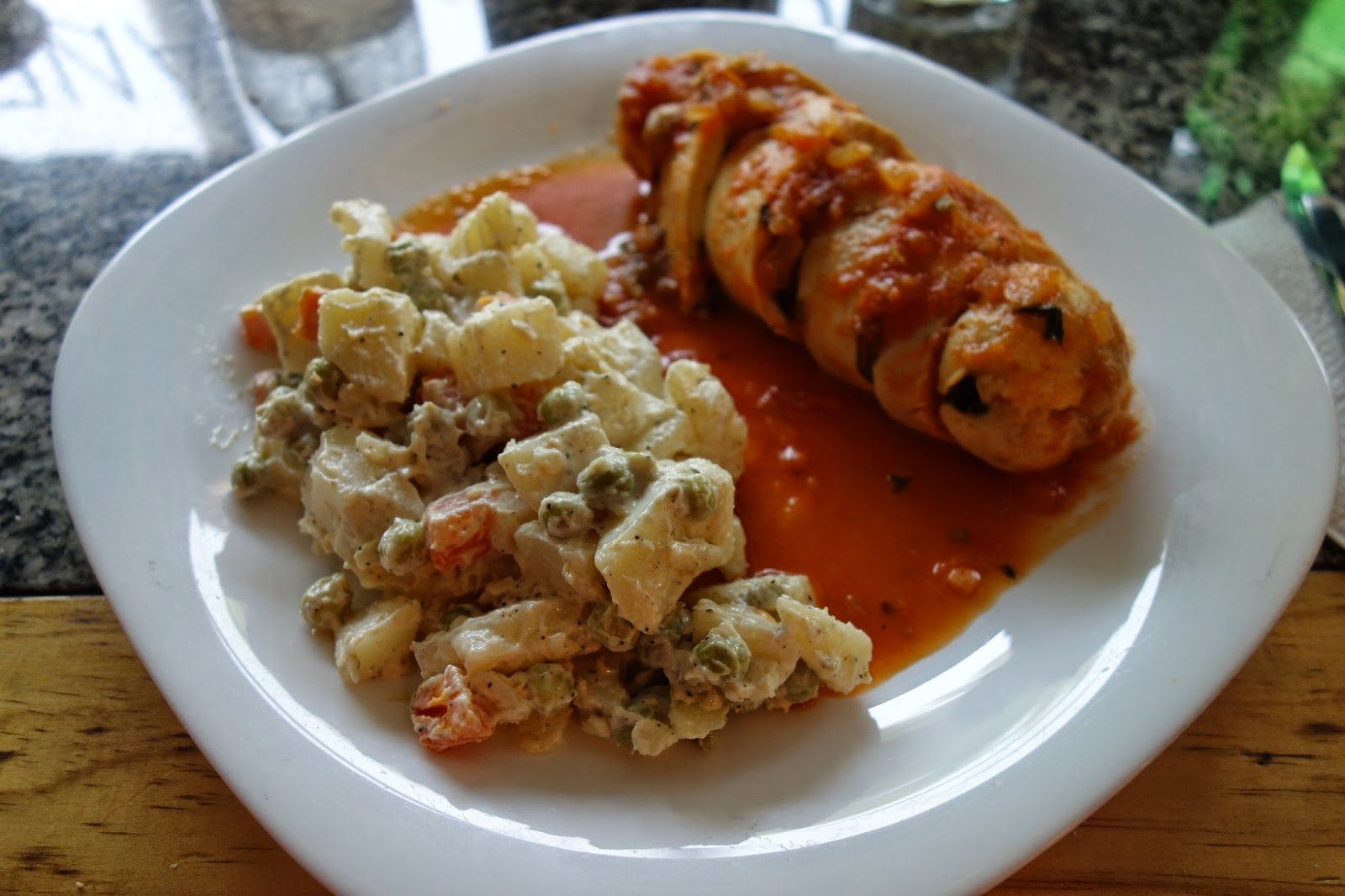 For dessert I could choose from several of their delicious little pastries.  I had a "media luna de dulce de leche"... a crescent-shaped pastry with a caramel filling.