Just a short walk from the apartment where I am staying is "Parque México".  This park is the centerpiece of Mexico City's Condesa neighborhood, and was created in the 1920s at the time that the area was being developed as an affluent residential district.  The focal point of the park is an open-air theater known as the "Foro Lindbergh" (Lindbergh Forum).  It was built in 1927 when the aviator Charles Lindbergh was an international hero for his solo trans-Atlantic flight.  Sadly the "Foro" had fallen into disrepair and was covered in graffiti.

Some time ago, while on an earlier trip to Mexico City, I wrote that the "Foro" was being restored.  On the last several trips, there have been barricades around the construction area.  A few days ago I took a stroll through "Parque México", and I was pleased to see that the renovation is finally complete. 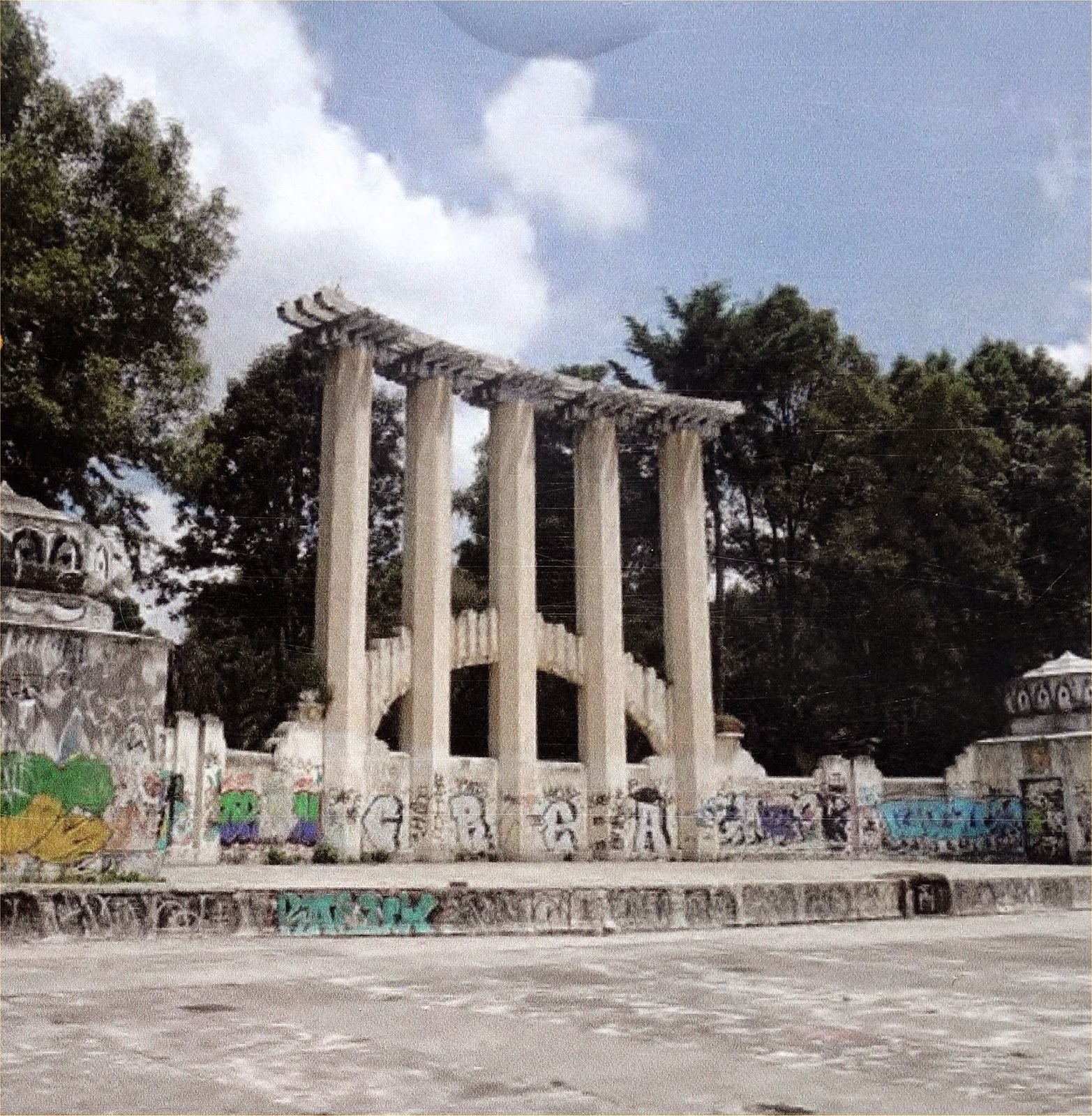 This photo shows the graffiti-covered "Foro" before the restoration project. 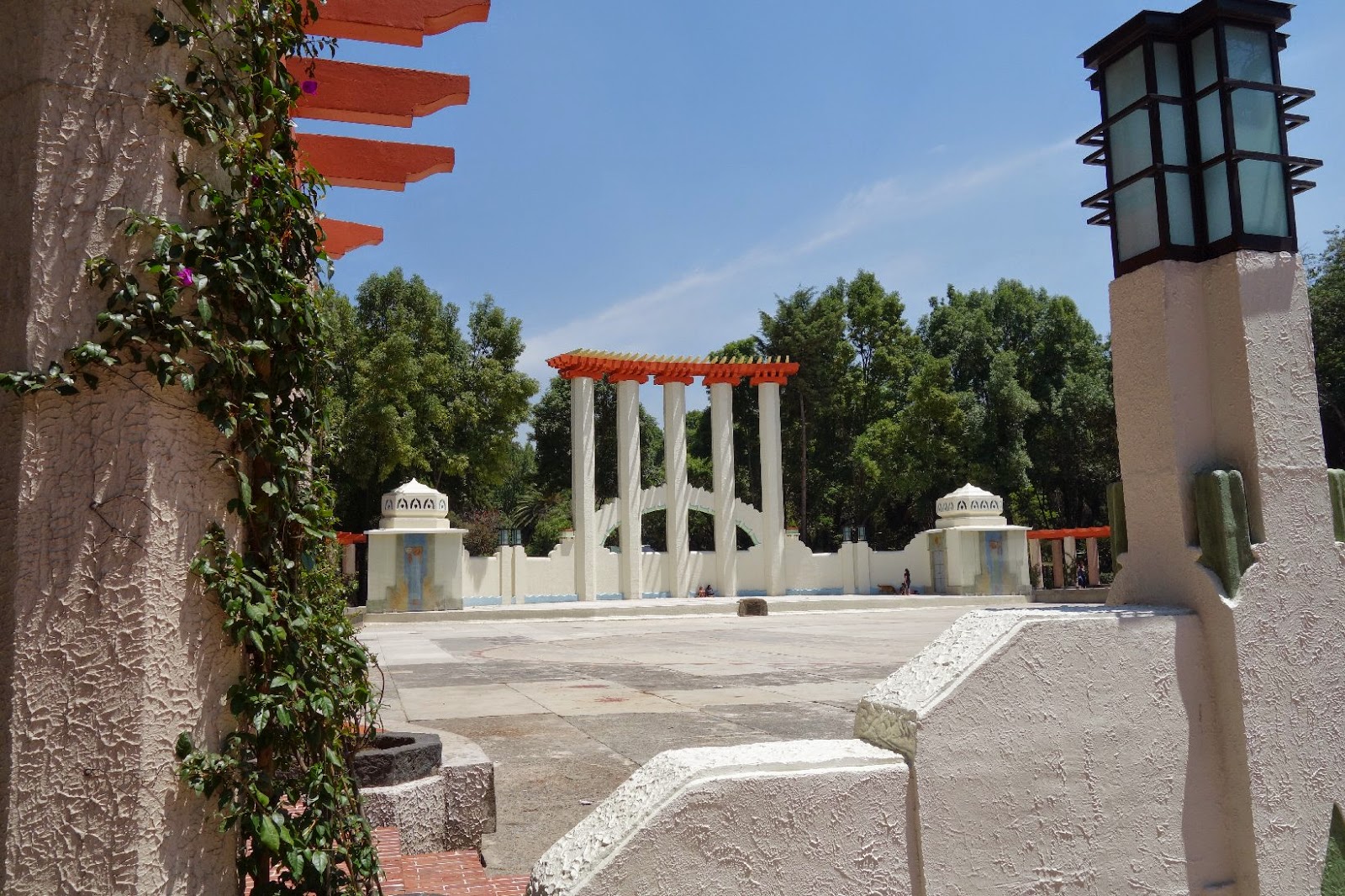 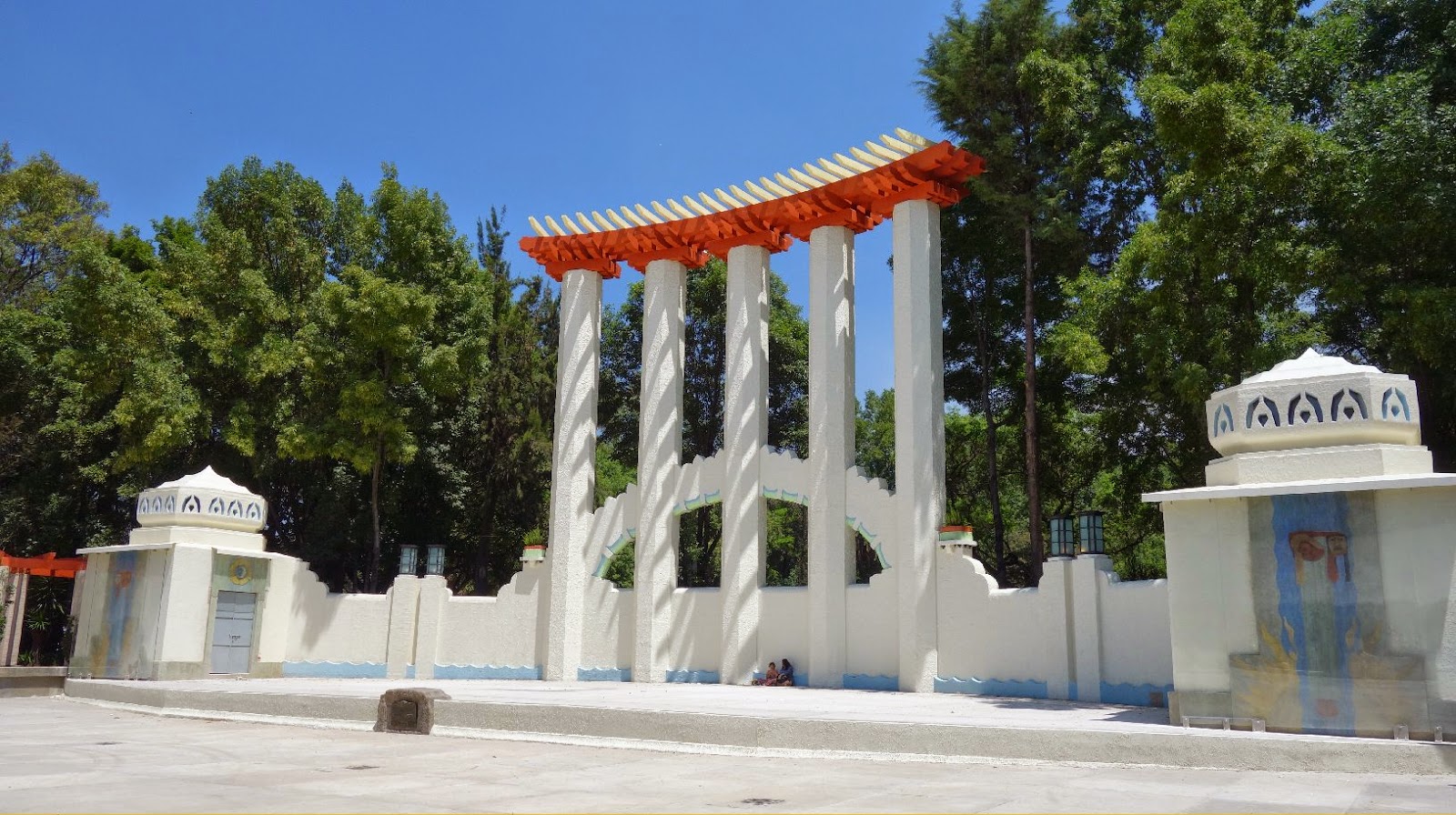 The "Foro" included a number of murals by the artist Roberto Montenegro.  These had been virtually covered with graffiti.  The murals have been recreated and are now protected by sheets of plexiglass. 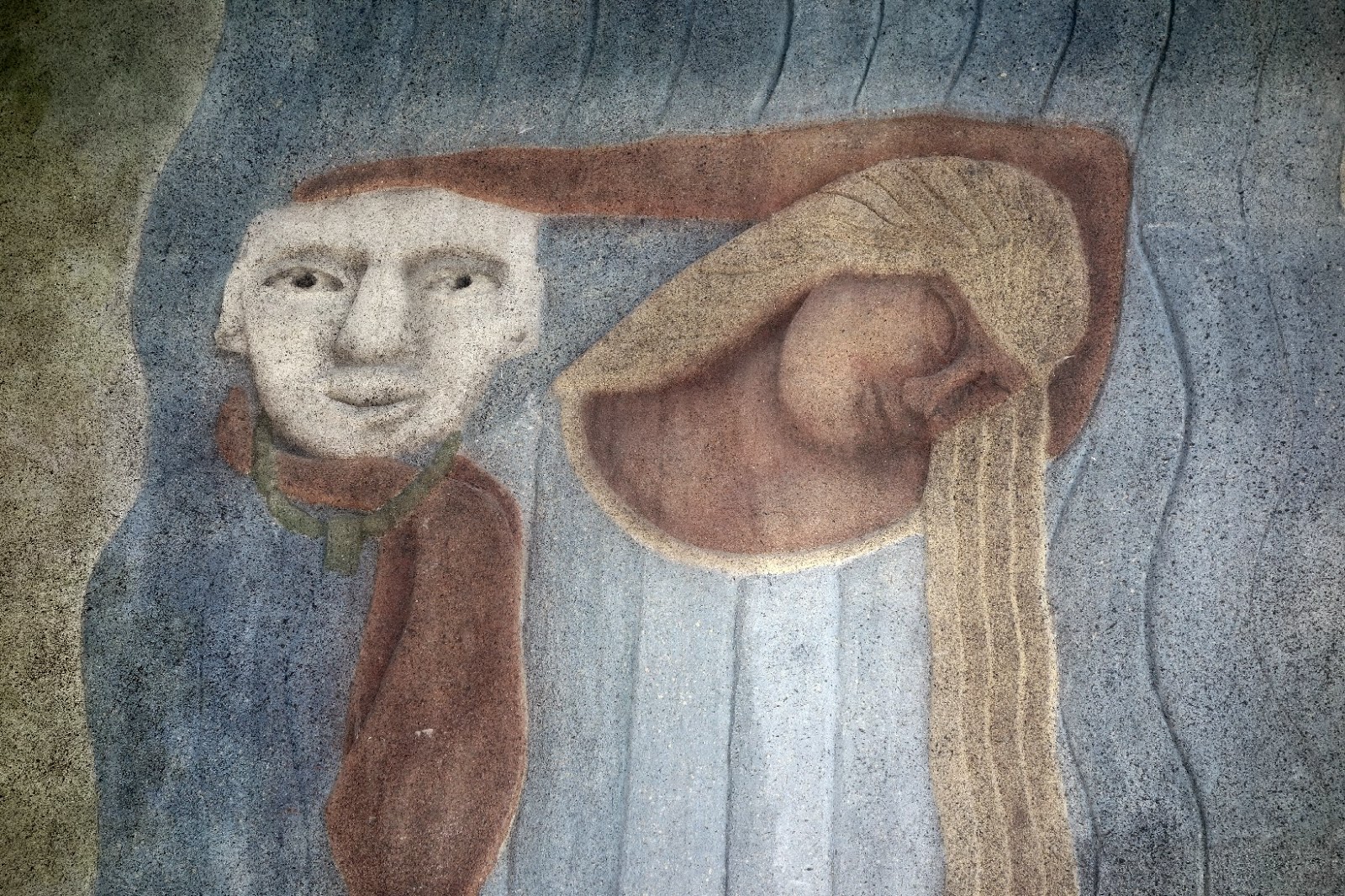 The pergolas that curve around each side of the "Foro" have also been renovated. 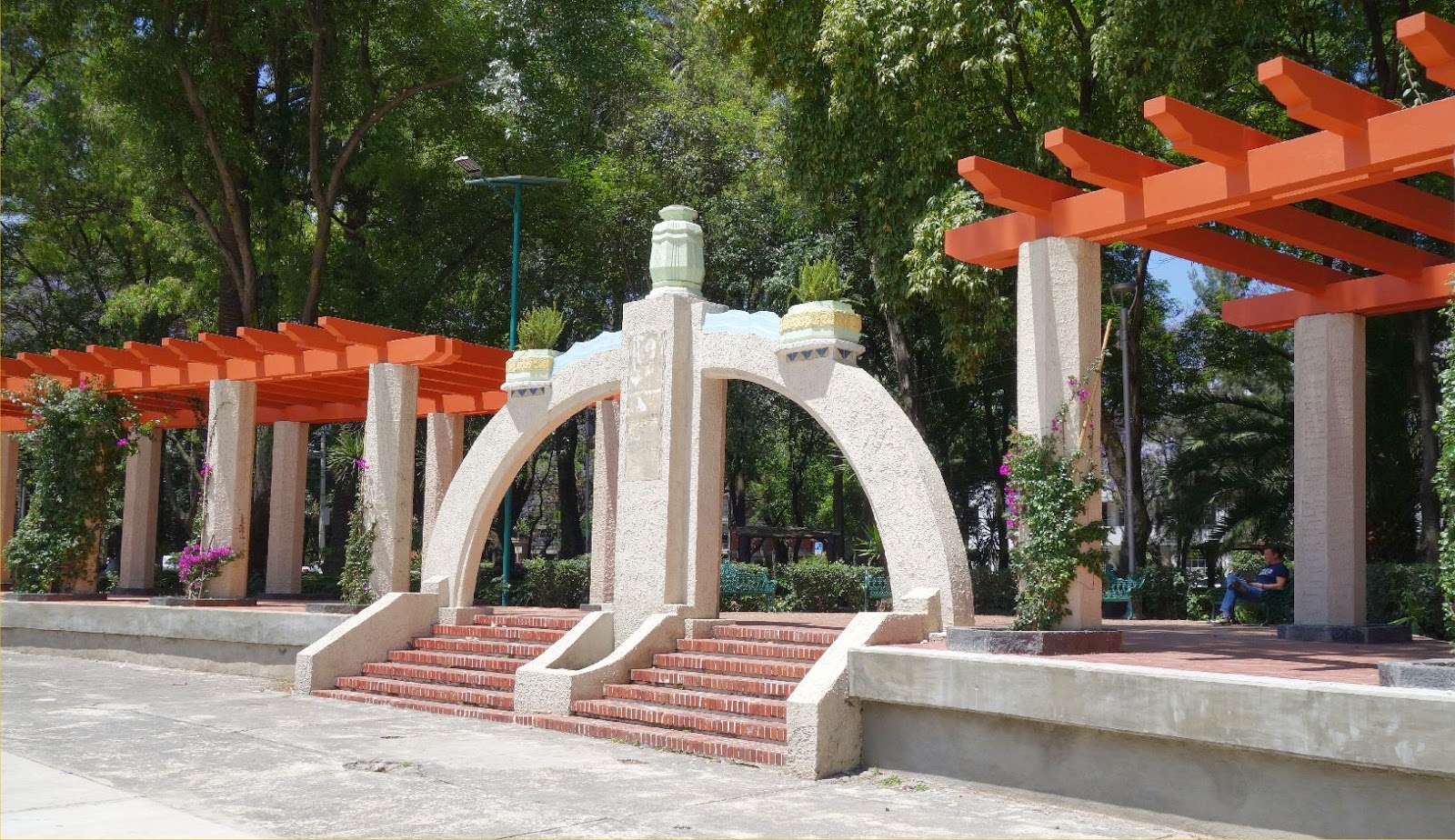 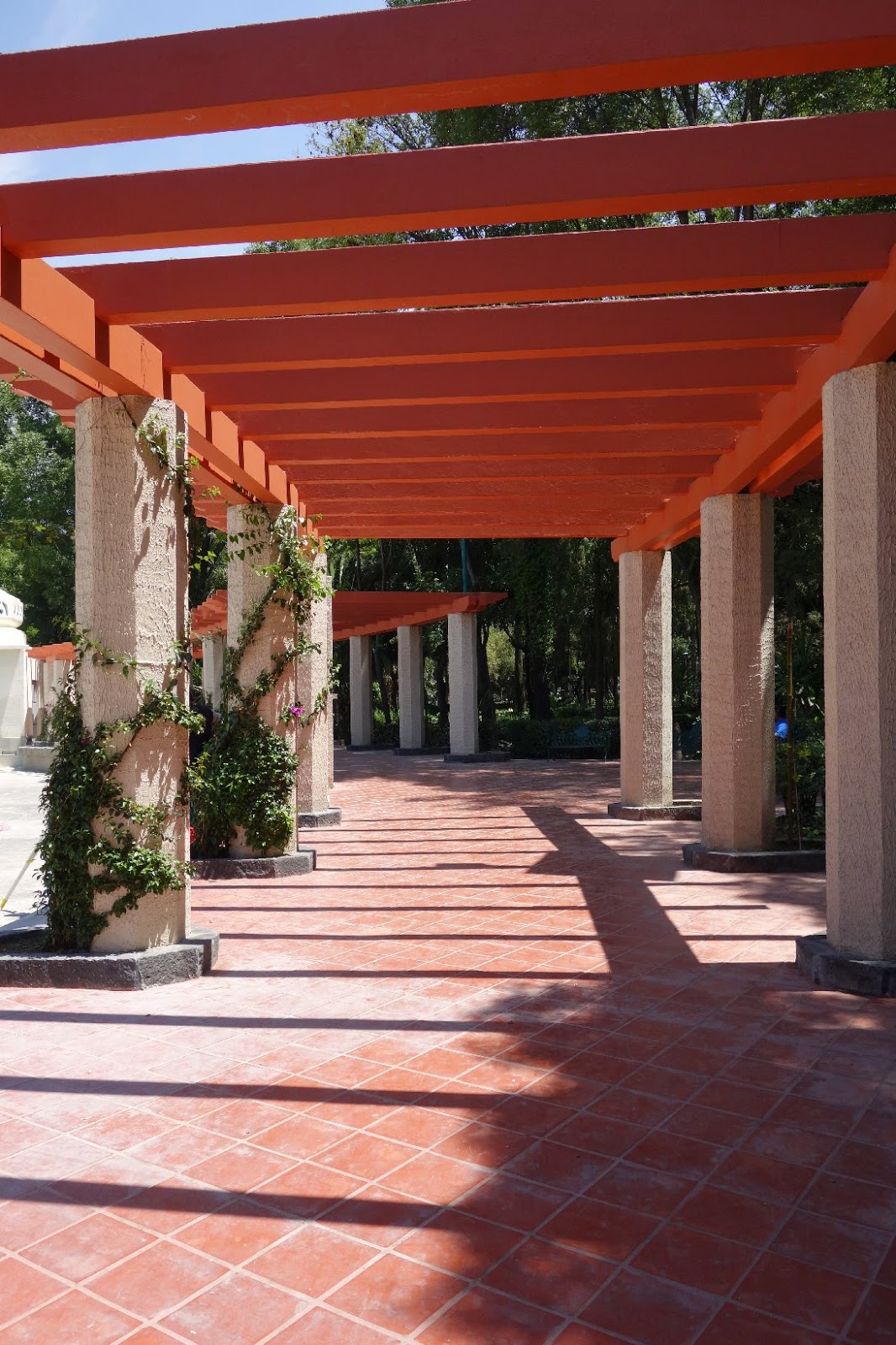 At the entrance to the "Foro" is a fountain, "La Fuente de los Cántaros",  which is the symbol of the Condesa neighborhood.  This sculpture of a naked women holding jars from which water flowed was also badly deteriorated and covered with graffiti.  Although the fountain was not turned on, this too has been cleaned and repaired. 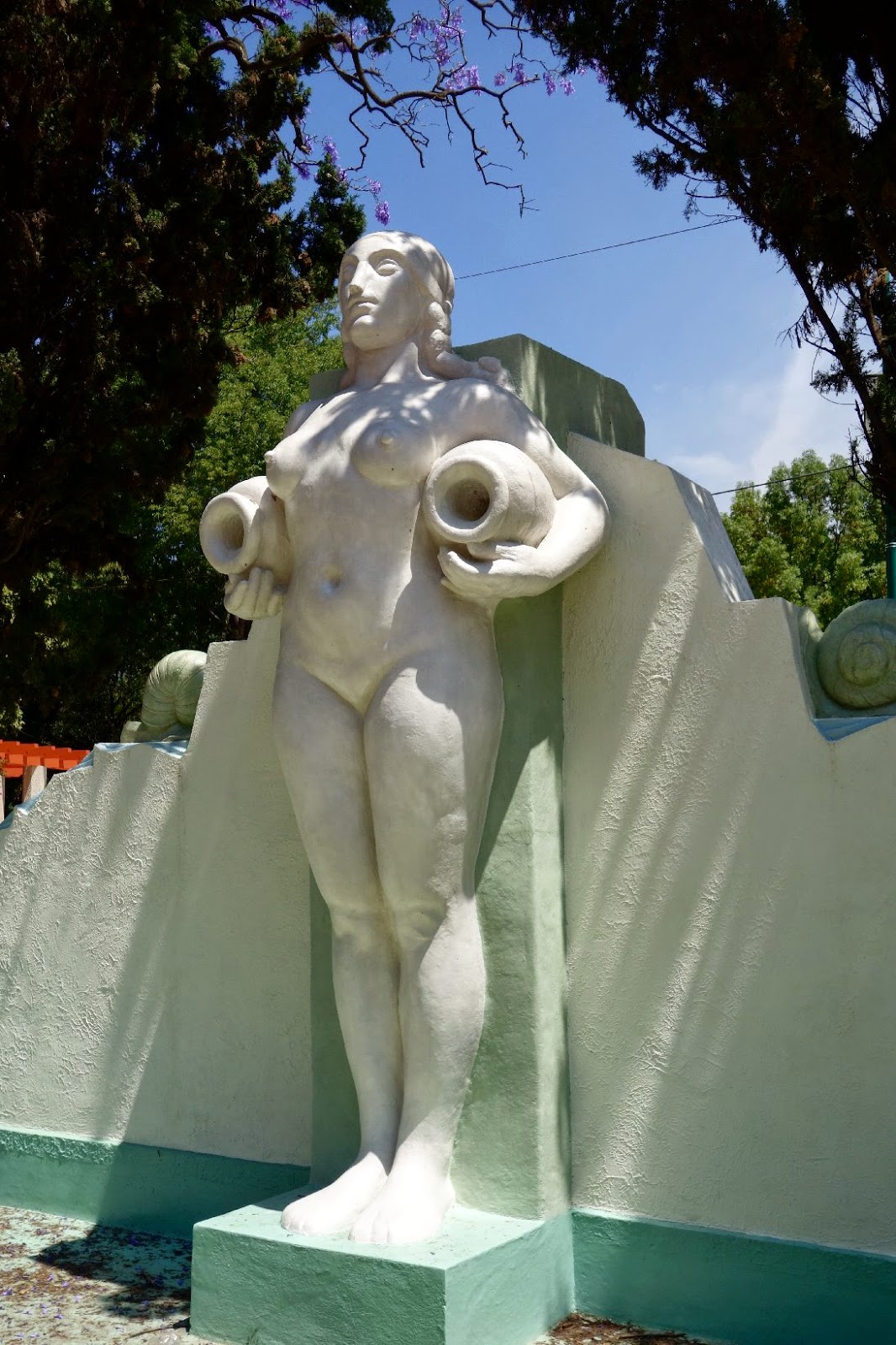 The restoration adds immensely to the attractiveness of the park and of the Condesa neighborhood.  I hope that the authorities will assiduously remove any graffiti that should appear so as to discourage future vandalism!
Posted by Retired Teacher at 10:37:00 PM