On the next-to-the-last night of my recent visit to Mexico City, Alejandro and I went to a restaurant that specializes in Portuguese cuisine.  The place is called "Lusitano" (a reference to the ancient Roman province which is today Portugal).  It is located in the neighborhood of Roma Norte, which is one of the "hot spots" for fine dining in Mexico City.  "Lusitano" is just a short walk from the apartment which I rented, and we had been there a couple times before on my previous visits to the city.  I have read that the owner of the restaurant is from Portugal.  Although Portuguese cuisine shares many characteristics with Spanish cooking, the food is distinctive and not very well known.

We began our meal with "sopa de habas", a soup made with something very similar to our lima beans.  At first taste it seemed a bit salty, although its taste grew on us.

For his main course, Alejandro ordered "bife a café", a dish that is perhaps more Brazilian than Portuguese, or perhaps an invention of the chef.  Alejandro had it the last time we were here, and he really liked it.  It is a beef steak covered in a sauce made with coffee. 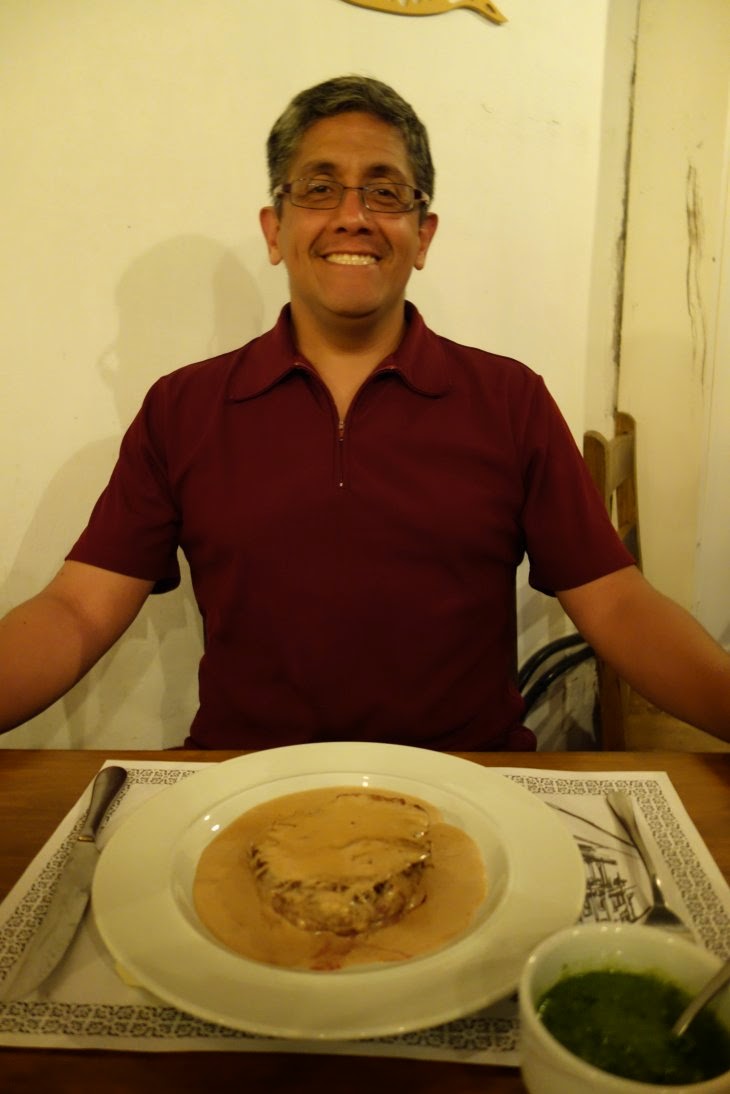 I had a more traditional dish... "bacalau com natas".  "Bacalau" ("bacalao" in Spanish) is salted codfish, and is a mainstay of Iberian cuisine.  This was a casserole with shredded codfish in a rich béchamel sauce,  It was delicious and quite filling.  The next time I go there, I will definitely sample another one of the many "bacalau" dishes on the menu. 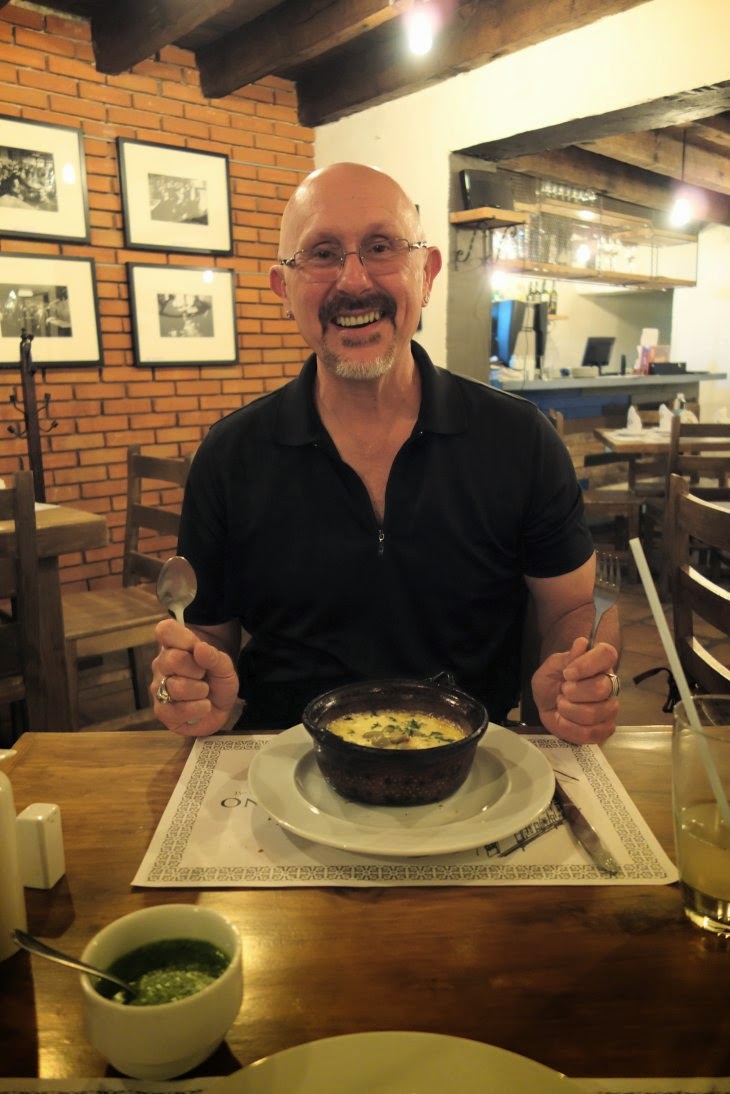 I highly recommend "Lusitano" in Mexico City when you want a break from Mexican cuisine!