The Last Voyage of the Frigate Mercedes

When I visited Mexico City's Anthropology Museum last week there was a special exhibit entitled "El Ultimo Viaje de la Fragata Mercedes" (The Last Voyage of the Frigate Mercedes).  This show was organized by the Spanish Naval Museum and the National Archaeological Museum of Spain.  This is the first time that the exhibit has traveled outside of Spain.

The show deals with a Spanish frigate that was attacked and sunk by the British in 1804 during the Napoleonic Wars.  The "Mercedes" was part of a small fleet of four Spanish frigates that was returning from South America laden with bullion and merchandise.  They had almost reached the Spanish port of Cádiz when they were stopped a squadron of larger British ships off the coast of Portugal.  Although England and Spain were not at that time at war, the British demanded to inspect the Spanish fleet.  When the Spanish commander refused, the British bombarded the "Mercedes".  The ship exploded and sank.  Around 250 lives were lost.  The other three Spanish ships surrendered and were taken by the British. 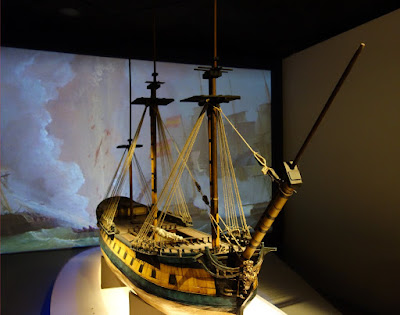 A model of the "Mercedes"

Two centuries later an U.S. treasure-hunting company called Odyssey Marine Expeditions found the wreckage of the "Mercedes" and salvaged 500,000 gold and silver coins.  The treasure was taken to Tampa, Florida.

The Spanish government filed suit, claiming that the wreckage and its contents were a part of the nation's cultural patrimony.  In 2013 the U.S. Federal Court ruled in favor of the Spanish, and that the treasure must be returned.  It was a landmark case establishing the rights of underwater archaeological patrimony.

The exhibit details the history of the ill-fated frigate, the later discovery and salvage, and the court case.  At the end is a display of 30,000 gold and silver coins from the "Mercedes". 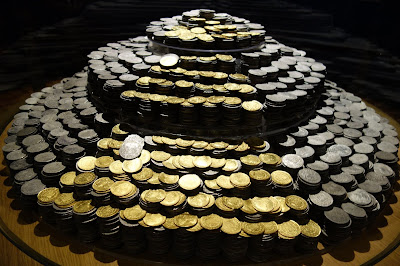 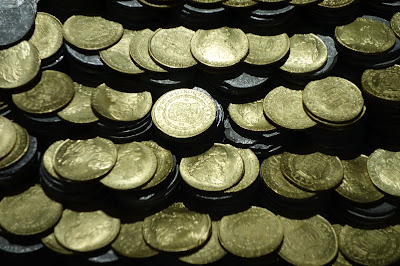 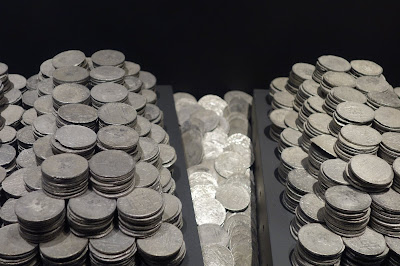