An Afternoon on the Zócalo

Yesterday I took the subway to the Zócalo, the huge main plaza of Mexico City.  I wanted to see what sort of activities for the Day of the Dead were going on in the heart of the city.

On the Zócalo there were 113 replicas of "trajineras", the gondola-like boats that you see at the Floating Gardens of Xochimilco.  (I have no idea what the significance of the number 113 was.)  In each boat there was an "ofrenda", an offering to the dead. 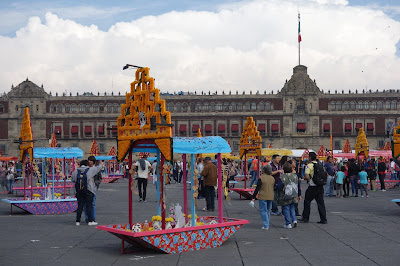 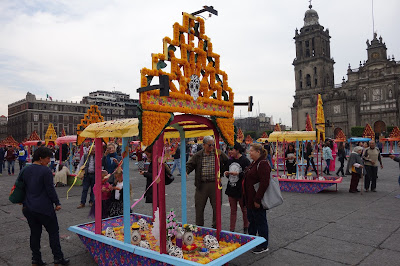 Passersby could write a message and pin it to the ribbons hanging from the "trajineras".  Of course, the majority of the messages were written in memory of departed loved ones.  But there were also many messages decrying corruption and injustice in their country. 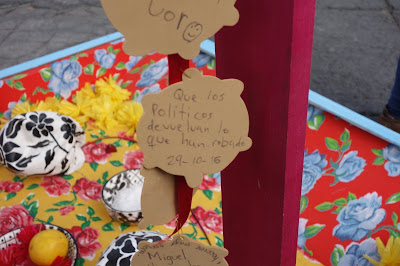 "Let the politicians return what they have robbed."

There was also a large stage set up on the Zócalo for a number of events scheduled for the Day of the Dead season.  I arrived just in time for one of those events, a program called "Danza Sin Fronteras"... Dance Without Borders.  A number of folkloric dance troupes from a variety of countries performed.

The first group was from Slovakia... 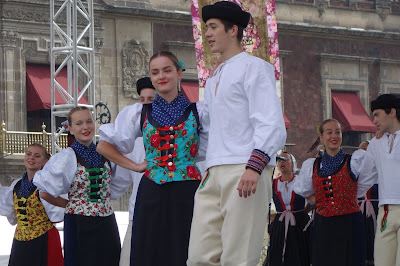 They were followed by a group from Peru... 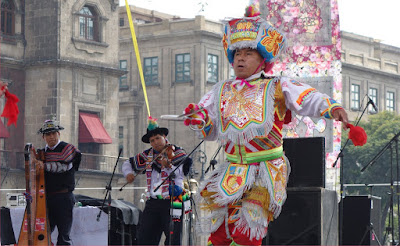 They performed a dance called the "Dance of the Scissors".  Obviously these fellows' mothers had never told them, "Don't run with scissors", because they were doing the most astounding acrobatic moves with scissors in hand.  The crowd gave them a huge round of applause, cheers, and "bravos!" which was definitely well deserved.

They were followed by a group from Poland who performed a series of elegant, stately dances. 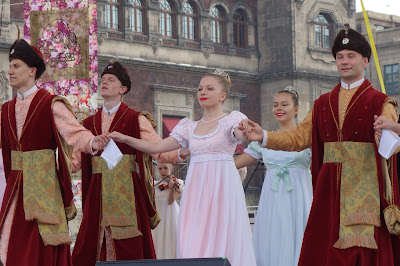 The next group was from Panama.  The lively Latin rhythms of the music and the gorgeous costumes of the women were appreciated by the audience. 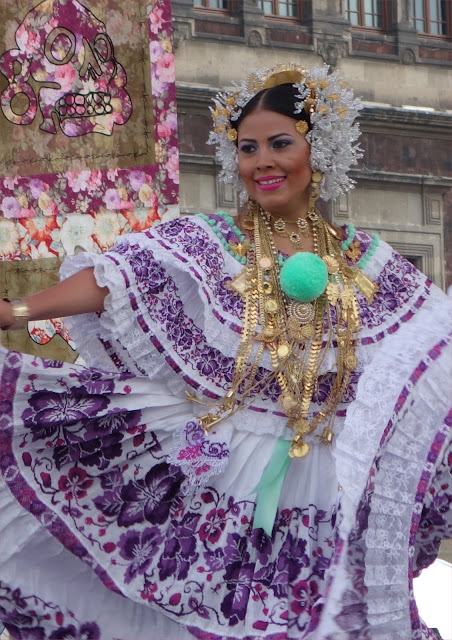 Next were dance groups from Estonia and Bulgaria... 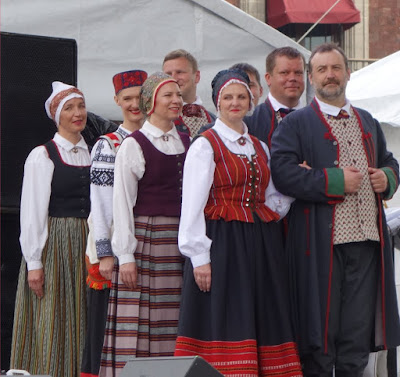 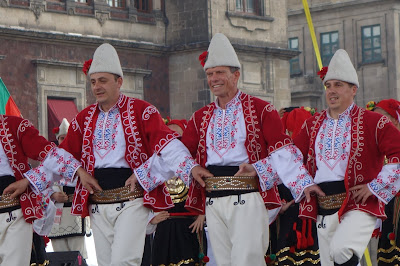 The program ended with a Mexican troupe called "México Lindo".  After the wonderful performances that had been given by the other countries, one would expect a grand finale from the Mexican performers.  After all, when it comes to the variety and richness of music, dance and regional attire, Mexico takes a back seat to no one.  Sadly, Mexico's contribution to the show was completely lackluster.  The dancing was not especially impressive, and the costumes looked like they had been pieced together from a second-hand store.

They began with a tribute to the Mexican painter, Frida Kahlo.   It was rather bizarre.  I have no clue as to why the women were wearing skirts made out of newpapers. 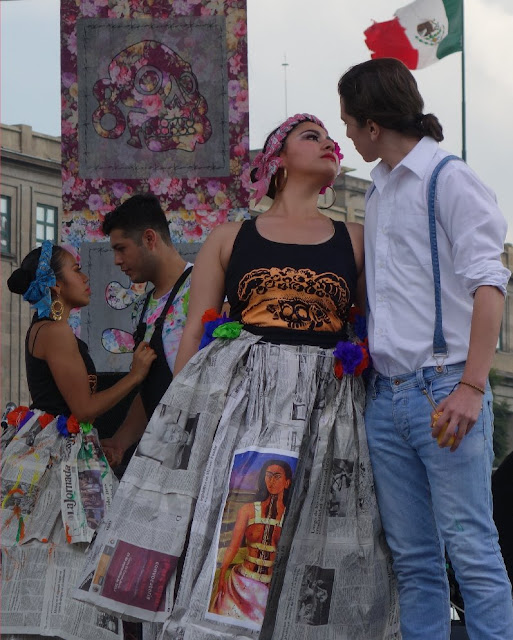 They then danced to a few songs popular during the Mexican Revolution.  Although the audience enjoyed hearing the well-known songs, there was nothing technically impressive about the dances.

After the show, I heard one Mexican couple bemoaning the fact that all the other countries performed better than Mexico.

Come on Mexico!  With the wealth of talent and folklore that you possess, you could have done much better than that!
Posted by Retired Teacher at 1:01:00 PM